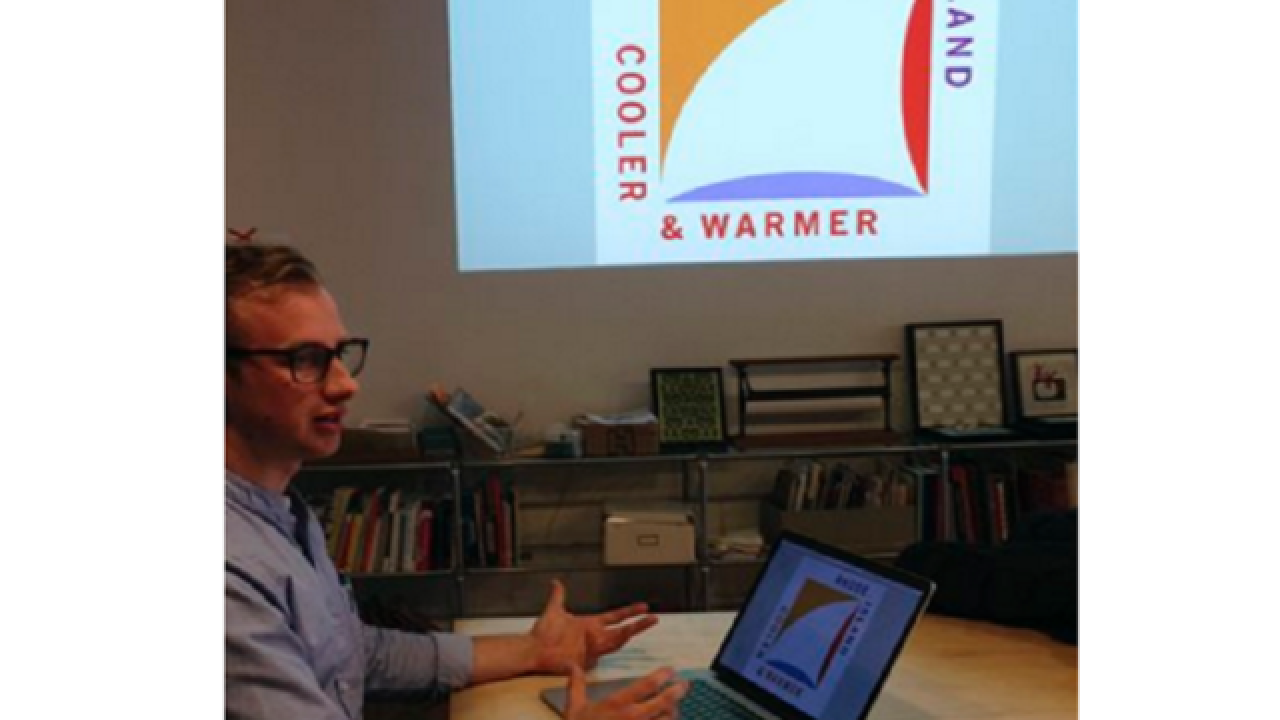 Rhode Island officials yanked a new tourism video, designed to draw visitors to the state, off YouTube in embarrassment on Tuesday after eagle-eyed viewers complained it showed a scene shot in Iceland's capital, Reykjavik.
The state's economic development agency, the Rhode Island Commerce Corporation, confirmed the goof and blamed an editing company.
The state released the video at a meeting on Monday night and posted it online Tuesday for a new campaign. The video's intro features a skateboarder outside a glass building and has a narrator saying, "Imagine a place that feels like home but holds enough uniqueness that you're never bored." People on social media said: Hey, that's not Rhode Island — that's the Harpa concert hall and conference center in Reykjavik.
Designer Greg Nemes visited Iceland in October and said he recognized the photogenic building, which has a steel framework and an exterior skin of differently colored glass panels.
"It was pretty unmistakable to me, so I did some digging around and posted on Facebook about it," he said.
Social media users agreed with him, posting side-by-side photos of the building in the Rhode Island ad and Harpa.
Early Tuesday, the Rhode Island Commerce Corporation's art director said he could "assure that all shots" were in Rhode Island. But later Tuesday, a spokeswoman for the agency confirmed that the building in the state's tourism ad is Harpa and said an editing company used the wrong footage.
"As the Commerce Corporation put this presentation video together, explicit instructions were given to the local firm that helped with editing to use only Rhode Island footage," spokeswoman Kayla Rosen said in an email. "A mistake was made. Once the mistake was identified, the video was removed."
She said the video, which cost $22,000 to make, is being updated at no cost to the Commerce Corporation or the state.
It's not the first time people have been embarrassed because they used incorrect footage in their promotional videos.
In February, a TV ad for Republican presidential candidate Marco Rubio, a U.S. senator from Florida, opened with a scene from Vancouver, Canada. In 2007, Tennessee's tourism department caught flak for using a photo taken in Alaska. And in 2014, the Republican candidate for governor in Rhode Island was called out after he filmed a TV ad in Ohio.
On Twitter, Rhode Island state Rep. Daniel Reilly, a Republican, questioned the cost of the state's tourism video and its use of stock footage of Reykjavik. He added the hashtag #nicejob.
Nemes, who teaches at the Rhode Island School of Design, said he wasn't on a crusade to bring anyone to justice and there's a lot to like about the state's tourism video. He said he just questions why Rhode Island needed a scene from elsewhere to look good.
The state released the video and a new logo, with the slogan "Cooler & Warmer," as part of a $5 million integrated campaign to attract tourism and business.
Associated Press 2016