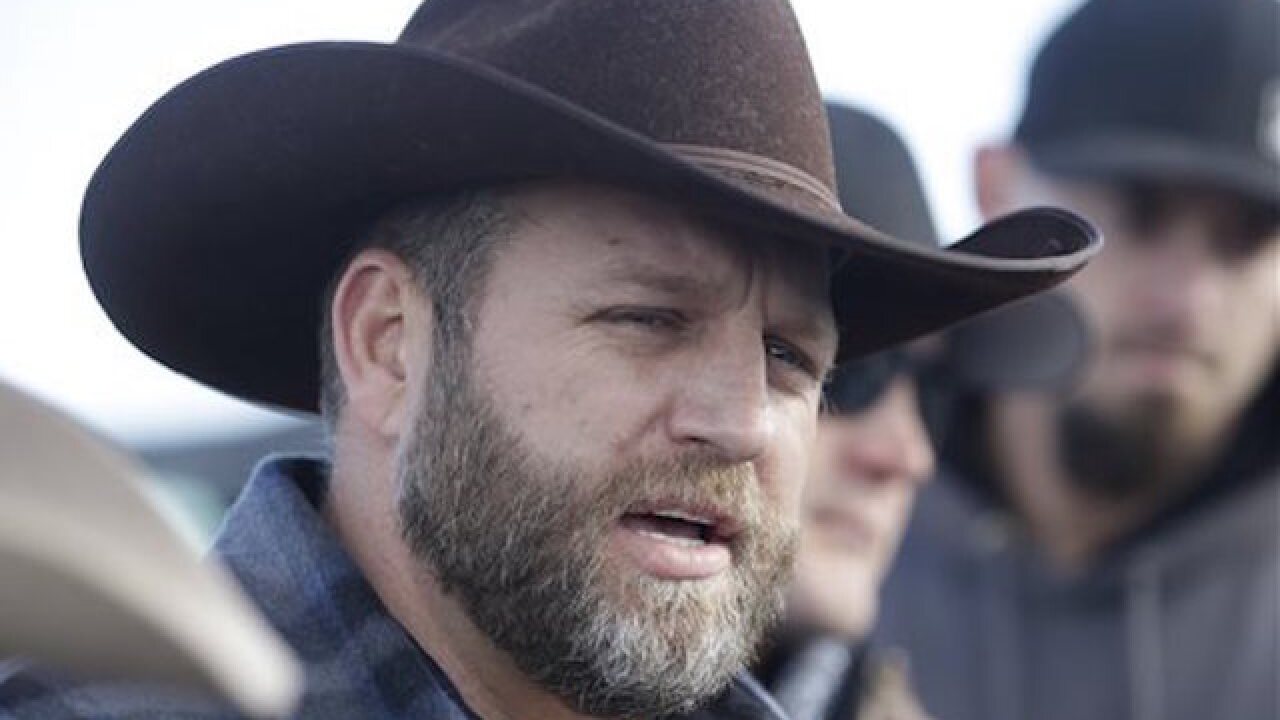 Copyright Associated Press
Rick Bowmer
<p>Ammon Bundy, one of the sons of Nevada rancher Cliven Bundy, speaks to reporters during a news conference at Malheur National Wildlife Refuge on Wednesday, Jan. 6, 2016, near Burns, Ore. With the takeover entering its fourth day Wednesday, authorities had not removed the group of roughly 20 people from the Malheur National Wildlife Refuge in eastern Oregon's high desert country. (AP Photo/Rick Bowmer)</p>

BURNS, Ore. (AP) — The leader of an American Indian tribe that regards an Oregon nature preserve as sacred issued a rebuke Wednesday to the armed men who are occupying the property, saying they are not welcome at the snowy bird sanctuary and must leave.

The Burns Paiute tribe was the latest group to speak out against the men, who have taken several buildings at the preserve to protest policies governing the use of federal land in the West.

"The protesters have no right to this land. It belongs to the native people who live here," tribal leader Charlotte Rodrique said.

She spoke at a news conference at the tribe's cultural center, about half-hour drive from Malheur National Wildlife Refuge, which is being occupied by some 20 men led by Ammon Bundy, whose father Cliven was at the center of a standoff in Nevada with federal officials in 2014 over use of public lands.

Ammon Bundy is demanding that the refuge be handed over to locals.

Rodrique said she "had to laugh" at the demand, because she knew Bundy was not talking about giving the land to the tribe.

The 13,700-acre Burns Paiute Reservation is north of this remote town in Oregon sagebrush country. The reservation is separate from the wildlife refuge, but tribal members consider it part of their ancestral land.

As with other tribes, the Burns' Paiute's link to the land is marked by a history of conflict with white settlers and the U.S. government. In the late 1800s, they were forced off a sprawling reservation created by an 1872 treaty that was never ratified. Some later returned and purchased property in the Burns area, where about 200 tribal members now live.

Bundy's group seized buildings Saturday at the nature preserve in eastern Oregon's high desert country. Authorities have made no attempt to remove them.

The standoff in rural Oregon is a continuation of a long-running dispute over federal policies covering the use of public lands, including grazing. The federal government controls about half of all land in the West. For example, it owns 53 percent of Oregon, 85 percent of Nevada and 66 percent of Utah, according to the Congressional Research Service.

The Bundy family is among many people in the West who contend local officials could do a better job of managing public lands than federal officials.

"It is our goal to get the logger back to logging, the rancher back to ranching," Ammon Bundy said Tuesday.

The argument is rejected by those who say the U.S. government is better equipped to manage public lands for all those who want to make use of them.

Among those groups are Native Americans.

The Burns Paiute tribe has guaranteed access to the refuge for activities that are important to their culture, including gathering a plant used for making traditional baskets and seeds that are used for making bread. The tribe also hunts and fishes there.

Rodrique said the armed occupiers are "desecrating one of our sacred sites" with their presence at refuge.

Jarvis Kennedy, a tribal council member, said: "We don't need these guys here. They need to go home and get out of here."

Randy Eardley, a Bureau of Land Management spokesman, said Bundy's call for control of the land to be transferred makes no sense.

"It is frustrating when I hear the demand that we return the land to the people, because it is in the people's hand — the people own it," Eardley said. "Everybody in the United States owns that land. ... We manage it the best we can for its owners, the people, and whether it's for recreating, for grazing, for energy and mineral development."

Bundy's group, calling itself Citizens for Constitutional Freedom, says it wants an inquiry into whether the government is forcing ranchers off their land after Dwight Hammond and his son, Steven, reported back to prison Monday.

The Hammonds, who have distanced themselves from the group, were convicted of arson three years ago and served no more than a year. A judge later ruled that the terms fell short of minimum sentences requiring them to serve about four more years.