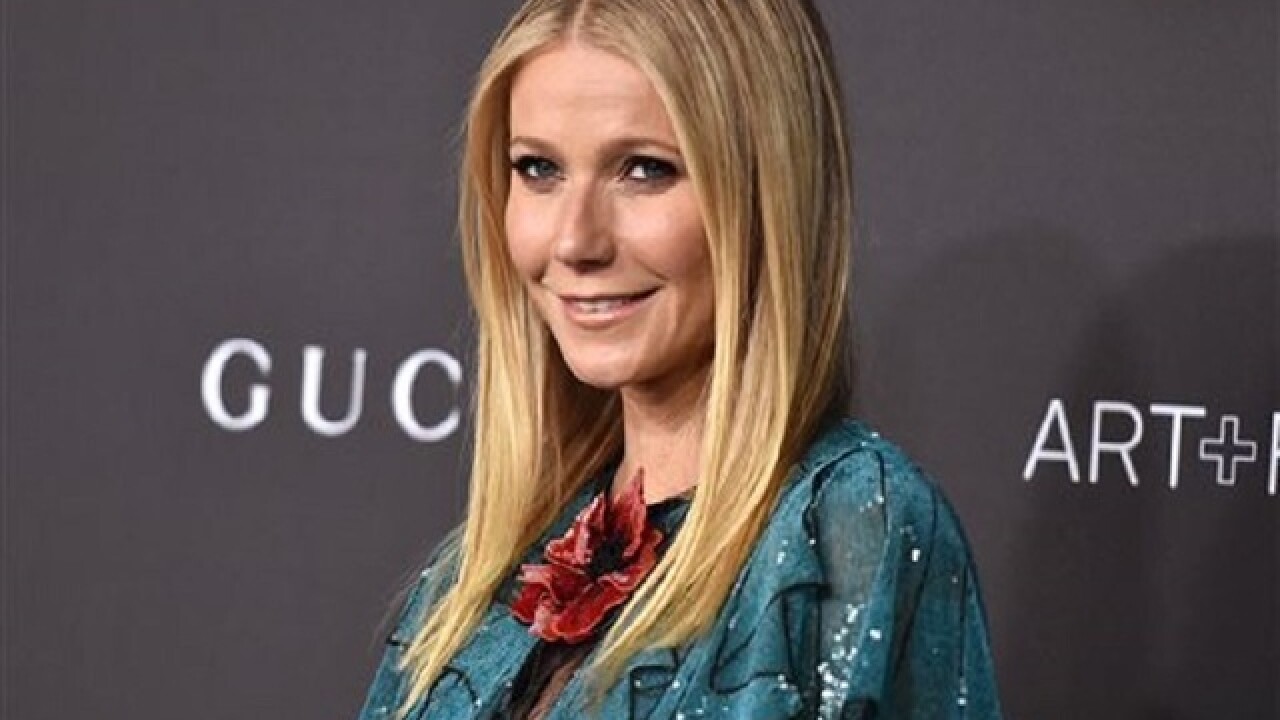 Jordan Strauss
<p>FILE - In this Nov. 7, 2015 file photo, Gwyneth Paltrow attends LACMA 2015 Art+Film Gala at LACMA in Los Angeles. Opening statements have begun in the trial of a man accused of stalking Gwyneth Paltrow. A prosecutor says Dante Soiu has stalked Paltrow for 17 years and sent her 66 letters between 2009 and 2015. (Photo by Jordan Strauss/Invision/AP, FIle)</p>

LOS ANGELES (AP) — The letters addressed to Gwyneth Paltrow came for years, often with unsolicited items ranging from pornography and sex toys to religious books, earrings and clothes.
The last package for Paltrow arrived in January 2015 and is now part of a stalking case against Dante Soiu, a man the actress had previously faced in court in a proceeding that resulted in him spending years in a mental institution for his lewd missives in 1999 and 2000.
On Monday Paltrow faced Soiu once again, this time in a case filed over 66 letters and packages he has sent the actress in recent years with notes about his desire to marry her, discussing her death and religious writings. With furrowed brow and at times fighting back tears, Paltrow described the impact of the letters, which first began arriving shortly after she won her best actress Academy Award in 1999 and resumed after a hiatus in 2009.
"I felt very upset by it. It defied logic, and I found it very, very upsetting," Paltrow said, noting the later letters came after she had two children. "This was something I had been through a very long and traumatic experience with already," she said, wiping her eyes.
Soiu has pleaded not guilty to felony stalking of the actress, and his attorney contends his writings were non-threatening and focused primarily on scripture and his desire to minister to the actress. His attorney also noted that unlike in 1999, Soiu hadn't traveled to try to meet Paltrow recently.
Paltrow read excerpts of many of the notes Soiu sent in measured tones during her two-and-a-half hours of testimony, but broke down when a prosecutor asked if she was afraid of him and feared for her children's safety. "Yes," the actress tearfully responded.
Her fear is a key element of the felony stalking case against Soiu. Testimony will resume Tuesday.
Paltrow's head of security Terry Abbott testified Monday that he always informed his client when a letter from Soiu was received, but he stopped providing her details from them after one debriefing "caused her too much distress."
Paltrow, 43, testified about letters and packages she received from Soiu dating to 1999, including several that contained pornography, sex toys and statements that he wanted to cleanse her of sin.
"This is a case that has gone on for Ms. Paltrow for 17 years," Deputy District Attorney Wendy Segall said during opening statements. "Her sense of security has been shattered by this man."
Soiu was found not guilty by reason of insanity in 2000 in a previous trial involving the pornographic messages he sent to Paltrow. He was sent to a mental institution for several years, but re-arrested last year after sending the actress new correspondence.
The recent batch letters described Soiu's intention to marry the actress as well as a pair of earrings he sent her in 2009 as a Christmas gift, some second-hand clothes and a Weight Watchers cookbook. He has also sent her religious books, and forwarded her letters he has sent to President Barack Obama and actress Angelina Jolie.
One letter described Paltrow "bowing to death." The actress said the reference was disturbing.
In another, Soiu is accused of writing, "I have a goal: to marry Gwyneth Paltrow and take care of her."
"I felt very upset by it," Paltrow said.
"This has been a very long and very traumatic experience already," Paltrow said.
Soiu, who is from suburban Columbus, Ohio, shook his head during portions of Segall's opening statement and Paltrow's testimony.
Her testimony came a day after Paltrow appeared at Super Bowl 50, cheering on Coldplay and her friend, Beyonce Knowles, during their halftime performance.
Associated Press 2016