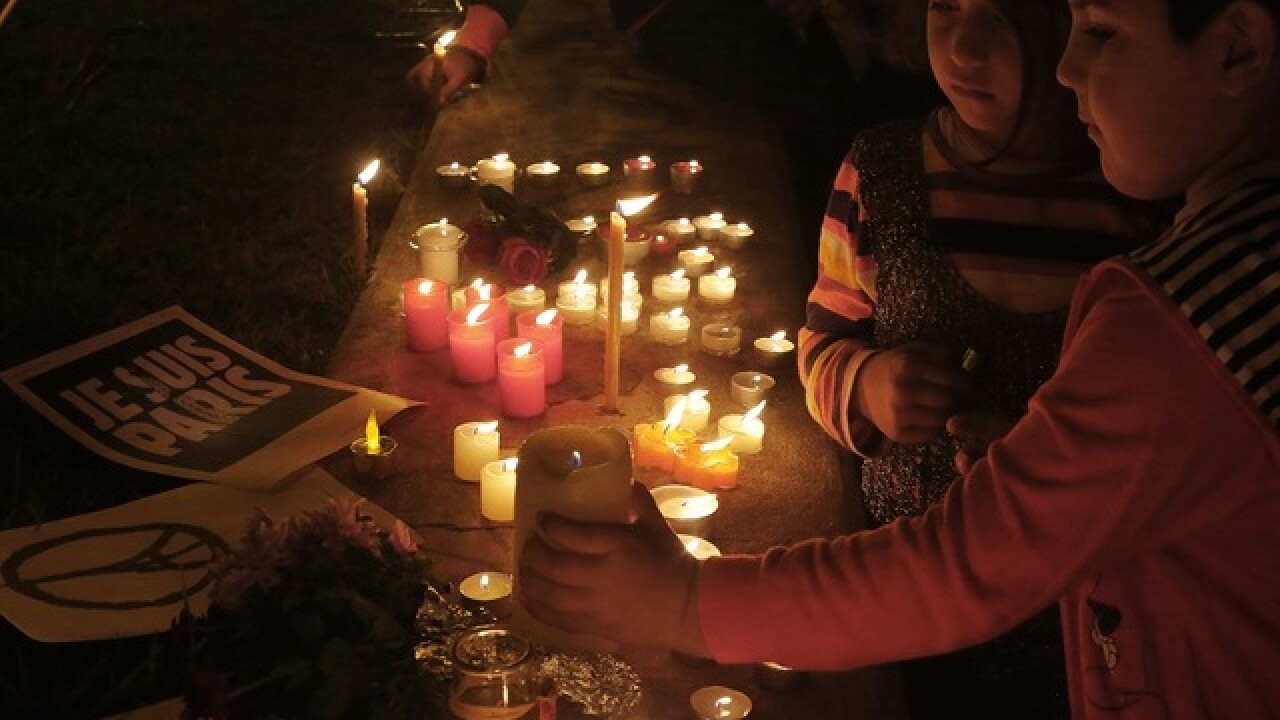 Petros Karadjias
<p>FILE- In this Sunday, Nov. 15, 2015, file photo, children light candles at Grigoris Auxentiou square in the southern port city of Limassol, Cyprus, Sunday, Nov. 15, 2015, for the victims of Friday's attacks in Paris. After the France terror attacks, schools and parents around the world are grappling with what to say to children, and how to say it. For older children, parents should invite them to watch the news as a family and then discuss it, said Dr. Steven Berkowitz, a child and adolescent psychiatrist at the University of Pennsylvania. (AP Photo/Petros Karadjias, File)</p>

WASHINGTON (AP) — A U.S. military official in Iraq says that coalition airstrikes killed 10 Islamic State leaders over the past month, including several linked to the Paris attacks or other plots against the West.

U.S. Army Col. Steve Warren says they were killed mainly by drone strikes in Iraq and Syria. He offered few details, but said at least two of those killed were linked to the Paris attacks. He says one was directly tied to those who planned the violence in Paris and was actively planning other assaults against the West. Most appeared to be mid-level leaders.

Warren says that one of the others killed was from Bangladesh but spent time in Britain and was a hacker for the Islamic State froup and coordinated anti-surveillance technology.