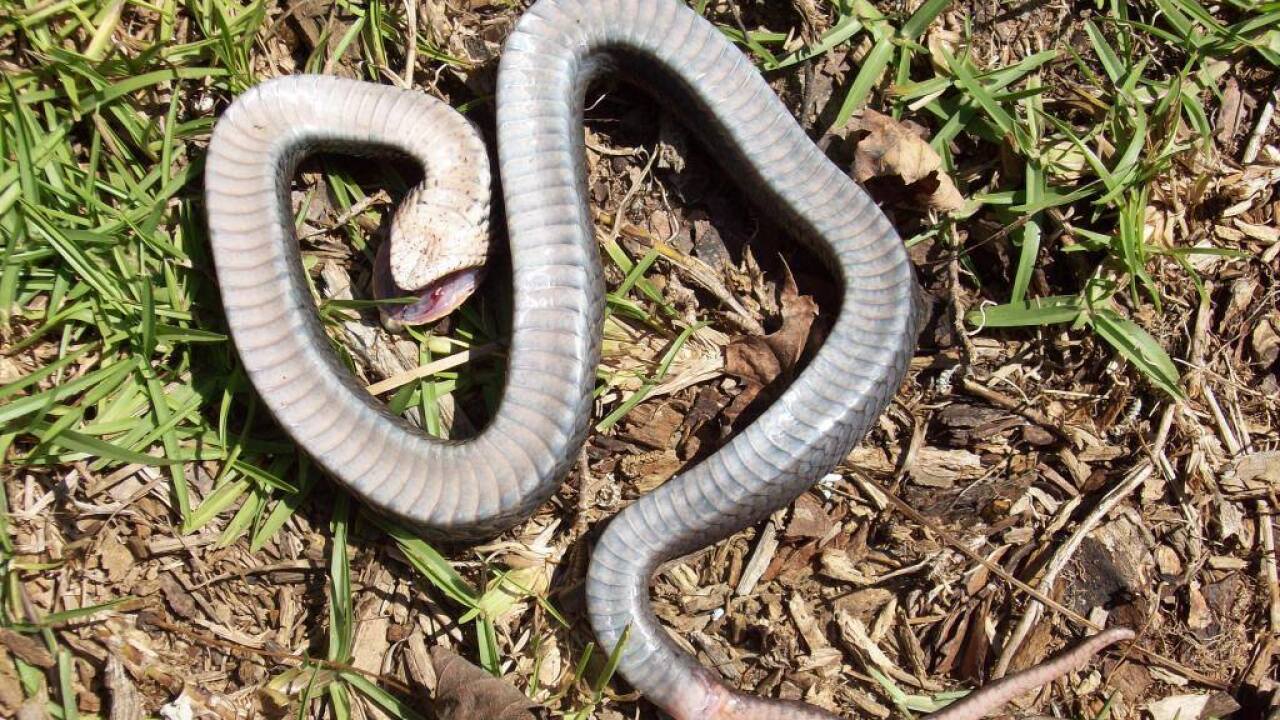 NORTH CAROLINA — If you're headed to North Carolina this summer you might want to keep this one in mind. Park officials in North Carolina issued a warning to residents to watch out for a snake that likes to play dead.

The North Carolina State Parks and Recreation shared some images of the eastern hognose snake on its Facebook page.

"Instead of watching clouds to see if we can keep weekend weather on track, let's play a game! Who is this ‘famous’ NC snake? A cobra? A zombie snake? It’s a harmless one," the organization wrote.

Eastern hognose snakes are usually brown or gray with dark brown blotches and can grow about four feet in length, according to ABC. They're generally found in the eastern parts of the country.

The Florida Museum told ABC that the hognose snake plays dead when other defense mechanisms have failed.

According to ABC, "hognose snake can mix venom with its breath and is thus able to kill a person from a distance of twenty-five feet," but the museum said that couldn't be further from the truth.

"In truth, its breath is harmless," the museum told ABC.