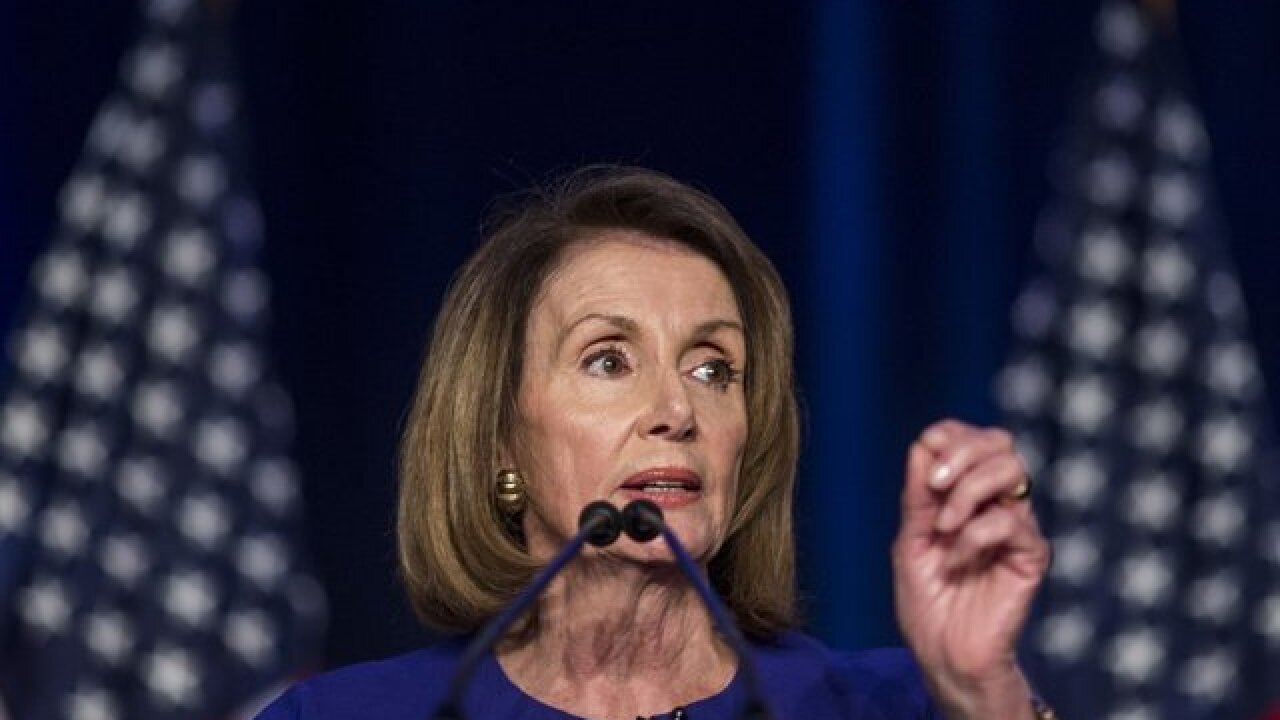 A letter that's being circulated on Capitol Hill reveals multiple incoming freshmen -- who were largely noncommittal on the House speaker race during their campaigns --- will in fact support Nancy Pelosi.

The letter, obtained by CNN, is still being circulated and so far includes 61 signatures from women incumbents and members-elect. It comes as Pelosi is shoring up support from the progressive base this week with endorsements from large and powerful groups, as well as prominent progressives in Congress — a move that will put pressure on wayward Democrats to back her bid.

MoveOn, Indivisible and Tax March were among the progressive groups that threw their support behind Pelosi on Thursday and Friday, soon after she met with the Congressional Progressive Caucus. All told, 34 outside groups have backed the California Democrat. Also this week, a group of 100 LGBTQ advocates and leaders endorsed Pelosi in a letter.

Rep. Pramila Jayapal, a co-chair of the progressive caucus along with Rep. Mark Pocan, earlier this week would not say whom she's supporting, but she is listed on the women's letter in support of Pelosi.

Also on the letter are members-elect like Angie Craig of Minnesota, Ilhan Omar of Minnesota, Dr. Kim Schrier of Washington state, Lori Trahan of Massachusetts, and Jennifer Wexton of Virginia.

Notably absent from the list are progressive incoming freshmen like Alexandria Ocasio-Cortez and Jahana Hayes of Connecticut. Ocasio-Cortez told Vice News this week she was open to supporting Pelosi.

The letter reads: "Now that we are faced with unprecedented threats to our democracy, women, minorities, and even the most basic American values by President Trump, we need your effective leadership more than ever to advance our efforts to help hard-working families get ahead."

The letter, managed by Rep. Nita Lowey, includes 48 incumbent women members, almost all of whom are widely known as Pelosi supporters. Pelosi has a large whip team of 45 members working to nail down additional statements of support. Since the midterm elections, her office has been blasting multiple statements and endorsements daily, showing strong signs of support especially among likely committee chairs.

Following the Congressional Progressive Caucus meeting on Thursday, the caucus issued a statement saying Pelosi will ensure that members of the CPC will have seats on some of the most powerful committees in Congress, and that she may create more elected leadership positions that CPC members can run for in the broader Democratic caucus.

It's unclear yet what effect the support and endorsements by progressives will have on some of the members and incoming freshmen who have already vowed to oppose Pelosi. Most of them hail from moderate districts, including several incoming freshmen who flipped their district for Democrats while campaigning to not support Pelosi.

There's little doubt that Pelosi will lock up the nomination -- which she can win with only a majority of the caucus --when Democrats votes on November 28, but it's not certain if she'll win the 218 votes she needs in January for the House floor vote. That's because 18 Democrats have promised not to vote for Pelosi on the House floor, a number that threatens Pelosi's speaker chances if they all hold to to their commitments. Rep. Marcia Fudge is openly weighing a bid to run against Pelosi.

A "Dear Colleague" letter passed around by members of the House Democratic caucus dissatisfied with Pelosi says "we believe more strongly than ever that the time has come for new leadership in our Caucus," according to a copy obtained by CNN.

Along with the progressive caucus, Pelosi has also met with moderate groups this week, like the Blue Dog Coalition and the Problem Solvers Caucus. And she spent much of Friday meeting with multiple members, including Fudge, and members-elect who've been critical of her or vowed to oppose her on the floor.