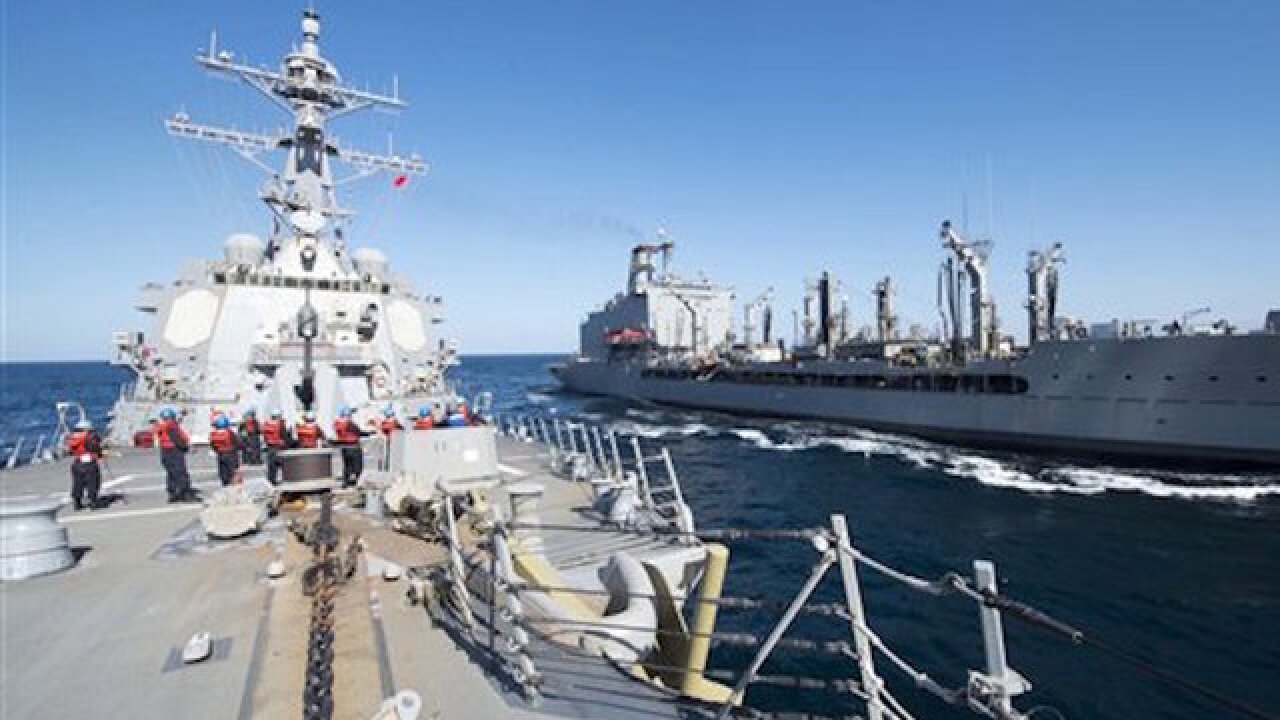 WASHINGTON (AP) — Iran was holding 10 U.S. Navy sailors and their two small boats that drifted into Iranian waters with mechanical problems. Iran accused the sailors of trespassing but American officials said Tehran has assured them that the crew and vessels would be returned safely and promptly.

The sailors were expected to be transferred to U.S. custody Wednesday morning local time.

Pentagon spokesman Peter Cook told The Associated Press that the riverine boats were moving between Kuwait and Bahrain when the U.S. lost contact with them.

U.S. officials said that the incident happened near Farsi Island in the middle of the Persian Gulf. They said some type of mechanical trouble with one of the boats caused them to run aground and they were picked up by Iran. The sailors were in Iranian custody on Farsi Island at least for some time, but it's not certain where they are now.

The semi-official Iranian news agency, FARS, said the Iranian Revolutionary Guard's navy has detained 10 foreign forces, believed to be Americans, and said the sailors were trespassing in Iranian waters. FARS also reported that one of the 10 sailors was a woman.

"We have been in contact with Iran and have received assurances that the crew and the vessels will be returned promptly," Cook said.

The incident came amid heightened tensions with Iran, and only hours before President Barack Obama was set to deliver his final State of the Union address to Congress and the public. It set off a dramatic series of calls and meetings as U.S. officials tried to determine the exact status of the crew and reach out to Iranian leaders.

Secretary of State John Kerry, who forged a personal relationship with Iranian Foreign Minister Mohammed Javad Zarif through three years of nuclear negotiations, called Zarif immediately on learning of the incident, according to a senior U.S. official. Kerry "personally engaged with Zarif on this issue to try to get to this outcome," the official said.

Kerry learned of the incident around 12:30 p.m. EST as he and Defense Secretary Ash Carter were meeting their Filipino counterparts at the State Department, the official said.

The officials were not authorized to discuss the sensitive incident publicly so spoke on condition of anonymity.

Republican lawmakers seized on the incident as further evidence that Iran is not to be trusted. The House was scheduled to vote Wednesday on GOP-backed legislation that would give Congress greater oversight of the landmark Iran nuclear agreement, which Republicans have derided as a victory for Tehran.

Sen. Kelly Ayotte, R-N.H., said it was "unthinkable that the administration would lift sanctions and permit Iran to receive billions of dollars in sanctions relief under the nuclear agreement, even as the regime brazenly violates its international obligations and rushes to develop the ballistic missile capability to deliver a potential nuclear weapon to the United States."

The incident came on the heels of an incident in late December when Iran launched a rocket test near U.S. warships and boats passing through the Strait of Hormuz.

Meanwhile, Iran was expected to satisfy the terms of last summer's nuclear deal in just days. Once the U.N. nuclear agency confirms Iran's actions to roll back its program, the United States and other Western powers are obliged to suspend wide-ranging oil, trade and financial sanctions on Tehran. Kerry recently said the deal's implementation was "days away."