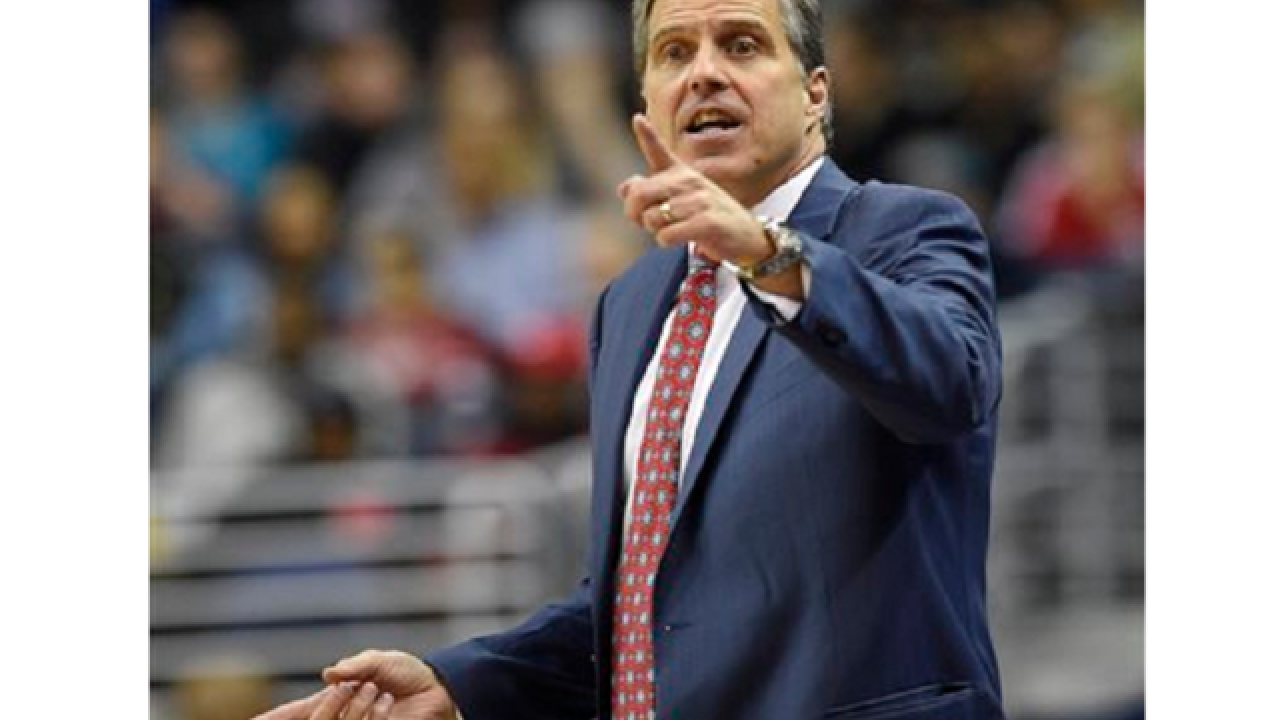 WASHINGTON (AP) — Randy Wittman will not be back as coach of the Washington Wizards, let go after failing to reach the playoffs this season.

The team announced Thursday that it would not pick up its option on Wittman's contract.

Wittman was informed of the news Wednesday night, when the Wizards' season ended with a 109-98 victory over the Atlanta Hawks. With a team built around All-Star point guard John Wall, and a roster set up to make a bid for Kevin Durant as a free agent this offseason, Washington finished 41-41 and 10th in the Eastern Conference.

The Wizards missed out on the playoffs after reaching the second round each of the past two seasons.

"There were high internal and external expectations for this team coming into this season, based on the momentum we had generated over the previous two years," Wizards President Ernie Grunfeld said. "Unfortunately, the inconsistency of the team's performance and effort, particularly on our home court, did not allow us to meet those expectations and we decided a coaching change was needed."

"Randy should be commended for the job he did in taking over as head coach during a very difficult time for our franchise," Grunfeld said, "and for helping to establish a culture and identity that led to success."

After the season finale Wednesday, Wittman was asked about his job status and offered a defense of the job he did in Washington.

"I love this job. I'm going to come to work until they tell me I can't. I'm proud of what we've done here. I took over 4 1/2 years ago, and this was a sideshow," Wittman said. "And we slowly changed the culture of this team. And we had a slip-up this year."

He continued: "I'm proud of the work that I've done here. I really am. I'm proud of our guys. They played hard all the way to the end, playing for nothing. They gave me that. I'll be here first thing in the morning. So if you want to come by, I'll be here."

About an hour later, Wittman could be heard near his office, offering a goodbye to a team employee.

Last season, the Wizards went 46-36 and were seeded fifth in the East for the playoffs. They knocked off the Toronto Raptors in the first round, then bowed out in six games against Atlanta after Wall broke bones in his left hand and wrist in Game 1.

After success using Paul Pierce as a stretch-4 during those playoffs, the Wizards tried to install a full-fledged pace-and-space system this season — although without Pierce, who left for the Los Angeles Clippers as a free agent.

The strategy never fully worked. Washington's defensive play — the foundation of the success Wittman had with the team — took a major step back this season, and injuries up and down the roster didn't help matters.

In a wide-ranging news conference before Wednesday's game, which he sat out because of a swollen knee, Wall acknowledged that he and Wittman had a shouting match at practice late in the season. But he added that the pair has "a great relationship."

"He's been here (as an assistant or head coach) every year I've been in the NBA. He's helped me become a better player, improving me as a person. And just how he has been coaching us, we became a better defensive team. We made the playoffs because of him," Wall said. "He's doing the best he can with the group of guys he has out there."