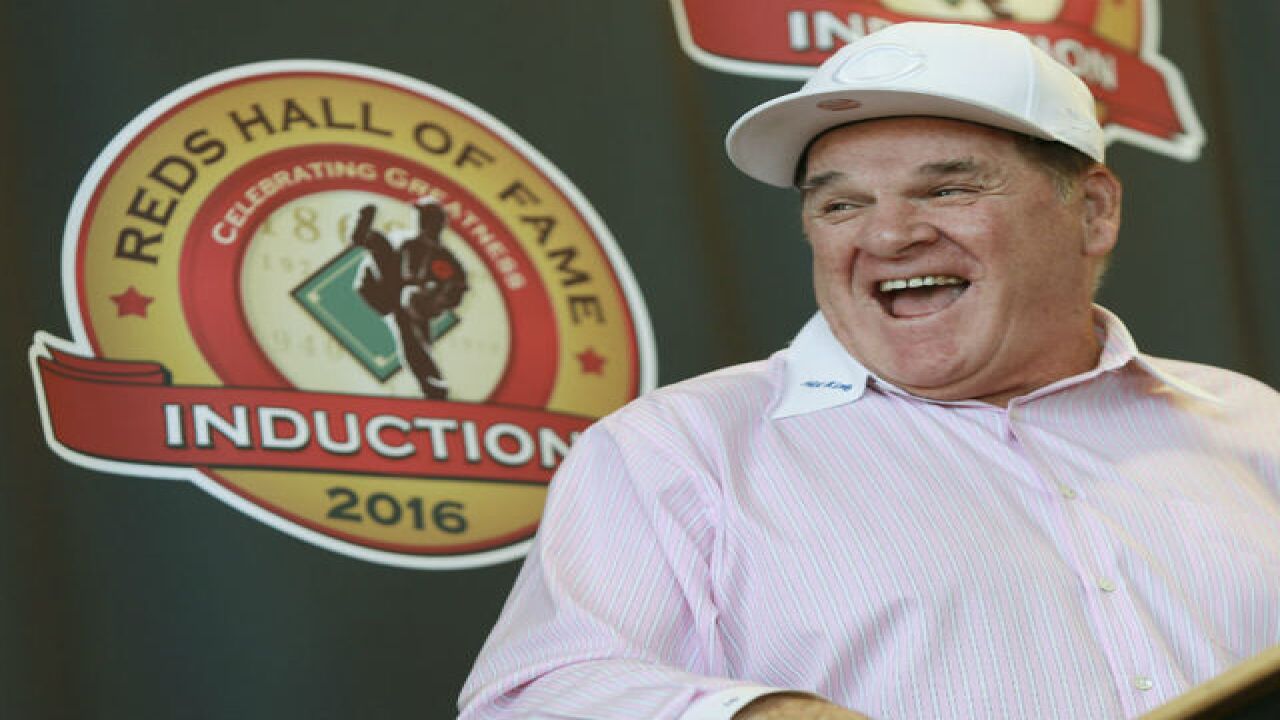 CINCINNATI -- A woman says Pete Rose had sex with her at a Cincinnati home before she was 16 years old, while she was a high school student and he was a Major League Baseball star.

The accusation of underage sex came out publicly Monday in Rose's civil defamation lawsuit against John Dowd, the investigator who built baseball's betting case against him.

"It tips me off that Dowd can't defend himself," Genco said.

Dowd, whose Dowd Report led to Rose's banishment from baseball in 1989, claimed Michael Bertolini, who booked Rose's bets and sold Rose memorabilia, told baseball investigators that year Rose had committed "statutory rape" with girls as young as 12 during spring training.

Dowd made his accusation against Rose on WCHE Radio in West Chester, Pennsylvania, on July 13, 2015:

"Michael Bertolini told us that not only did he run bets, but he ran young girls for (Rose) down in spring training," Dowd said on WCHE. "Ages 12-14. Isn't that lovely? So that's statutory rape every time you do that."

Rose vehemently denied the accusation and filed the defamation suit. Bertolini's attorney denied his client ever told Dowd that.

A motion shows Dowd intends to paint Rose as a serial liar and womanizer who regularly had sex with teenagers -- and so there's no reason he should have believed the accusation was false.

Dowd is asking the court to force Rose to answer questions about his sexual relationships, his history of lying and his mental health. Dowd says Rose has, by and large, refused to respond.

"If Rose did not want to answer questions about having sex with teenagers, his well-documented history of lying, or his mental health, he should not have filed this lawsuit," Dowd's motion said.

"He's just dragging Pete's name through the mud as much as he can," Genco said. "And we shouldn’t allow that to happen."

According to the motion, filed in the U.S. District Court of Eastern Pennsylvania:

In a sworn statement, a woman identified only as Jane Doe said she got a call from Rose in 1973, when she was 14 or 15 years old. She began meeting with Rose shortly after that, at his home in Cincinnati. There, before she was 16, she said they began a sexual relationship.

Doe also said they met at locations outside Ohio, where they also had sex.

Rose admitted they knew each other and had sex, but said Doe was 16 years old at the time and denied they had sex outside Ohio. He said the sexual relationship began in 1975, the year he turned 34 years old. Rose would have been married for 11 years at that point, with two children.

"We sought that opportunity and haven't been given it," Genco said.

Dowd also asked Rose to answer questions about whether Doe was the only 16-year-old or high school student with whom Rose had sex.

And he wants Rose to admit he's a liar: He points to Rose's claims in the late 1980s and early 1990s that he'd never bet on baseball, as well as his interview with MLB Commissioner Rob Manfred in 2015, when he was trying to be reinstated.

Rose wants damages for mental anguish and suffering, so Dowd also says he should be required to provide information about his mental health history.

The lawsuit seeks a jury trial and unspecified damages of more than $75,000.

This story contains prior reporting by Cincinnati-based WCPO.com's Greg Noble.