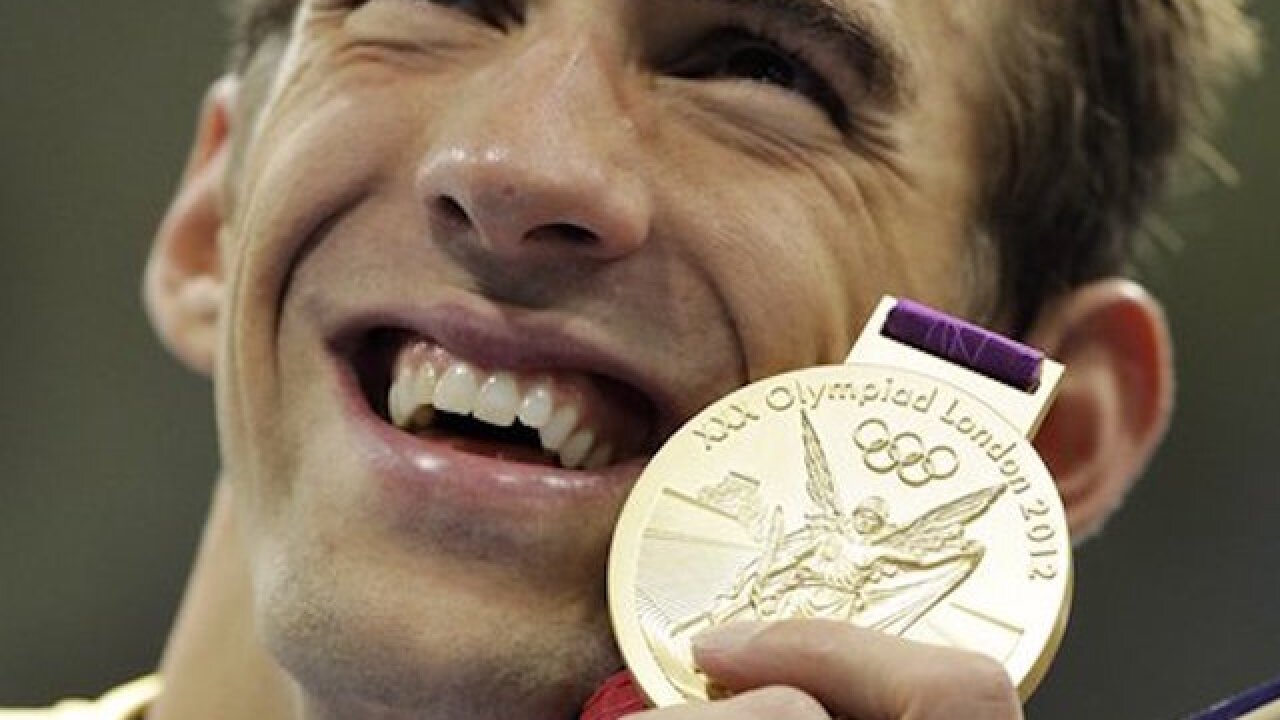 Copyright Associated Press
Matt Slocum
<p>In this July 31, 2012 file photo, United States' Michael Phelps poses with his gold medal for the men's 4x200-meter freestyle relay swimming final at the Aquatics Centre in the Olympic Park during the 2012 Summer Olympics in London. If the Rio de Janeiro Olympics were held today, the United States would win the most medals and the most gold medals. And American swimmer Michael Phelps would collect five more gold medals and a bronze, bringing his overall total to 28 with a career gold-medal haul to 23. (AP Photo/Matt Slocum, File)</p>

ATLANTA (AP) — Awaiting the birth of his first child, Michael Phelps has decided to skip an Olympic prep meet in Atlanta next week.

Organizers of Atlanta Classic say they received word from Phelps that he would not be competing. The meet is set for May 13-15 at Georgia Tech's aquatic center, site of the 1996 Olympic swimming competition.

Phelps' pregnant fiancée, Nicole Johnson, posted a photo over the weekend on Instagram that said, "Can't believe I'm 36 weeks today. Baby P will be here in no time!!" The couple is expecting a boy and plans to get married after the Olympics in Rio de Janeiro.

Olympic gold medalists Katie Ledecky and Nathan Adrian are among those still intending to compete in Atlanta.

Phelps, who has won a record 18 gold medals, now plans to swim at the Austin Elite Invite from June 3-5, his final meet before the Olympic trials begin in late June.