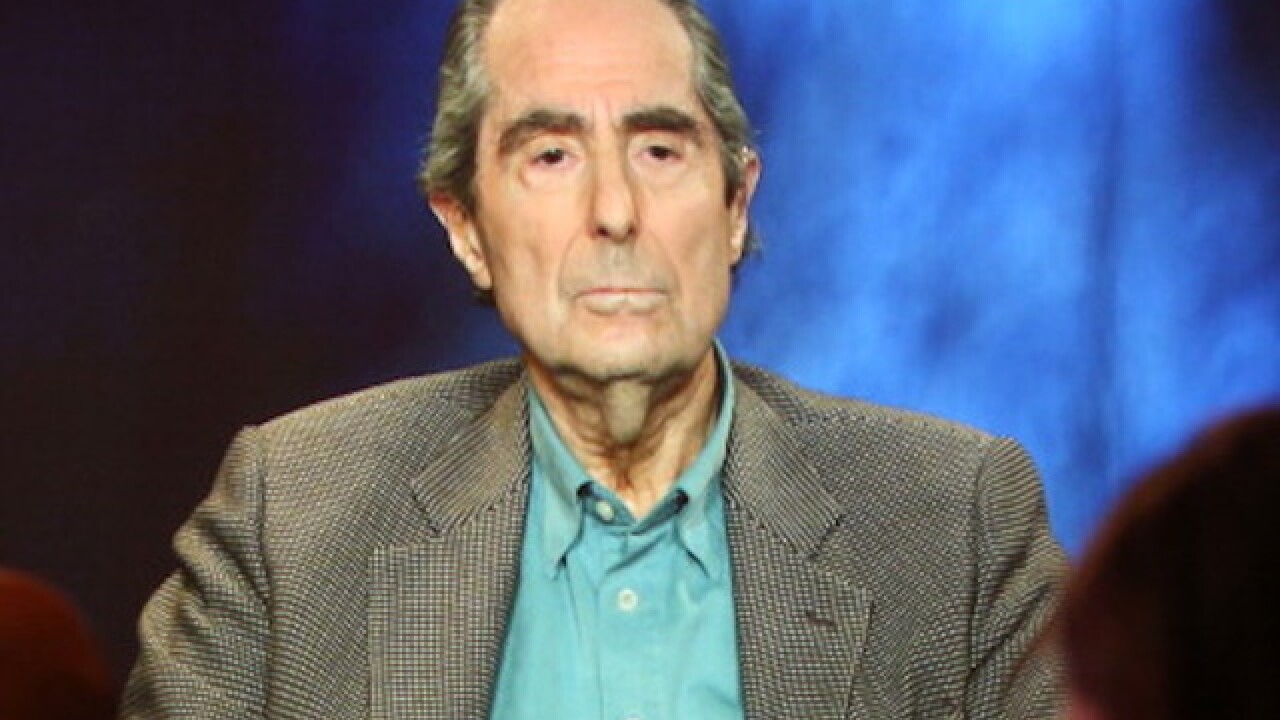 Image copyright 2018 Getty Images. All rights reserved. This material may not be published, broadcast, rewritten, or redistributed.
Frederick M. Brown
<p>PASADENA, CA - JANUARY 14: An image of author Philip Roth is projected onscreen as he speaks via satellite video feed to the audience during the PBS panel of "AMERICAN MASTERS Philip Roth: Unmasked" at the 2013 Winter Television Critics Association Press Tour at the Langham Huntington Hotel & Spa on January 14, 2013 in Pasadena, California. (Photo by Frederick M. Brown/Getty Images)</p>

Roth died of congestive heart failure surrounded by close friends and family, his friend Judith Thurman said. The people who visited him in his final days came from all walks of life, from writers and lifelong friends, to people he's helped and inspired along the way.

"He was an incredibly generous person. Always very exigent, and he held you to a very high standard -- and he held himself to an even higher standard," Thurman said. "He was, in my opinion, a very great writer and a very great man."

Roth was one of America's most prolific 20th century novelists, with a career that spanned decades and more than two dozen books. In addition to a Pulitzer for fiction writing, he won other top literary honors, including National Book Awards and PEN/Faulkner Awards.

"From the beginning of his long and celebrated career, Philip Roth's fiction has often explored the human need to demolish, to challenge, to oppose, to pull apart," the Pulitzer committee said when it awarded him the prize two decades ago for "American Pastoral."

In 2012, he announced that his most recent book, "Nemesis," published two years prior, would be the last one. He made the decision after he reread all his books.

"I decided that I was done with fiction," he said at the time."I don't want to read any more of it, write any more of it, and I don't even want to talk about it anymore. ... I no longer feel this dedication to write what I have experienced my whole life."

After he stopped writing, he spent his free time reading and swimming, and meeting friends.

"He was such a driven perfectionist, so when he felt his power ebbing, he wanted to quit at the top of his game, and he did," Thurman said.

Roth has never failed to provoke with his many controversial books. They included "Goodbye, Columbus and Five Short Stories," "The Plot Against America," "Everyman," "Portnoy's Complaint," "The Human Stain" and "I Married a Communist."

He rose to fame after the 1959 publication of "Goodbye, Columbus," which earned him the National Book Award.

In a 2014 essay for The New York Times, Roth described his thoughts after he reread the book, which he said was his fourth of 31.

"Rereading 'Portnoy's Complaint' 45 years on, I am shocked and pleased: shocked that I could have been so reckless, pleased that I was so reckless," he wrote. "I certainly didn't understand while at work that henceforth I was never to be free of this psychoanalytic patient I was calling Alexander Portnoy — indeed, that I was on the brink of swapping my identity for his."

He described the protagonist as a "man possessed by dangerous sensations, nasty opinions, savage grievances, sinister feelings and ... stalked by the implacable presence of lust."

Roth was born in Newark, New Jersey, on March 19, 1933. He briefly attended the Newark branch of Rutgers University before he transferred to Bucknell University in Lewisburg, Pennsylvania, to discover "the rest of America," according to the Philip Roth Society. He got his master's degree from the University of Chicago in 1955.

After his graduation, he enlisted in the Army but was discharged after he suffered a back injury. He returned to his Chicago alma mater, where he was an English instructor while he wrote fiction.

A few years later, his first book was published.