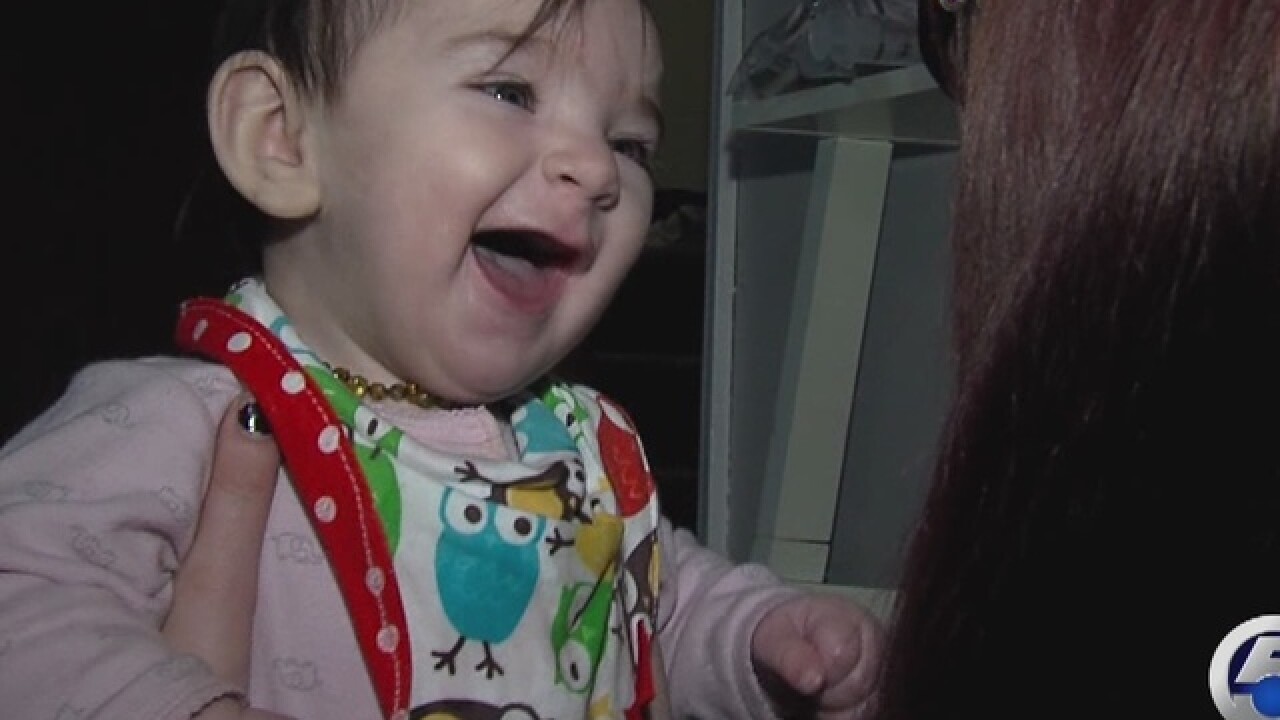 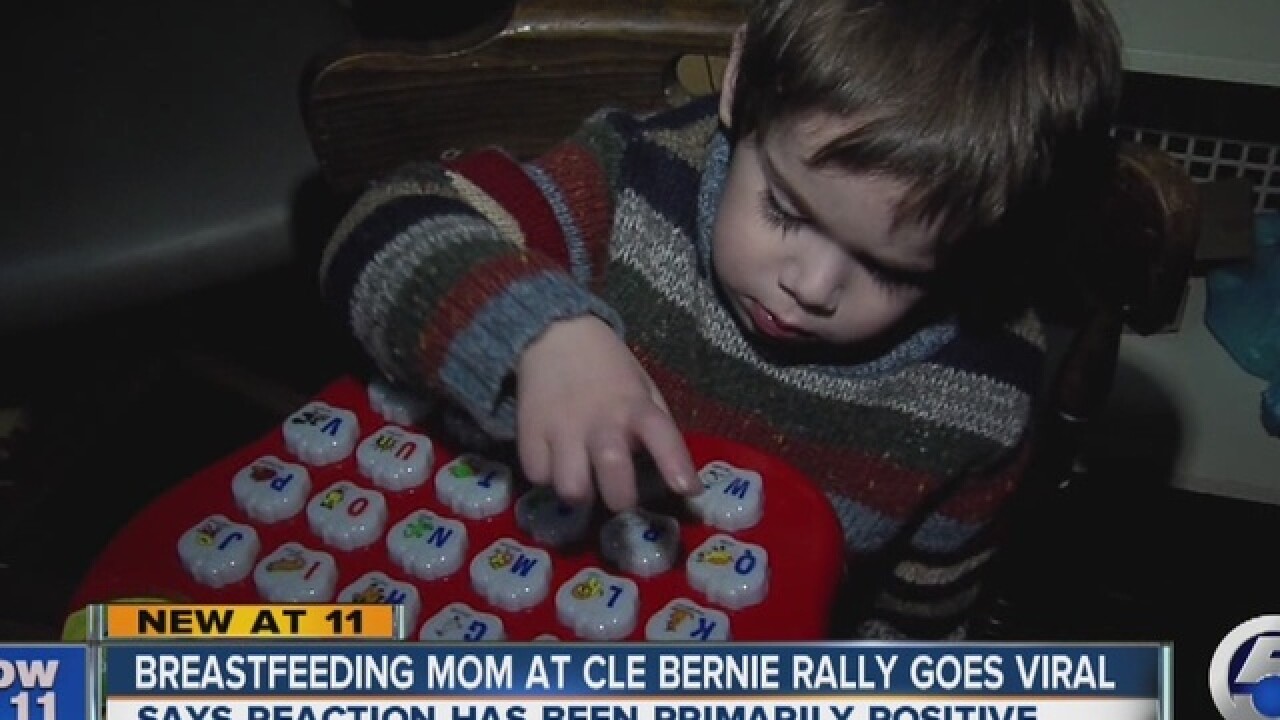 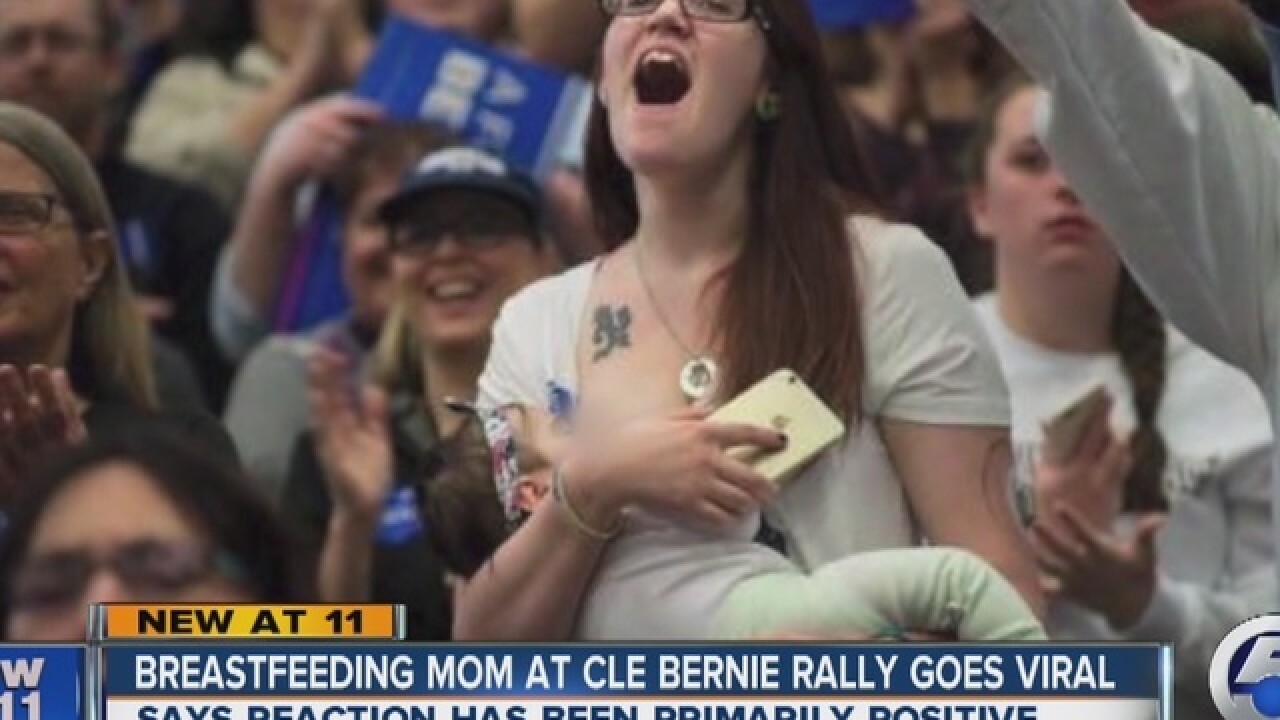 A photo of a mother breastfeeding at Bernie Sanders’ rally in Cleveland is going viral — and sparking a surprising reaction.

At just six-months-old, Harper Bradford is already making a pretty strong political statement. Not with her words — but with her mouth.

The mom Elle Bradford brought her baby to Bernie Sanders’ rally last Thursday and while she was “feeling the Bern,” baby Harper felt something else, too. Bradford is from Barberton, Ohio.

So sitting second row, just feet away from the Democratic Presidential candidate, Bradford did what a mom has to do — and proof of it captured in a photo is now going viral.

But what makes the photo even more special for the family is that Bradford’s 3-year-old son Gavin was born with a hole in his heart and had to be tube-fed, making it impossible for her to ever nurse him.

“So this being her last baby, she was determined to do the breastfeeding and do it well,” said grandma Lee Bradford.

Bradford said Jane Sanders even came by after Bernie’s speech to thank her for being a mother. And the reaction she’s gotten from the public as the photo is shared thousands of times on social media, she said, has been primarily positive.

Both mom and baby plan to be back in Cleveland when Bernie Sanders returns this Saturday.