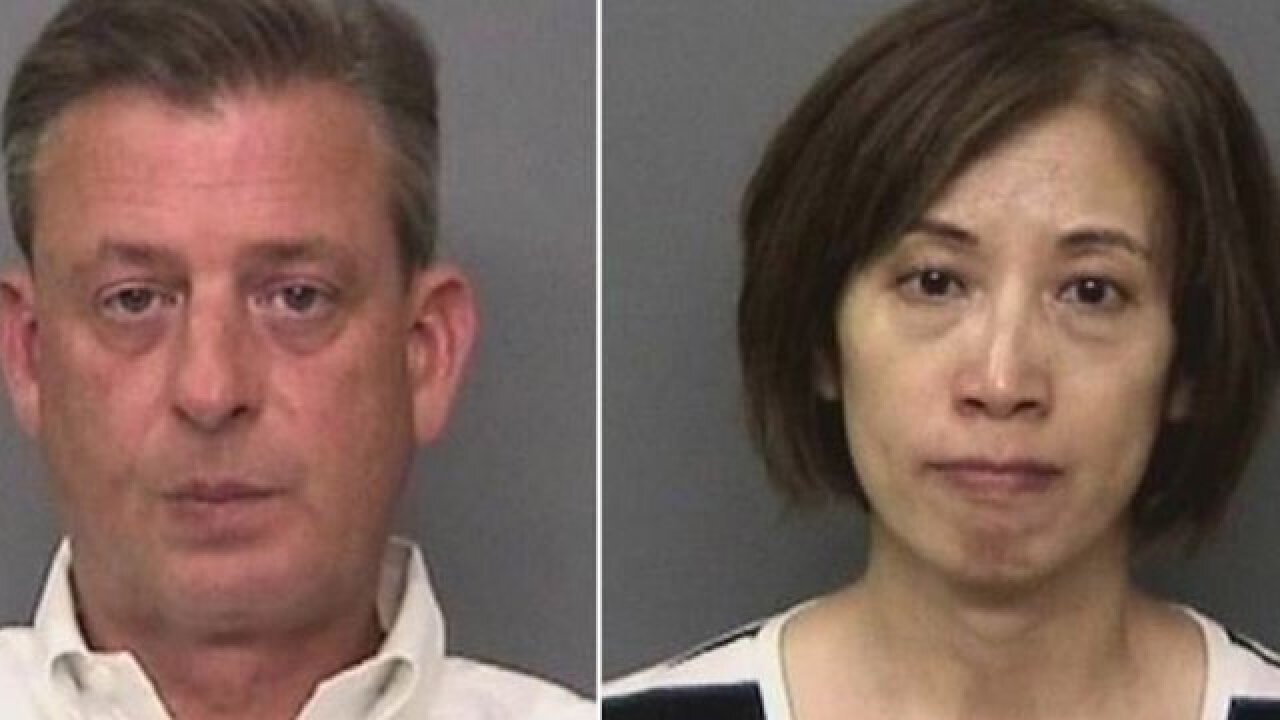 Copyright 2018 Scripps Media, Inc. All rights reserved. This material may not be published, broadcast, rewritten, or redistributed.
Redding Police Department
<p>Jonathan McConkey and Kelsi Hoser are accused of planning to "deport" a Chinese flight student from the US.</p>

A pilot and his assistant have been arrested in Northern California and are accused of kidnapping and attempting to deport a 21-year-old Chinese flight student.

Jonathan McConkey, reportedly the general manager of the IASCO flight school, and his assistant, Kelsi Hoser, are accused of planning and carrying out the kidnapping.

Incidentally, the flight school posted a video on Facebook last year talking about how much it enjoyed training Chinese flight students.

In a statement, the Redding Police Department said McConkey and Hoser had warned flight student Tianshu Shi on Thursday night that "they were sending him back to China."

The next morning, they showed up at Shi's home, where "McConkey battered him, and threatened physical violence if he did not go with them."

Fearing for his safety, Shi left with McConkey and Hoser, but not before calling his brother in Shanghai, who then contacted Redding police. Officers found all three at the Redding Municipal Airport.

McConkey and Hoser were arrested on suspicion of conspiracy and kidnapping.

Shi, who was released by police after questioning, told the Record Searchlight newspaper that he had no idea why he was kidnapped. However, he had been banned from flying two months ago, and suspected it was because of his English.

Shi said that when McConkey and Hoser arrived at his house, he decided to record the interaction.

In the audio recording Shi gave the Searchlight, a man's voice is heard saying, "You're going, with or without your luggage."

A woman is also heard speaking Mandarin to Shi, before she switches to English and says, "Speak English, please! Can you speak English? If you cannot speak English you are not going to able to stay here."

After the woman tells Shi that he is in their custody, the male voice adds, "And the United States government needs you out of this country right now, you understand?"

Shi has been in the US for about seven months on an M-1 visa, which is valid for a year. Though he sustained minor injuries and was shaken by the kidnapping, Shi told the Searchlight he was grateful to the police officers.

"The police officer is the best American," Shi said.

When contacted by CNN, Hoser had no comment. Attempts to reach McConkey were not immediately successful.