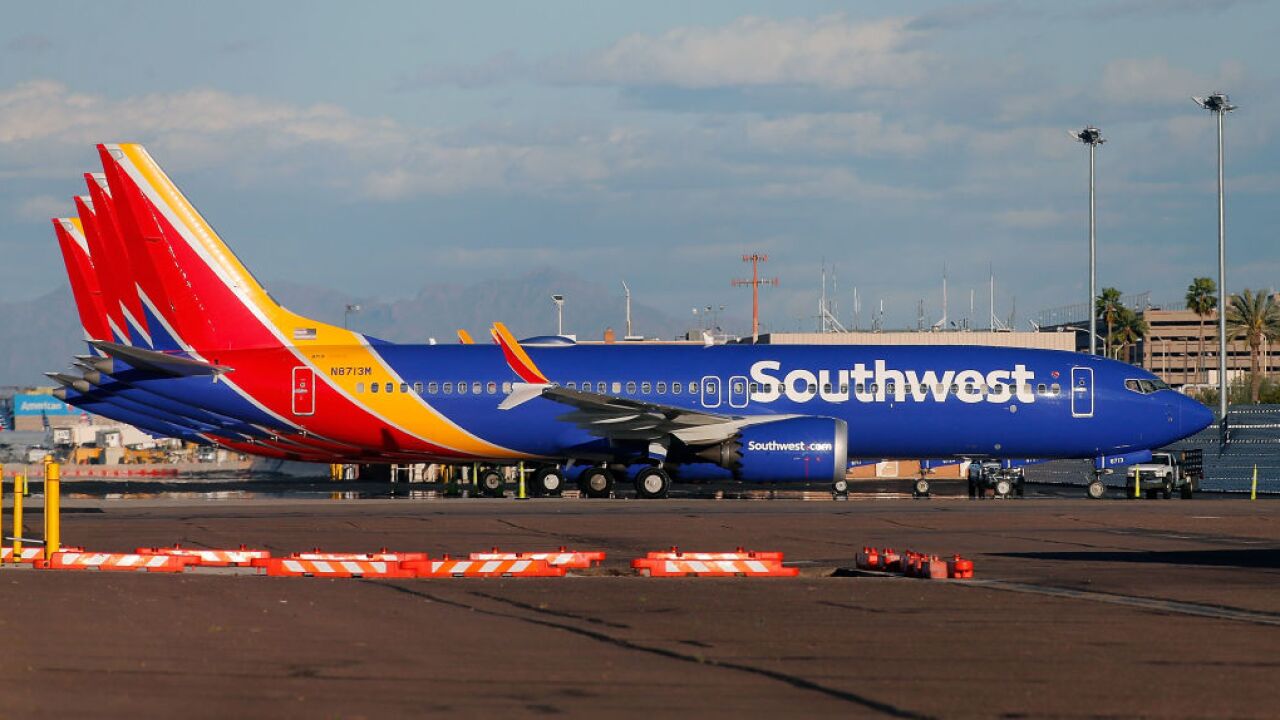 "As pilots, there is nothing more important to us than the safety of our passengers," said Captain Jonathan L. Weaks, President of SWAPA. "We have to be able to trust Boeing to truthfully disclose the information we need to safely operate our aircraft. In the case of the 737 MAX, that absolutely did not happen."

On March 13, 2019, the U.S. Department of Transportation ordered a review of the aircraft, which essentially forced airlines to ground the craft. This followed a pair of crashes over five months that killed 346 people.

Initial findings show that the plane had a flaw in the Maneuvering Characteristics Augmentation System, which caused the plane to nosedive.

Because of this and other safety concerns, the fleet of crafts have been grounded since March, and it could still be a number of months before the planes are deemed safe for flight. The are roughly 300 planes currently grounded.

"Boeing has the greatest respect for the men and women who fly for Southwest Airlines," Boeing said in a statement. "We are aware that their pilot union, SWAPA, has filed a lawsuit against Boeing related to the 737 MAX suspension of operations. We believe this lawsuit is meritless and will vigorously defend against it. We will continue to work with Southwest Airlines and its pilots on efforts to safely return the MAX to service."

Although pilots are claiming a financial loss due to the grounding of the 737 MAX, the union for Southwest Airlines pilots want Boeing to take the time it needs to conduct a full investigation.

"It is critical that Boeing takes whatever time is necessary to safely return the MAX to service," Weaks said. "Our pilots should not be expected to take a significant and ever-expanding financial loss as a result of Boeing's negligence. We look forward to a solution that helps Boeing restore the confidence of both the flying public and the pilots who operate its aircraft."