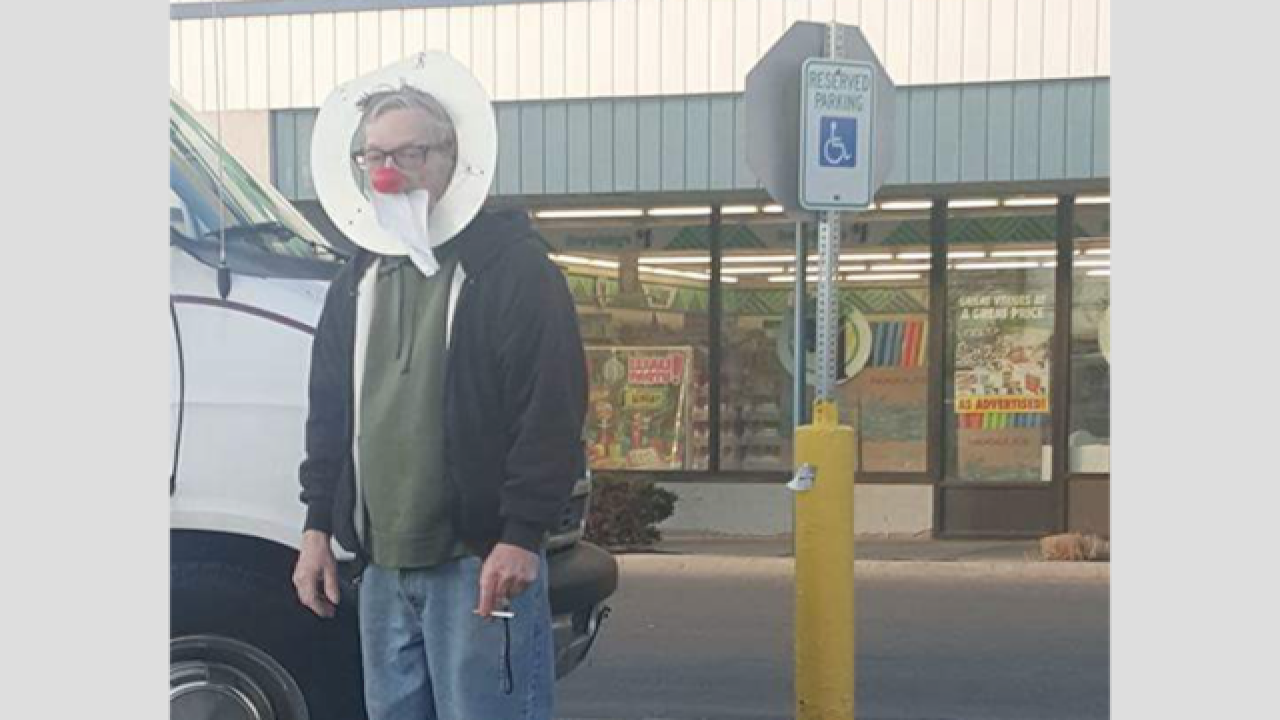 A North Tonawanda, New York man is facing charges after a bizarre incident in a suburb outside of Niagara Falls on Monday.

A woman was in Dollar Store in the Payne Avenue plaza with her child and a neighbor's child when police say 67-year-old Herbert Forrester began following them around the store. Buffalo-based WKBW spoke to the woman, who says he was following her and the children around while wearing a clown nose.

When the woman and children left, police say he followed them out, ran to his van and put a toilet seat around his head and toilet paper in his mouth.

Police say the woman ran to her car with the children as Forrester allegedly yelled, "Yeah, run!" Once safely inside, the woman says she snapped a picture of the man for evidence and then called police.

Police later caught up to Forrester and arrested him, charging him with harassment. Officers say he told them that he "has a strange sense of humor and I have to stop."

7 Eyewitness News spoke to police. They say Forrester does not have an arrest record but has been asked not to return to several stores in the area.

Forrester is currently free on $100 bail.