Police say black IS flag was on Jakarta attacker 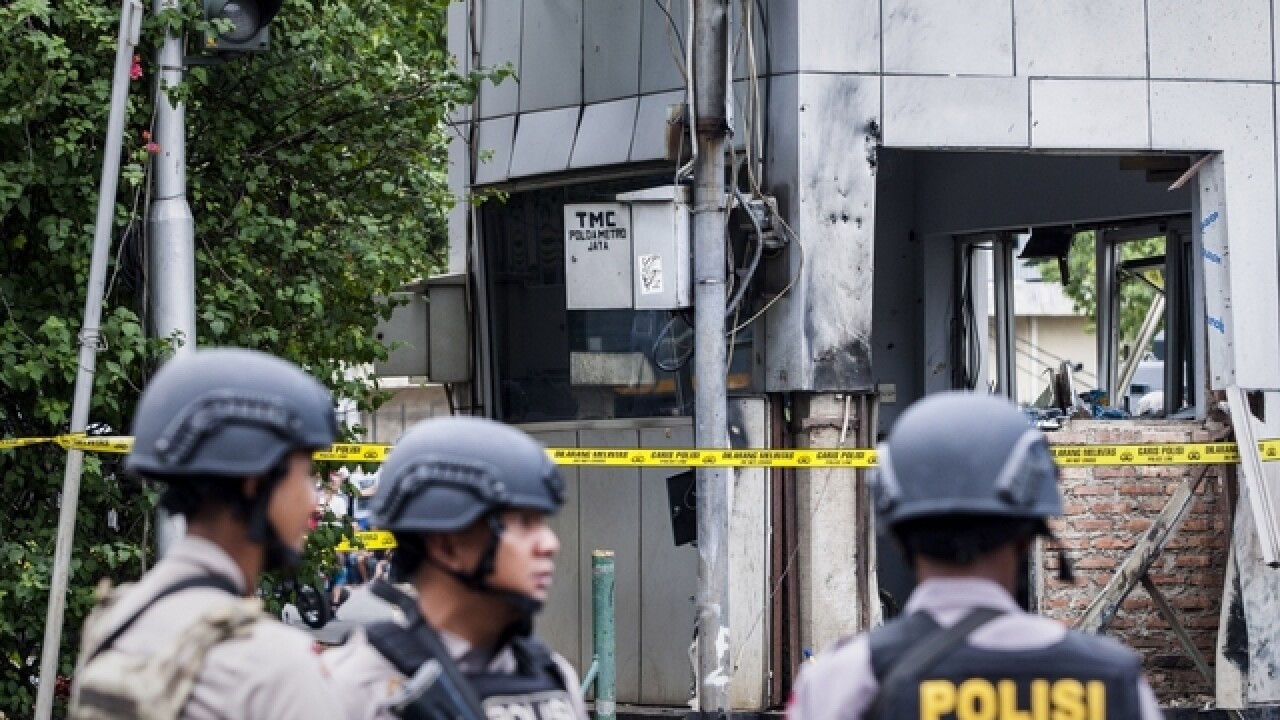 National police spokesman Anton Charliyan has told reporters a black IS flag was found with one of the Jakarta attackers and police believe they have established their identities.

He said two of the five men were previously convicted and imprisoned for terrorism offenses. He did not release any names

The scene of the deadly attack, in Jakarta's downtown business area, has been sealed off with metal fences. Traffic was flowing normally on Friday morning.