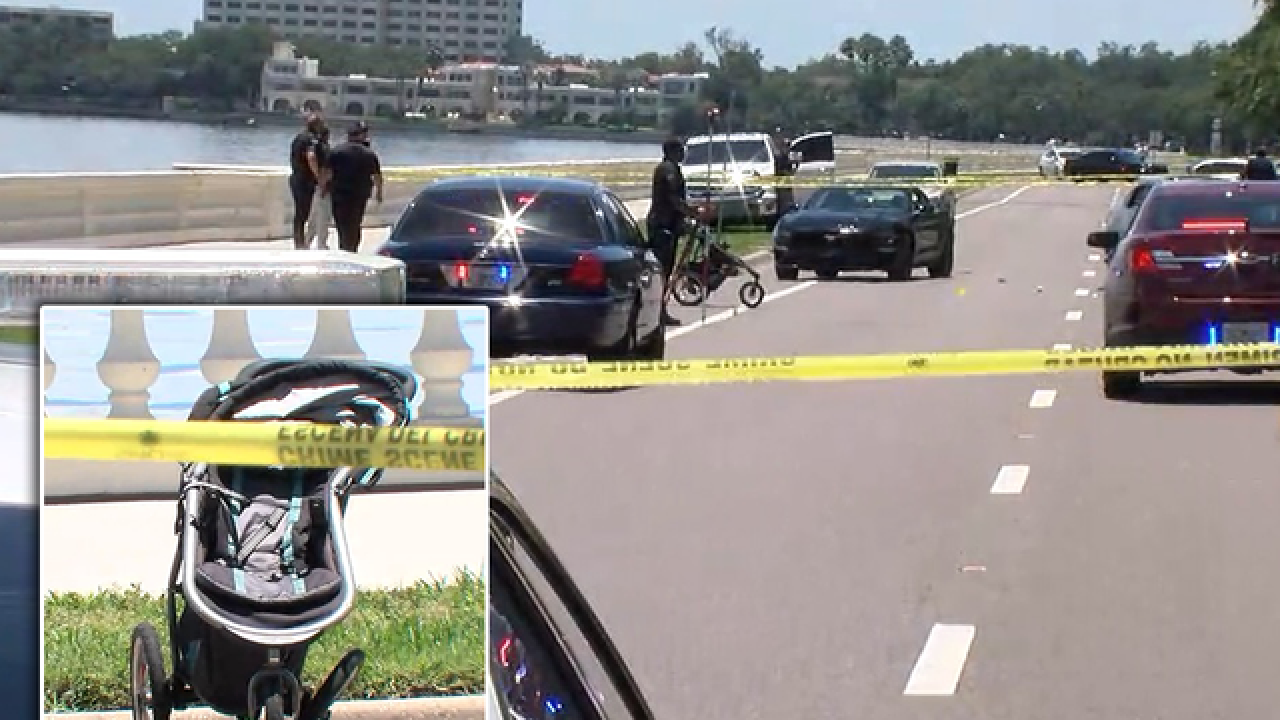 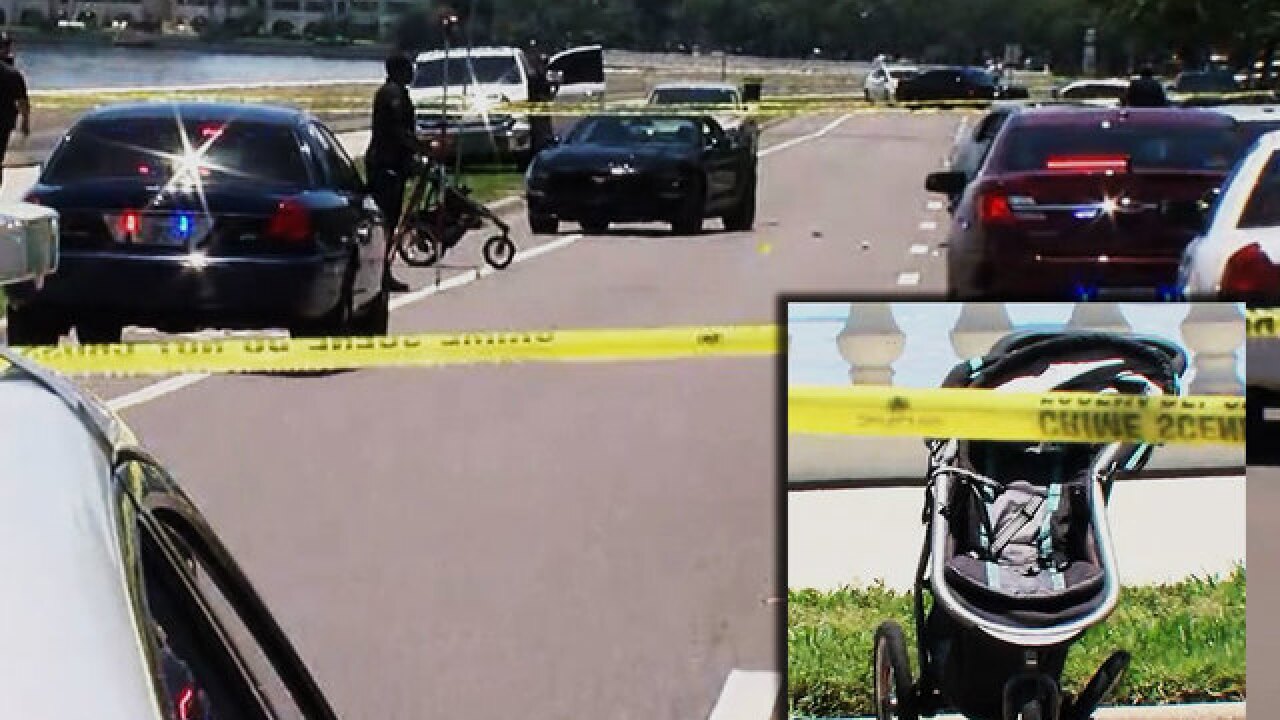 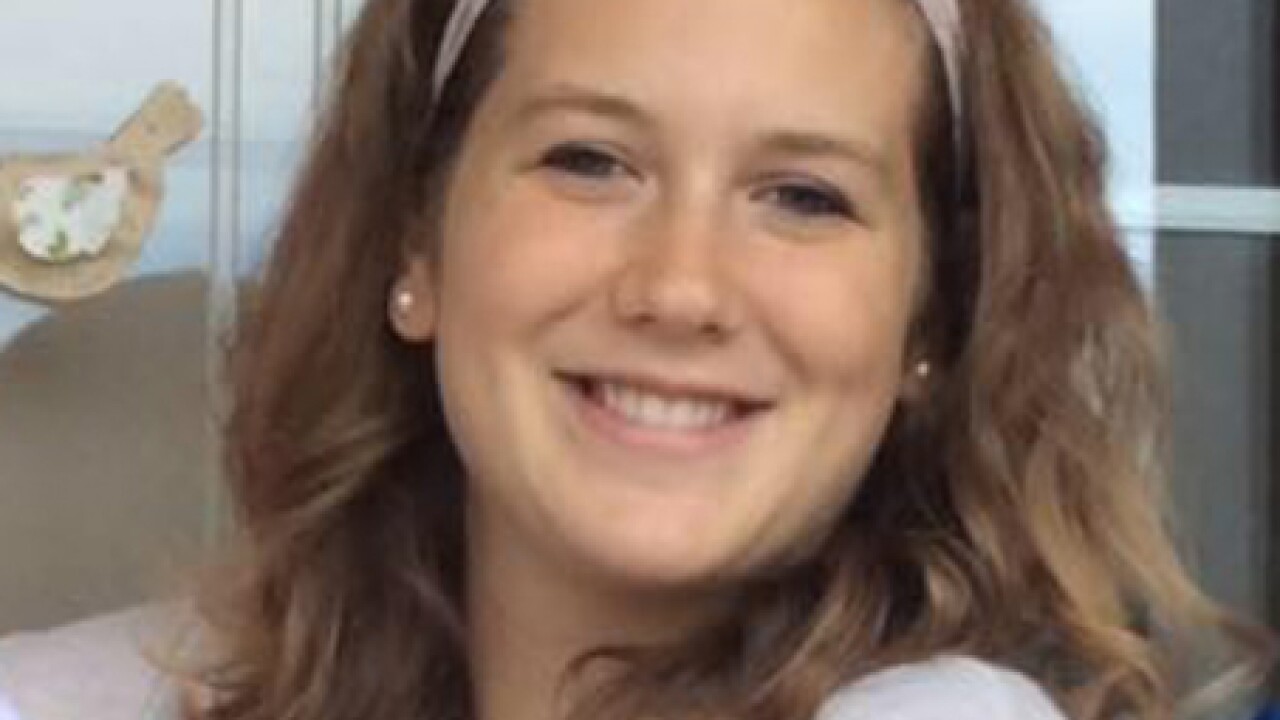 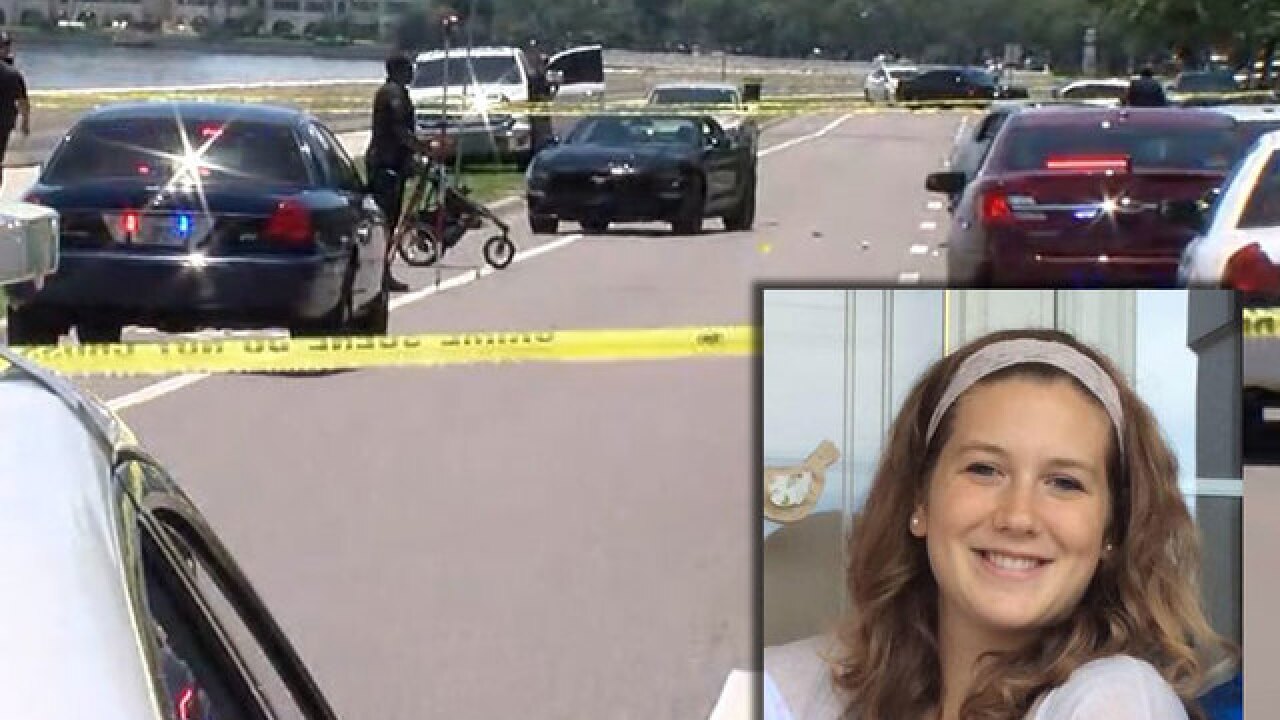 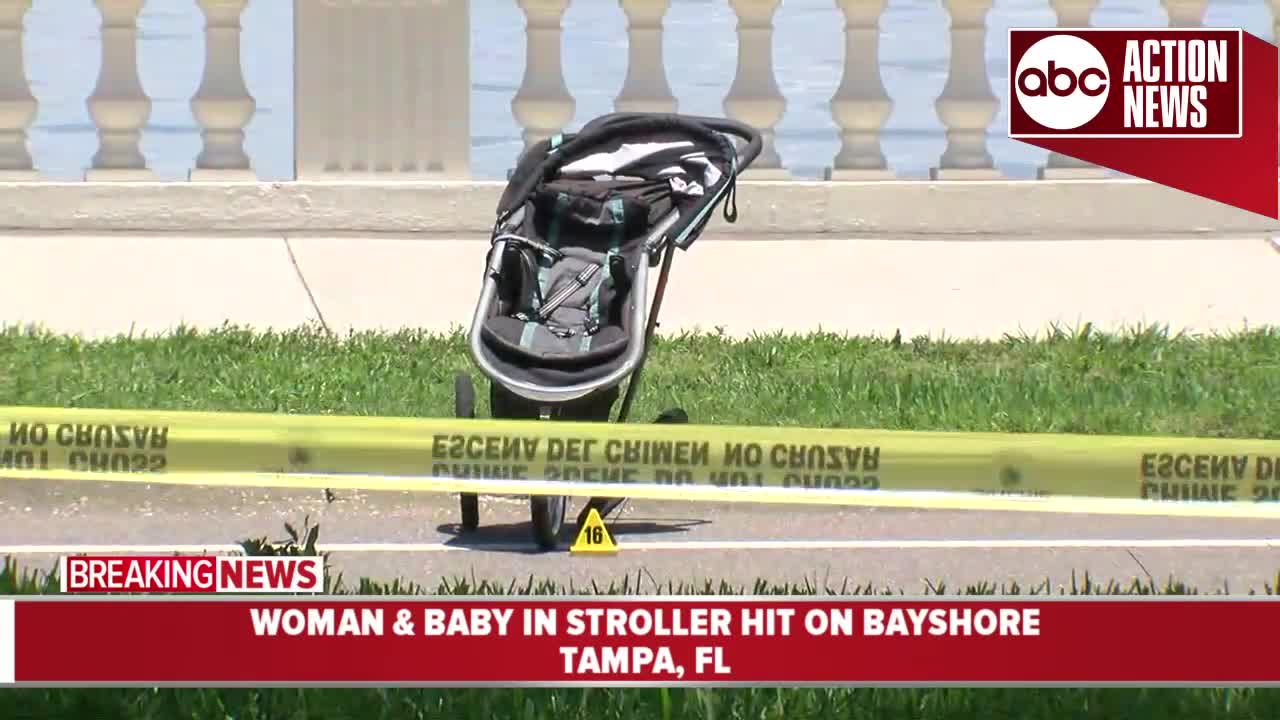 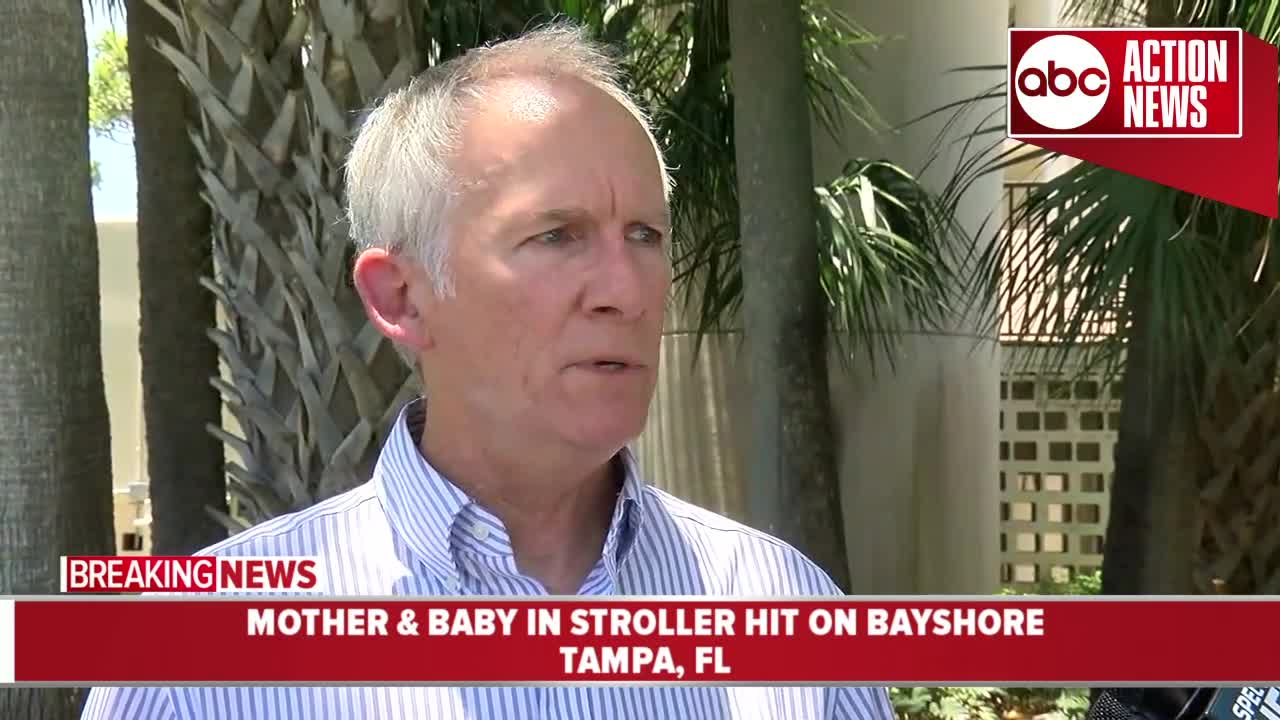 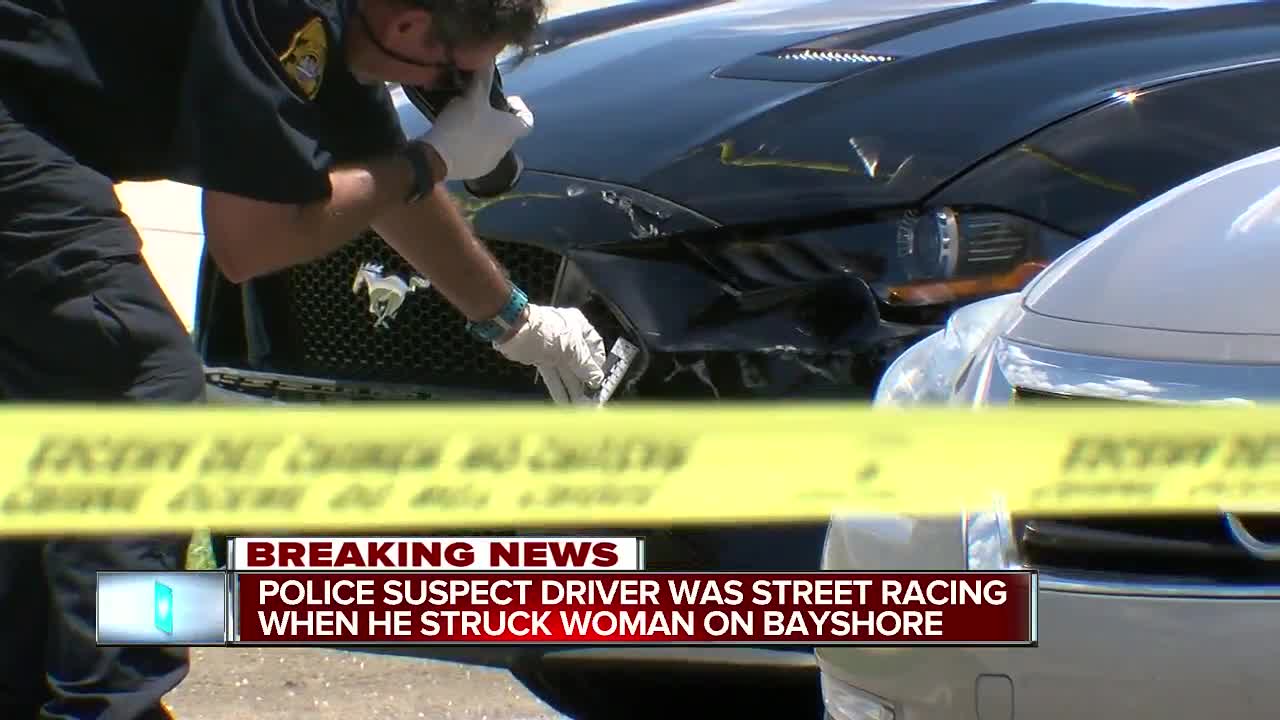 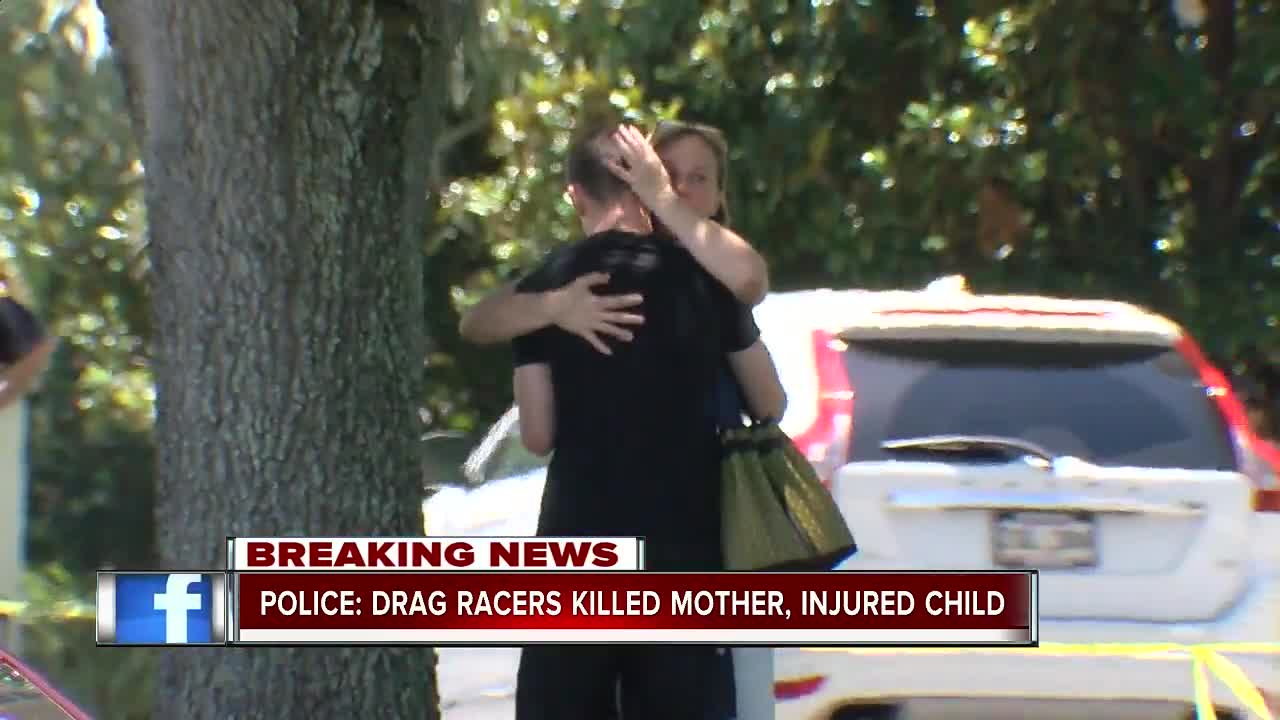 TAMPA, Fla. — Police say that street racing led to the death of a mother struck by a vehicle while pushing her child in a stroller in Tampa, Florida. Three people have been arrested.

According to Tampa Police, two cars were street racing down Bayshore Boulevard on Wednesday afternoon when one of the vehicles struck the mother and child near W. Knights Avenue in Tampa.

Police say that 18-year-old Cameron Herrin was driving a black Mustang with 20-year-old Tristan Christopher Herrin in the passenger seat. The two were reportedly engaging in a street race with a Nissan driven by 17-year-old John Alexander Barrineau. Witnesses said that at times the cars were side by side, and at other times they switched places and switched lanes.

The Mustang driven by Cameron Herrin ended up striking the victims, who were attempting to lawful cross the pedestrian ramp at the intersection of Bayshore Boulevard and W Knights Avenue.

The drivers of the two cars - Cameron Herrin and John Barrineau - face charges of street racing, vehicular homicide, and reckless driving resulting in serious bodily injury. Tristan Herrin, the passenger in the Mustang, faces one count of racing.

In the state of Florida, it is illegal to knowingly ride as a passenger in an illegal street race, according to Florida Statute 316.191.