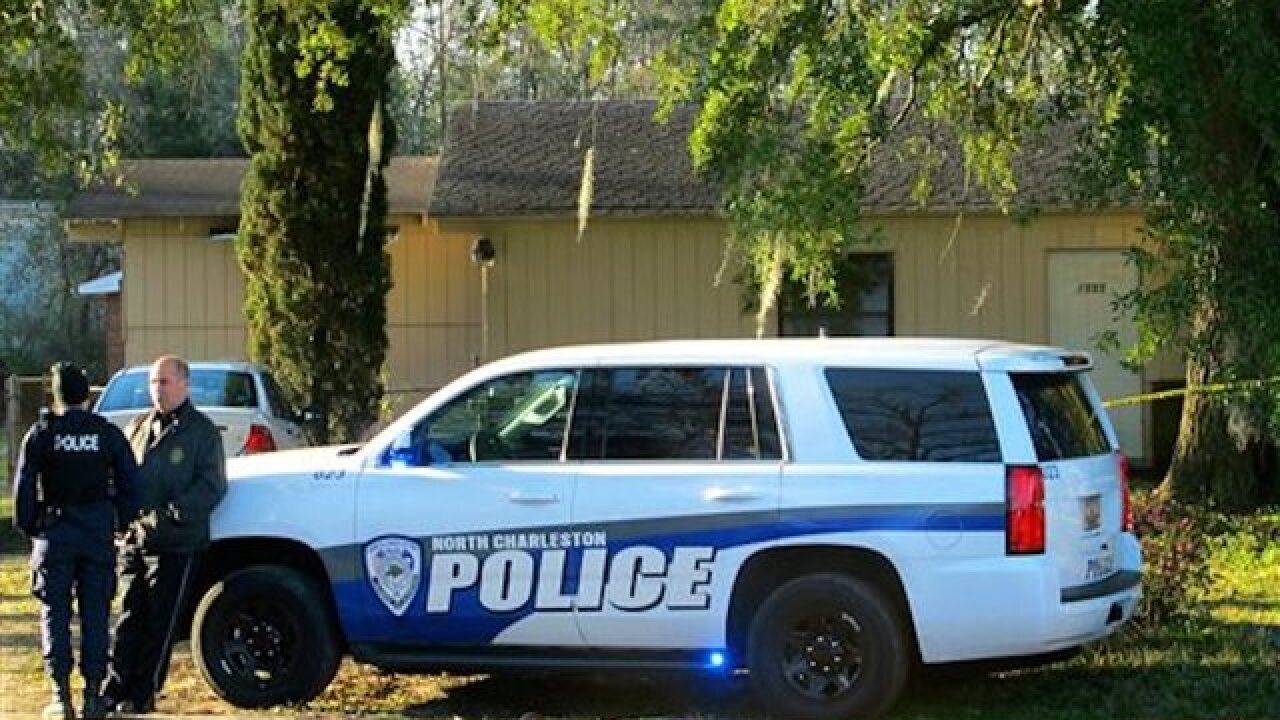 Copyright Associated Press
Bruce Smith
<p>Officers stand outside a house in North Charleston, S.C., on Friday, Feb. 26, 2016, where police say a man died of an apparently self-inflicted gunshot wound after wounding a Berkeley County Sheriff's Deputy earlier in nearby Goose Creek, S.C. Police say the deputy was in serious condition at a hospital after undergoing surgery. (AP Photo/Bruce Smith)</p>

GOOSE CREEK, S.C. (AP) — A South Carolina sheriff's deputy was shot and wounded early Friday and the suspect was later found dead after barricading himself into a home, authorities said.

A female Berkeley County sheriff's deputy was wounded early Friday after she stepped out of her vehicle in Goose Creek. Capt. Mike Cochran of the Berkeley County Sheriff's Office said the deputy was in serious but stable condition after surgery at a hospital.

Other details about her shooting were not immediately available.

Officers were tipped off that the suspect appeared to be heading from Goose Creek to North Charleston, Pryor said.

Three people who were asleep in the house were able to get out safely and told officers the suspect was injured and bleeding, Pryor said.

Hostage negotiators spent more than two hours talking with the suspect in an attempt to convince him to surrender, Pryor said. The SWAT team then moved in and found the man dead.

The names of the deputy and the suspect have not been released. Cochran said the officer had worked as a correctional officer for a couple of years and had been a patrol officer for about a year.

The State Law Enforcement Division has taken over the investigation.