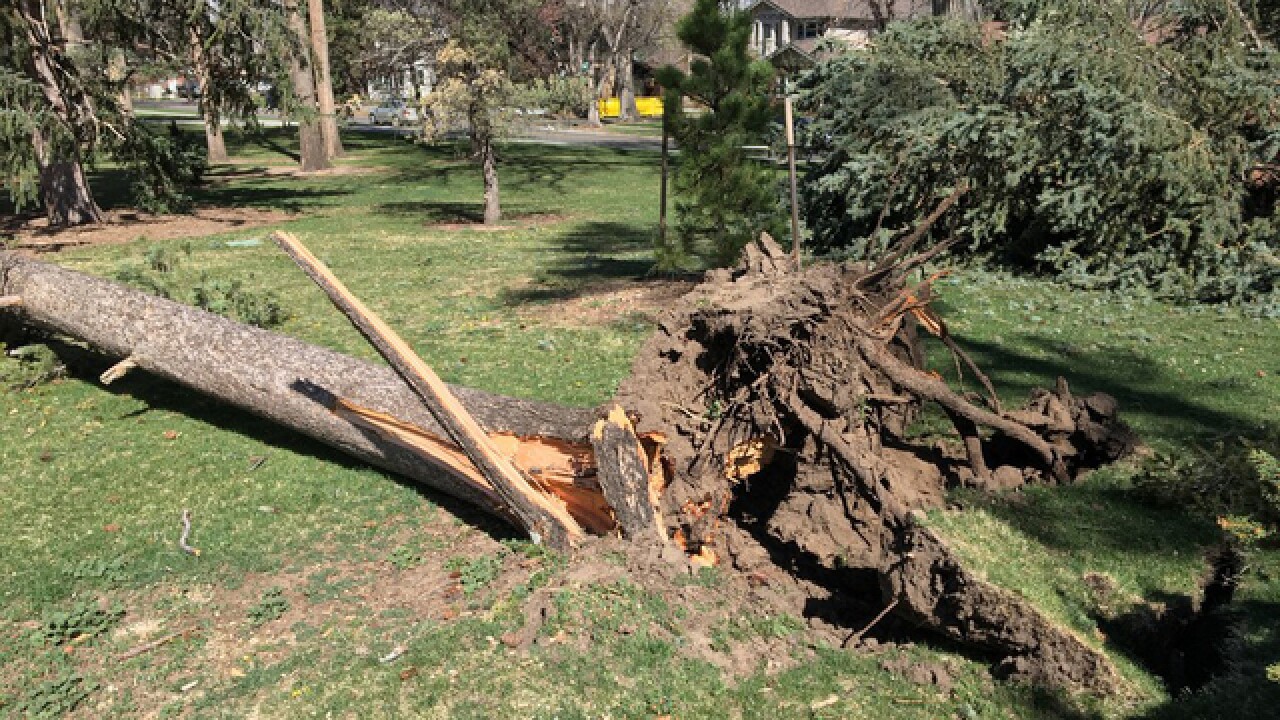 LOUISVILLE, Colo. – A woman in Louisville, Colordao died after she was struck by a falling tree branch during Tuesday’s windstorm, a spokesperson for the police department said Wednesday, making her death the first in the state caused by the near-hurricane winds.

The woman, who has not been identified, stopped to rest under a tree while she was moving into an apartment in the area of Walnut Street and Garfield Avenue at around 2 p.m.

The spokesperson said that’s when a large branch broke off due to the winds and struck her in the head.

She was taken to a hospital, but it’s not clear when the woman died as the police department only learned of her passing on Wednesday.

The Boulder County Coroner’s Office will be conducting an autopsy, but even though foul play is not suspected, detectives will be in attendance.

The Boulder Daily Camera reports there were 89 mph wind gusts in Louisville, the highest recorded in Boulder County on Tuesday.