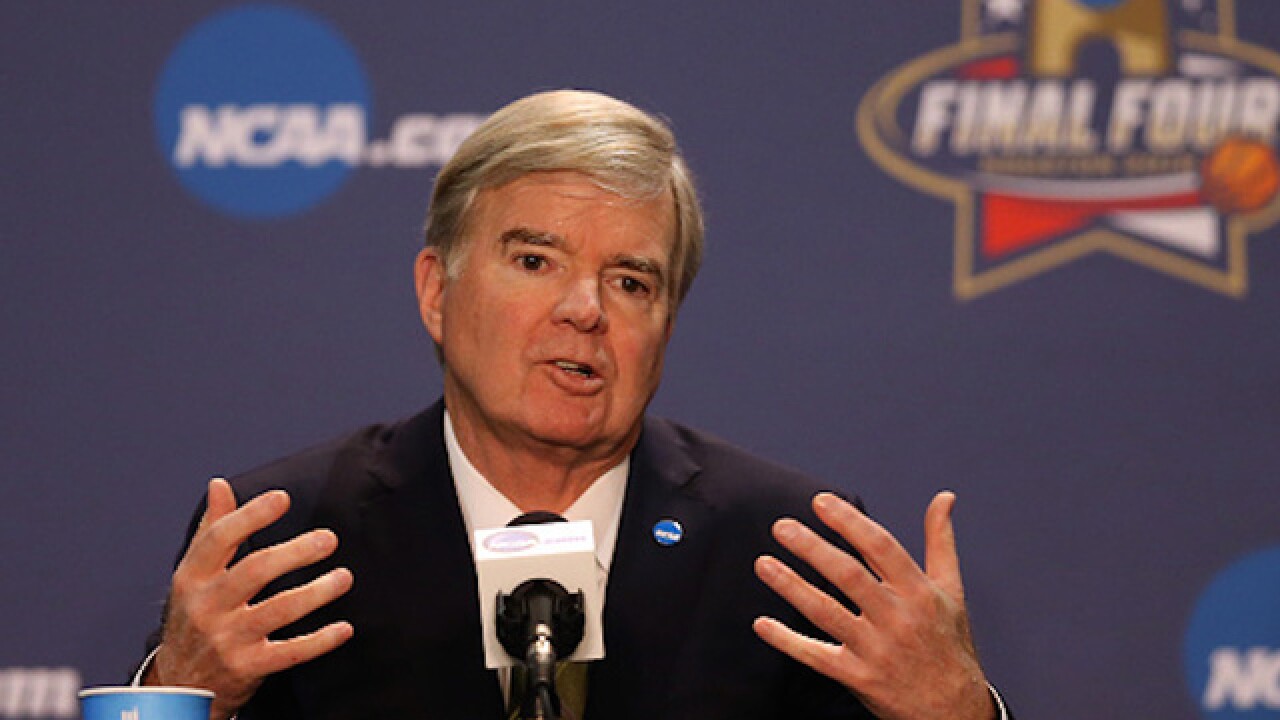 Gay rights, unionization and anti-trust laws were on the docket at the Final Four in Houston Thursday as NCAA President Mark Emmert addressed the media two days before Saturday’s games.

Emmert and the NCAA leadership had expressed frustration over Indiana’s passage of a religious freedom bill in 2015, which the gay and civil rights community denounced. Following calls to move last year’s Final Four from Indianapolis, the Emmert said it would consider such laws in selecting sites for championships.

The laws in Indiana and North Carolina has the NCAA considering pulling future events in the states.

“We're trying very hard to be situation-specific, to represent the views and values of intercollegiate athletics and higher education aggressively and to make people understand that we think some of these laws are movements in a direction that are not supportive of what we stand for and make it very, very hard, if not impossible, for us to operate in those states or those municipalities,” Emmert said.

NCAA Board of Directors chair Harris Pastides agreed with Emmert’s stance. Pasitdes is also the president of the University of South Carolina.

“I'm sensing among the membership and the board a greater interest in making our viewpoints and values more widely known,” he said. “How that plays out on Main Street around the 50 states, we'll have to wait and see. But I think it's something that is a very, very important issue for us all.”

North Carolina head coach Roy Williams said that he stands for diversity, but was not fully aware of how his state’s law affects his team’s mission.

In recent years, there has been discussion about college athletes gaining more power. While football players at Northwestern were unsuccessful in efforts to unionize, players from Missouri were successful in prompting administrative changes after threatening to boycott. The issue has been a sticky one for NCAA leadership.

The NCAA has been dealing with lawsuits in recent years over its amateurism rules. Those court cases have caused EA Sports to no longer develop an annual college football video game. In the past, the NCAA has said it would lobby Congress to give the NCAA an anti-trust exemption, but on Thursday, Emmert backed off that stance.

“Right now there is not a plan to go before Congress,” Emmert said.