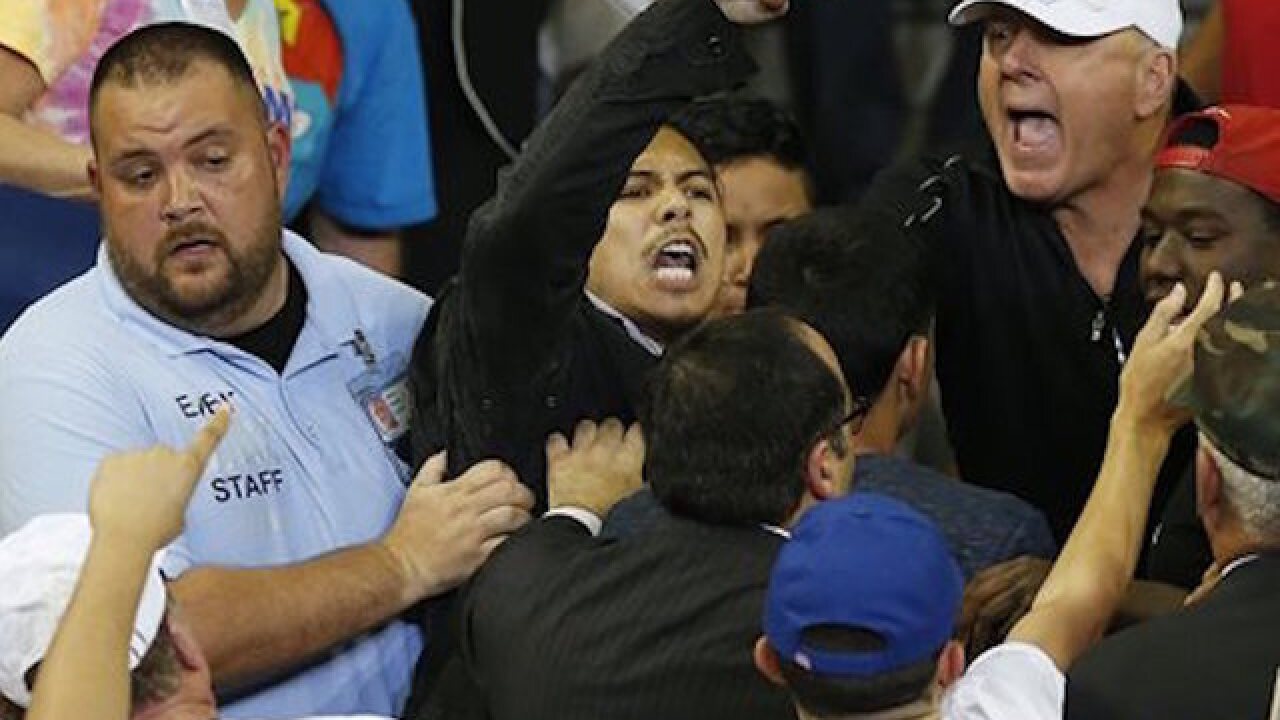 The GOP front-runner is scheduled to campaign Saturday in Ohio — Dayton and Cleveland — before an evening event in Kansas City, Missouri.

It was a raucous scene Friday night in Chicago when Trump called off the rally due to safety concerns after protesters packed the arena where he was to speak.

The announcement of the postponement led a large portion of the crowd inside the University of Illinois at Chicago Pavilion to break out into raucous cheers.