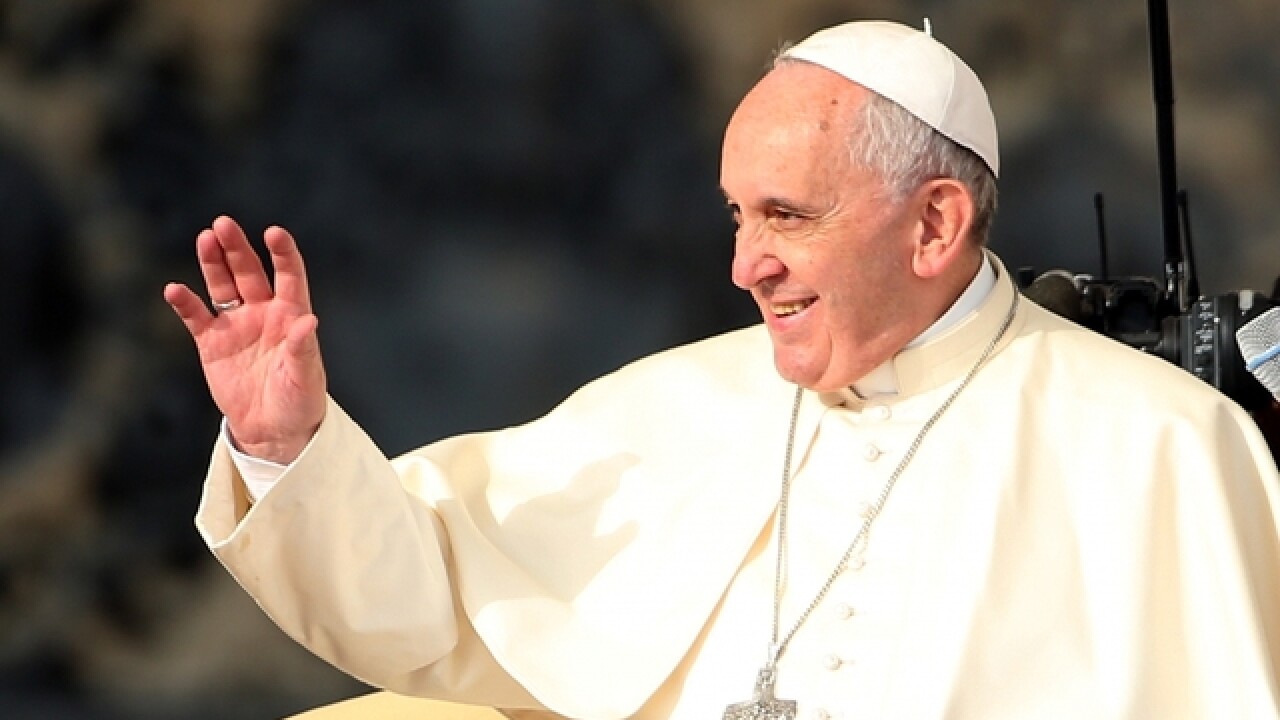 HAVANA (AP) — Pope Francis landed in Cuba Friday for the first-ever papal meeting with the head of the Russian Orthodox Church, a historic development in the 1,000-year schism within Christianity.

The pope's jetliner set down at Havana's Jose Marti International Airport, where he's scheduled to have a two-hour meeting with Patriarch Kirill before heading off on a five-day visit to Mexico, where the pontiff will bring a message of solidarity with the victims of drug violence, human trafficking and discrimination to some of that country's most violent and poverty-stricken regions.

While the meeting Havana has been hailed in some Catholic circles as an important ecumenical breakthrough, Francis has also come under criticism for essentially allowing himself to be used by a Russia eager to assert itself among Orthodox Christians and on the world stage at a time when the country is increasingly isolated from the West.

The joint declaration is expected to touch on the single most important issue of shared concern between the Catholic and Orthodox churches today: the plight of Christians in Iraq and Syria who are being killed and driven from their homes by the Islamic State group.

It is being signed in the uniquely ideal location of Cuba: far removed from the Catholic-Orthodox turf battles in Europe, a country that is Catholic and familiar to Latin America's first pope, but equally familiar to the Russian church given its anti-American and Soviet legacy.

The Vatican is hoping the meeting will improve relations with other Orthodox churches and spur progress in dialogue over theological differences that have divided East from West ever since the Great Schism of 1054 split Christianity.

But Orthodox observers say Kirill's willingness to finally meet with a pope has less to do with any new ecumenical impulse than grandstanding within the Orthodox church at a time when Russia is increasingly under fire from the West over its military actions in Syria and Ukraine. Kirill, a spiritual adviser to Russian President Vladimir Putin, leads the most powerful of the 14 independent Orthodox churches that will meet this summer in Greece in the first such pan-Orthodox synod in centuries.

"This isn't benevolence. It's not a newfound desire for Christian unity," said George Demacopoulos, the Greek-Orthodox chairman of Orthodox Christian studies at Fordham University in New York. "It is almost entirely about (Kirill) posturing and trying to present himself as the leader of Orthodoxy."

Popes as far back as Paul VI have met with the Istanbul-based Ecumenical Patriarch, who is the "first among equals" in the 250 million-strong Orthodox Church and the only patriarch who can speak for global Orthodoxy. But the Russian Church is the biggest, wealthiest and most powerful in Orthodoxy, and has always kept its distance from Rome.

Catholic and Orthodox have remained estranged over a host of issues, including the primacy of the pope and, more recently, Russian Orthodox accusations that the Catholic Church was poaching converts in former Soviet lands. Those tensions have prevented previous popes from ever meeting with the Russian patriarch, even though the Vatican has long insisted that it was merely ministering to tiny Catholic communities.

The most vexing issue in recent times centers on the Ukrainian Greek Catholic Church, the country's second-largest, which follows eastern church rites but answers to the Holy See. The Russian Orthodox Church has considered western Ukraine its traditional territory and has resented papal influence there.

Cardinal Kurt Koch, the head of the Vatican office that deals with Orthodox relations, said the Ukrainian church will certainly come up in the two-hour private talks between Francis and Kirill.

"I think it would be impossible to meet without discussing such issues," he told Vatican Radio. But he said the future significance of the meeting could not be overstated.

"It will certainly forge relations within Orthodoxy: We still don't have contact with a lot of Orthodox patriarchs, and this meeting could help develop intra-Orthodox relations ahead of the pan-Orthodox council," he said. "Improved understanding between Rome and Moscow will certainly have positive effects on the theological dialogue."

Such hoped-for progress may seem naive, since the Russian church has always been reluctant to engage in theological dialogue over the primacy of the pope, said the Rev. Stefano Caprio, one of the first Catholic priests who arrived in Russia in 1989 to minister to the Catholic community and now is a professor of Russian history and culture at the Pontifical Oriental Institute in Rome.

He said the Russian position has long been: "We're interested in ecumenism only in the sense of collaboration in managing the crises of a Christianity that is attacked in some countries by violent forces ... and above all to unite against global secularization," he said.

While a papal trip to Russia is still a long-sought dream, Caprio ruled it out for the foreseeable future.

Immediately following his meeting with Kirill, the pontiff will fly to Mexico for a weeklong tour that will take him once again to uncharted papal territory.

Among his stops will be the crime-plagued Mexico City suburb of Ecatepec, where his visit will shine an uncomfortable spotlight on the government's failure to solve entrenched social ills that plague many parts of Mexico — inequality, rampant gangland killings, extortion, disappearances of women, crooked cops and failed city services.

He will also visit the mainly indigenous southern state of Chiapas, which has the country's highest poverty rate. There he will celebrate a very Indian Mass and present a decree authorizing the use of indigenous languages in liturgy.

Francis will end his trip in the violent northern city of Ciudad Juarez, where he will pray at the border for all who have died trying to cross into the U.S. — a prayer he hopes will resonate north of the border.