President George H.W. Bush moved out of the ICU 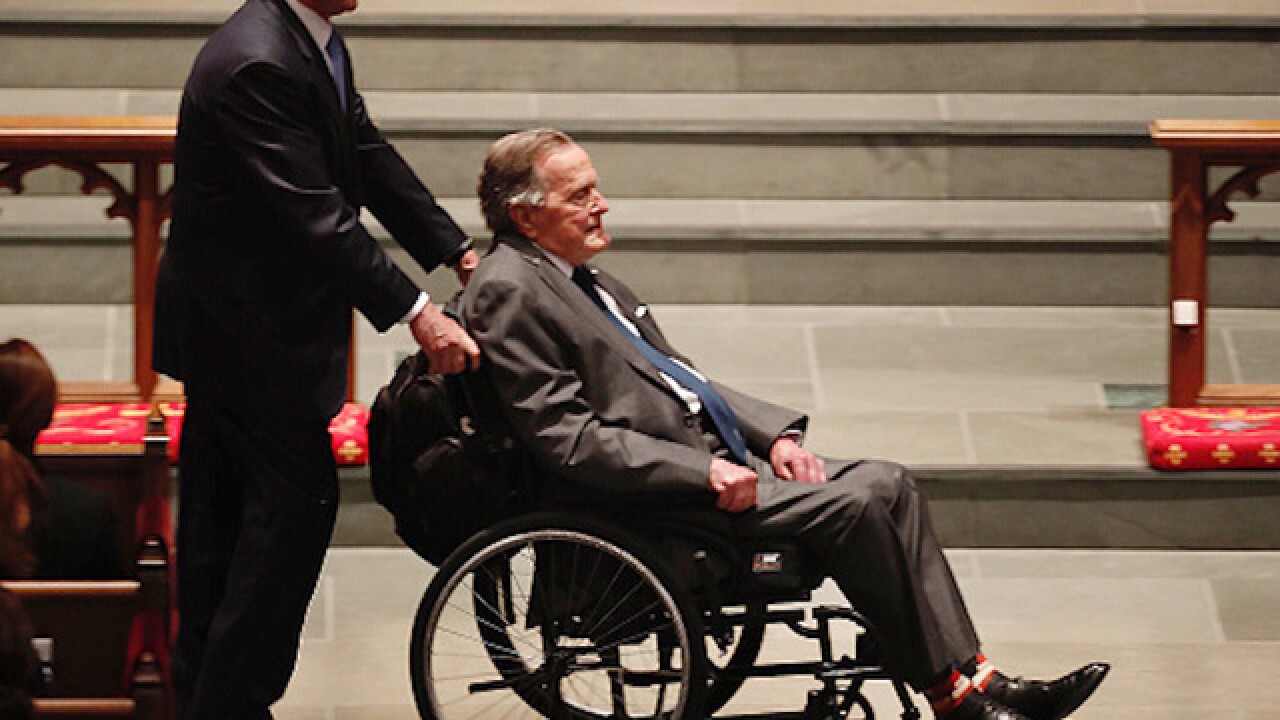 Former President George H.W. Bush is doing much better, according to a statement released by his office on Wednesday.

President George H.W. Bush has been moved from the intensive care unit at Houston Methodist Hospital to a regular patient room, and is expected ot continue his recovery there for several more days. He is alert and talking with hospital staff, family and friends, and his doctors are very pleased with his progress.

President Bush naturally thanks everyone for their prayers and good wishes. He also wants to assure everyone that, as good as he feels now, he is more focused on the Houston Rockets closing out their playoff series against the Minnesota Timberwolves than anything that landed him in the hospital.

Bush, 93, was admitted to the Houston Methodist Hospital Sunday morning after contracting an infection that spread to his blood, family spokesman Jim McGrath said, a day after a funeral was held for his wife.

According to McGrath, the 41st President has said he is determined to get healthy and get to Maine this summer. On Monday, McGrath said Bush was "responding to treatments and appears to be recovering."

According to a source close to the former Republican President, Bush was admitted to the hospital with an infection that led to sepsis, which can be life-threatening. He was in critical condition, the source said.

The source added that Bush's blood pressure kept dropping and a couple of times there was serious concern about whether he was going to come through, but that he had been stabilized.