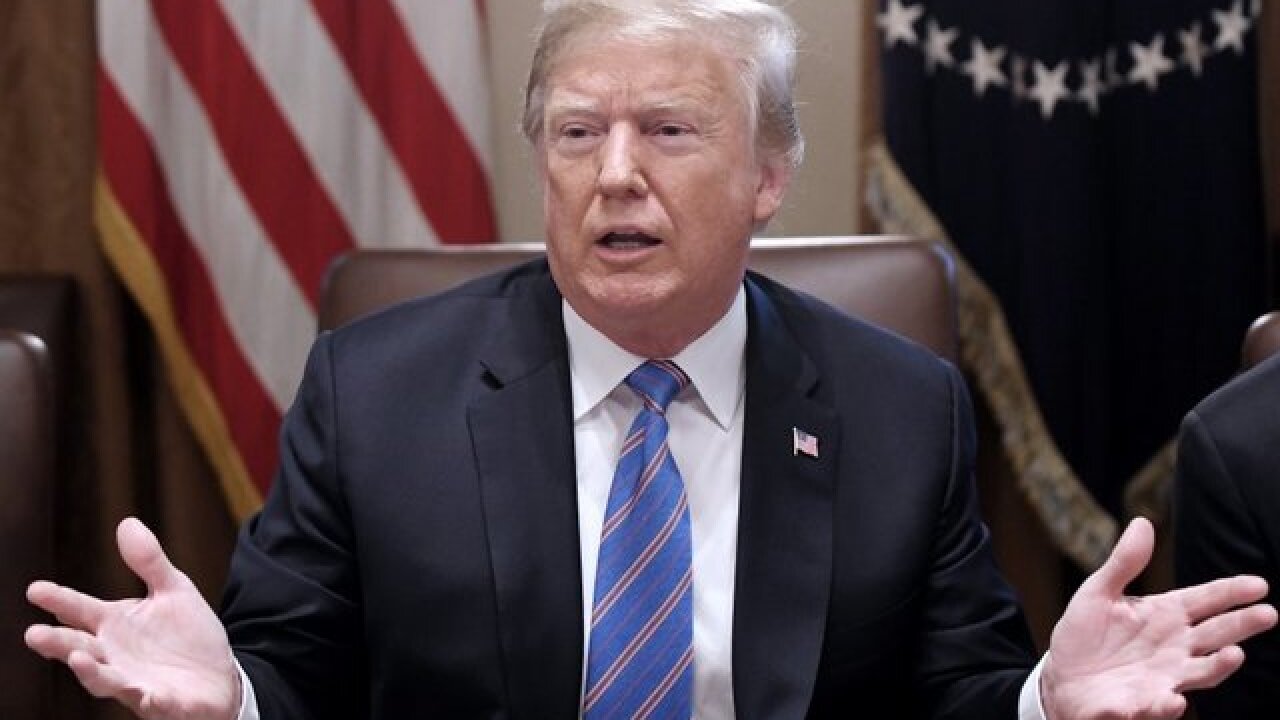 President Donald Trump railed Tuesday against billionaire conservative brothers Charles and David Koch, accusing them of being against key components of his populist agenda and suggesting they're irrelevant in today's Republican Party.

Trump's public attack, following a weekend in which he was criticized at a Koch network summer meeting, comes amid speculation that the Koch brothers are reconsidering their typically full-throated support for Republican candidates during the midterm elections.

"The globalist Koch Brothers, who have become a total joke in real Republican circles, are against Strong Borders and Powerful Trade. I never sought their support because I don't need their money or bad ideas," Trump tweeted Tuesday morning. "They love my Tax & Regulation Cuts, Judicial picks & more."

In a separate tweet, Trump argued that he "made them richer" and that the Koch network "is highly overrated."

"I have beaten them at every turn," Trump wrote of the Kochs. They want to protect their companies outside the U.S. from being taxed, I'm for America First & the American Worker - a puppet for no one. Two nice guys with bad ideas. Make America Great Again!"

Trump has long had a contentious relationship with the Koch brothers, who often support a libertarian perspective. They did not financially back Trump in 2016, though they did spend to support down-ballot races and remain very much a force in Senate and House contests.

Since Trump became President, the Koch brothers, whose business interests range from petroleum to ranching to textiles, have supported some of his economic policies -- especially rewriting the tax code, which their network backed vigorously -- while opposing many of his populist initiatives, particularly his strategy on trade and tariffs.

Koch-backed groups have also worked with Trump son-in-law and senior adviser Jared Kushner on issues like prison reform and have been pleased with Trump's deregulatory agenda.

The Koch network's influence, even among Republicans, has come into question in the conventional wisdom-shredding era of Trump. The network has during the past year and a half fruitlessly pushed for comprehensive health care and immigration reform, and like other leading conservative groups, the network has been powerless to persuade the President to rethink policies they oppose.

Although the Koch network has not adjusted its spending projections for the midterms, its thematic shift suggests the GOP-aligned group could be contemplating a new power dynamic in Washington and its place in it. The Koch network has dabbled in working with and supporting Democrats when their interests have aligned, and the network alarmed some Republicans earlier this year when it funded a digital ad campaign applauding North Dakota Sen. Heidi Heitkamp's support for rolling back bank regulations.

On Sunday, Charles Koch vowed to reporters that his network would "hold people responsible" for not defending his network's libertarian principles and policy priorities. During the conference, network co-chair Brian Hooks also criticized Trump and his administration, saying "the divisiveness of this White House is causing long-term damage."