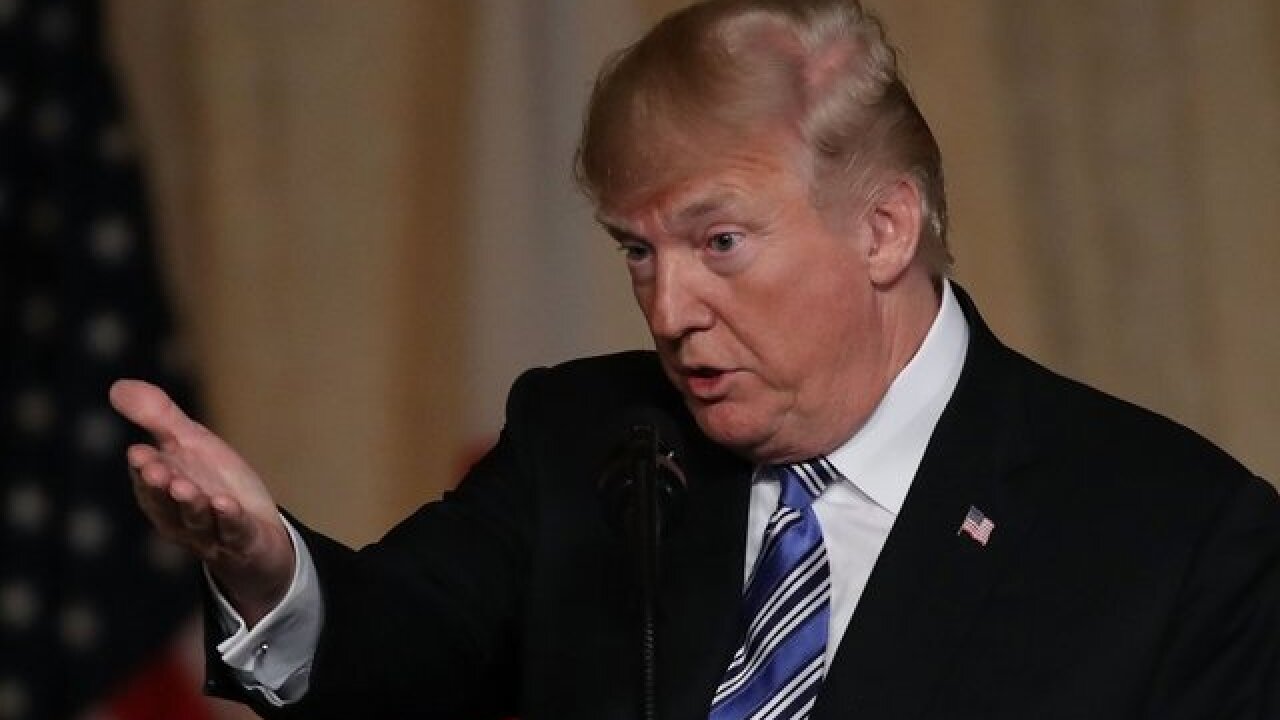 President Donald Trump acknowledged for the first time that he repaid his lawyer Michael Cohen more than $100,000 for expenses Cohen incurred during the 2016 presidential election, according to a financial disclosure form released Wednesday.

Daniels has alleged she had a sexual encounter with Trump in 2006, a claim he denies.

"In 2016, expenses were incurred by one of Donald J. Trump's attorneys, Michael Cohen," read a footnote on the form, which was released by the Office of Government Ethics. "Mr. Cohen sought reimbursement of those expenses and Mr. Trump fully reimbursed Mr. Cohen in 2017. The category of value would be $100,001-$250,000 and the interest rate would be zero."

Trump submitted the document on Tuesday, the deadline for administration employees to file their financial documents. The agency reviewed the form and made it public on Wednesday.

Trump's representatives said in the document that revealing the payments made to Cohen was not necessary by law, instead saying they were listing them "in the interest of transparency."