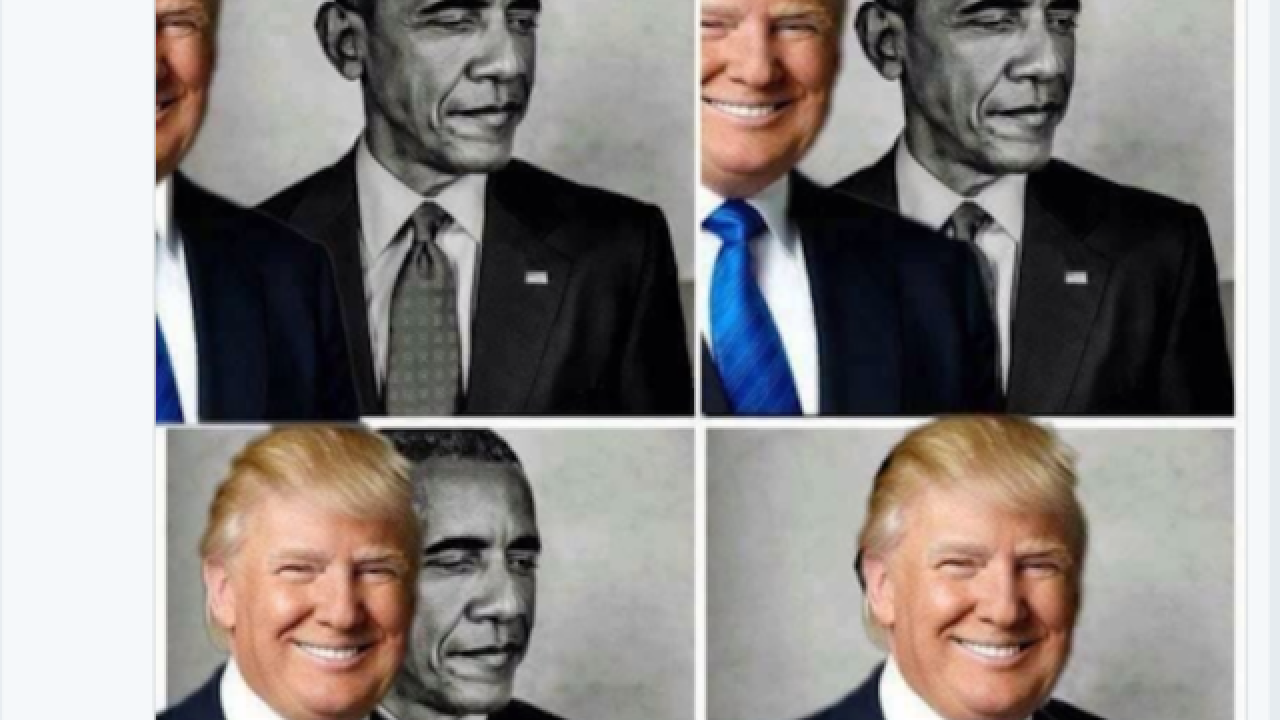 After a few days of staying relatively quiet on Twitter, President Trump fired off a series of scathing messages Thursday morning, which included a retweet of a meme from the account of a "YouTube actor."

The meme, originally retweeted in response to Trump by an account with the name Jerry Travone, features a series of pictures of the President gradually moving in front of President Obama. The caption reads "THE BEST ECLIPSE EVER!"

Travone's Twitter bio describes him as a "a YouTube Actor and Political Junkie . Proud Trump supporter and pushback against liberalism."

Trump also spent the morning attacking GOP congressional leaders Mitch McConnell and Paul Ryan, claiming he requested that the pair attach debt ceiling legislation to a recently passed VA reform bill, claiming the debt ceiling could have been "easy," but "now a mess!"

I requested that Mitch M & Paul R tie the Debt Ceiling legislation into the popular V.A. Bill (which just passed) for easy approval. They...

...didn't do it so now we have a big deal with Dems holding them up (as usual) on Debt Ceiling approval. Could have been so easy-now a mess!

Later, Trump went after McConnell again, saying that he his only problem with Mitch McConnell was that he failed to repeal and replace Obamacare.

The only problem I have with Mitch McConnell is that, after hearing Repeal & Replace for 7 years, he failed!That should NEVER have happened!

Trump also attack the media for criticizing a series of speeches this week, and attacked former director of national intelligence James Clapper.