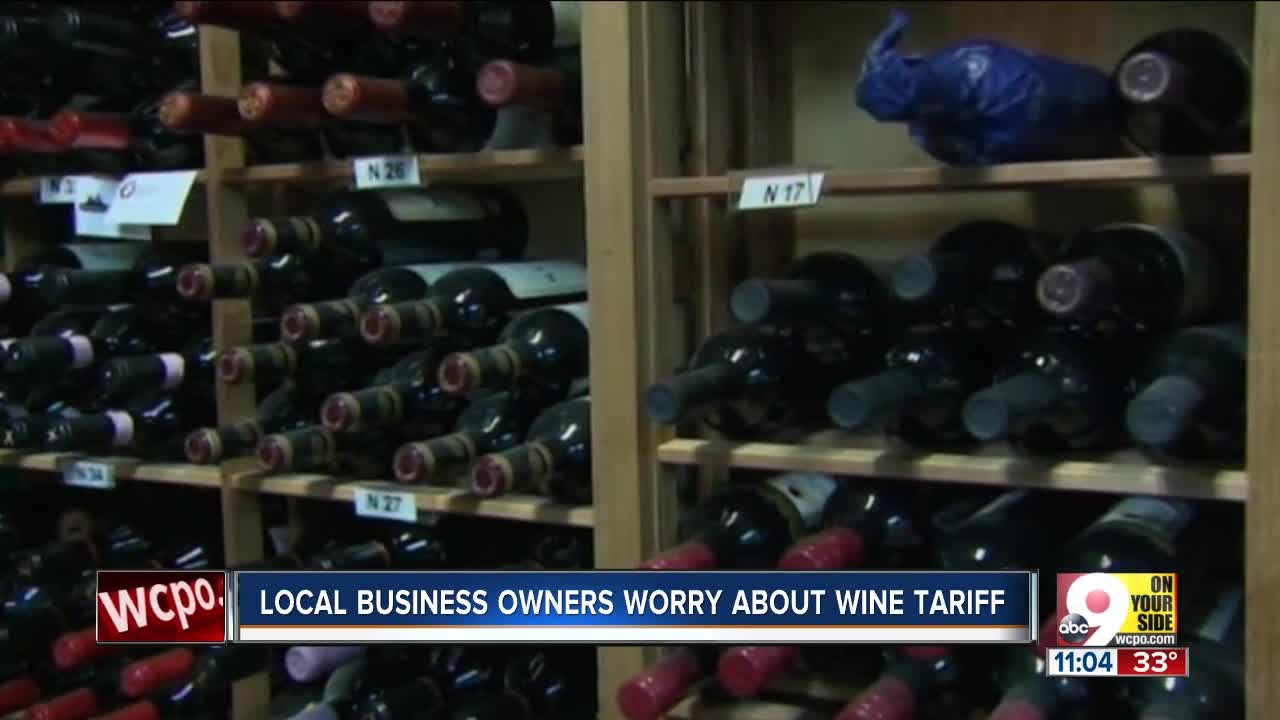 Fearing Trump administration tariffs that could double the cost of importing wine from European Union countries, Ohio restaurateurs on Wednesday appealed to Rep. Steve Chabot to oppose any future tariffs.

Fearing Trump administration tariffs that could double the cost of importing wine from European Union countries, Ohio restaurateurs on Wednesday appealed to Rep. Steve Chabot to oppose any future tariffs.

Chabot, a Republican representing Ohio District 1, told the group understood their problem: President Donald Trump “has been looking for leverage (with Europe), and unfortunately, you’re the folks who’ve been kind of been the leverage.”

And being the leverage doesn’t feel good.

“It’s a ripple effect,” Keegan Corcoran, who manages beverage distribution for the Jeff Ruby’s chain, said of the tariffs. “It can really significantly harm our economy.”

Trump and French President Emmanuel Macron agreed to a ceasefire Monday after weeks of feinting at a trade war, but not before Trump raised the possibility of a 100% tariff on French goods such as wine, cheese and handbags.

American wine importers have paid a 25% tariff on EU-produced wines since October 2019, when the Trump administration imposed $7.5 billion in tariffs on various EU-produced goods in response to a legal fight over airline subsidies.

Adding another — especially one as high as 100% — would cut the entire restaurant industry off at the knee, said Eric Faber, a professional wine distributor partnered with over 1,800 restaurants through Cutting Edge Selections.

“For a lot of restaurants, especially fine dining or upscale restaurants, their wine list, it’s the largest profit center,” he said. If new tariffs were to pass, “you’ll see significant job loss and difficulty for restaurants to stay open.”

Why not just forego European wine and drink American? There isn’t enough of it to go around, Faber said. Even if every available American vineyard put itself to the task of producing as much wine as possible, it wouldn’t be enough. It also wouldn’t be ready for years, and when it matured, it would be more expensive.

“Wine’s a finite resource,” Faber said. “It can’t just be produced overnight. You can harvest fruit once a year, then it takes time to age and prepare. Wines take several years before they’re able to produce fruit capable of making quality wine.”

Faber, who has testified at tariff hearings and met with other Ohio representatives in private, described an atmosphere of fear and anxiety at his company. He spent the day after the 25% tariff announcement attempting to reassure wine makers, distributors and importers their industry had merely been wounded.

The prospect of even more tariffs makes him just as anxious, he added. Although the trade war had been called off by Wednesday night, it could start again just as easily.

“From a business standpoint, it puts about half of our business at a stop,” he said. “We can’t bring in product if we don’t know what tariffs will be affected and when, so we’re looking at running out of stock on some key important items that are a large part of our revenue.”

Chabot said he was sympathetic to the group’s situation and pleased Trump’s negotiations with Macron had not resulted in a 100% tariff.

He promised to speak to trade officials and the Trump administration but acknowledged the decision is not up to Congress.

"The president is trying to put some pressure on the Europeans who are doing some things that aren't necessarily favorable to America, so there's some balancing here that has to go on,” he said.