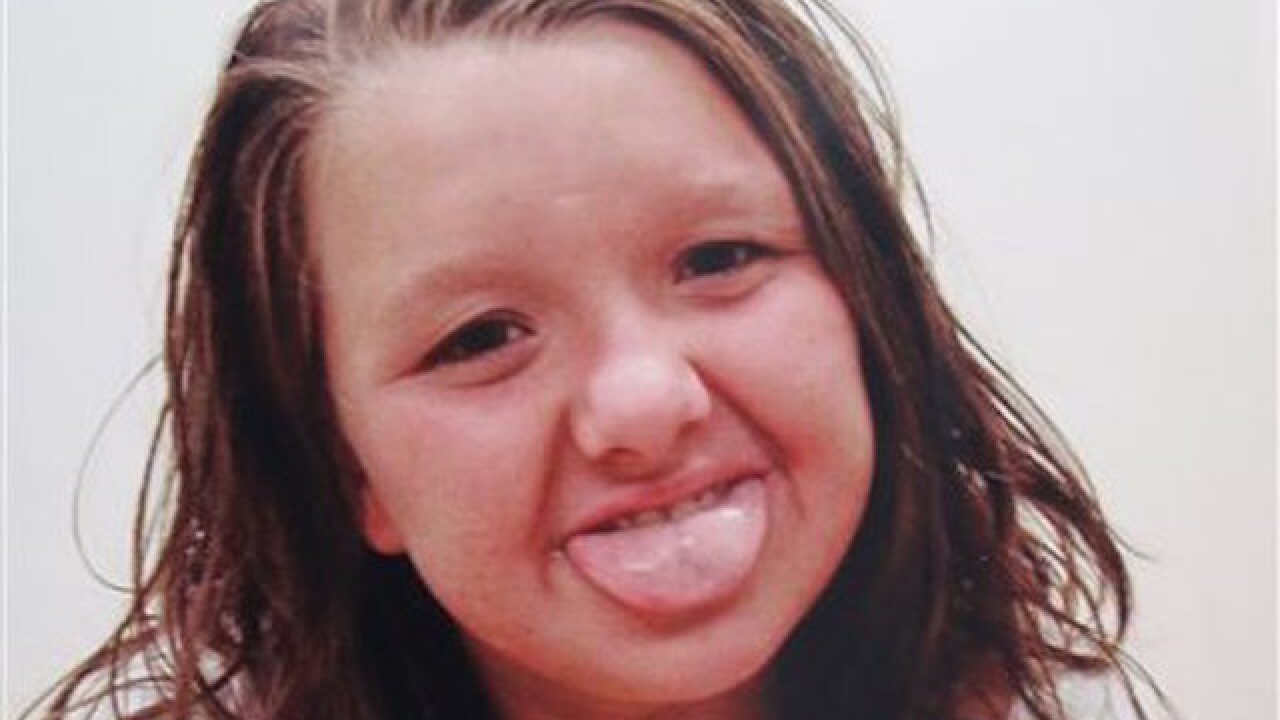 Tammy Weeks
<p>This undated photo provided by Tammy Weeks shows her daughter, Nicole Lovell, posing when she was 10 in Blacksburg, Va. The 13-year-old girl was found dead just across the state line in Surry County, N.C., and two Virginia Tech students are charged in the case. (Tammy Weeks via AP)</p>

BLACKSBURG, Va. (AP) — David Eisenhauer, a Virginia Tech engineering student accused of kidnapping and murdering a 13-year-old girl who climbed out her bedroom window last week, said "I believe the truth will set me free."

That's his most lengthy statement yet, appearing in a police document resulting from his arrest on Saturday.

That same day, the body of Nicole Madison Lovell was found hidden off a North Carolina road, two hours south of campus. A preliminary report found that the cause of death was stabbing, and she died the same day she went missing — Wednesday, Commonwealth's Attorney Mary Pettitt said at a news conference Tuesday afternoon. But the truth of what happened to Nicole has been closely guarded by investigators, and officials said little else at the news conference.

Another promising engineering major at Virginia Tech also is behind bars. Natalie Keepers will be charged Tuesday with being an accessory before the fact to the first-degree murder, Pettitt said. That's in addition to earlier charges that accuse her of helping to dispose of the girl's body. The new charge carries a term of up to life in prison, Pettitt said.

The prosecutor said she would not take questions about the investigation. She said her responsibility is "to maintain the integrity of investigation and seek justice inside the courtroom."

Nicole's mother, Tammy Weeks, also spoke, describing the health problems her daughter battled and the joys in her short life.

"Her favorite color was blue. Nicole was a very lovable person. Nicole touched many people throughout her short life," Weeks read from a statement. Her cries grew, and an official ushered her away.

Nicole bore emotional and physical wounds as a young teen, suffering from bullying at school and online over her weight and a tracheotomy scar, her mother has said. She needed daily medication after a liver transplant, and also survived lymphoma and a drug-resistant bacterial infection.

Weeks shared with The Associated Press two photos of her daughter: one at about 10, sticking out her tongue and wearing a shirt with an actor from the "Twilight" movies; the other in a Mountain Dew hat and Dr. Pepper shirt last summer.

Eisenhauer, 18, is charged with kidnapping and murdering Nicole; Keepers, 19, is charged with improper disposal of a body and accessory after the fact in the commission of a felony. They said little at court appearances Monday, and their lawyers have declined to comment.

Blacksburg police said they have evidence showing Eisenhauer knew the girl before she disappeared Wednesday.

"Eisenhauer used this relationship to his advantage to abduct the 13-year-old and then kill her. Keepers helped Eisenhauer dispose of Nicole's body," a police statement said.

On campus, state police divers continued to search a pond, and wouldn't say what they hoped to find.

The arrests of the two ambitious and focused students shocked people who knew them in Maryland, where they attended nearby high schools. Neither had prior criminal records, police said.

"We had no reason to think he would be unsuccessful in his goals because he was very focused," said Principal James LeMon at Wilde Lake High School, where Eisenhauer graduated last year.

Nicole was 5 years old when she survived all those health problems, Weeks told The Washington Post.

Nicole didn't like going to school because girls called her fat and talked about her transplant scars. "It got so bad I wouldn't send her," Weeks said, but the bullying continued on social media.

Eisenhauer lived in Ambler Johnston Hall, the same co-ed residence hall where the first two people were killed in the 2007 campus massacre that left 32 dead.

"From what we've heard, he really stayed in his room a lot," said Abbey Workmeister, another freshman who lives in the same dormitory.

Logan Fry, a sophomore who lives on the same floor and also ran track in high school, said Nicole's death and the arrest of her dorm neighbor was frightening.

"Like, it definitely could have been me," she said.