FBI uses occupiers' words against them 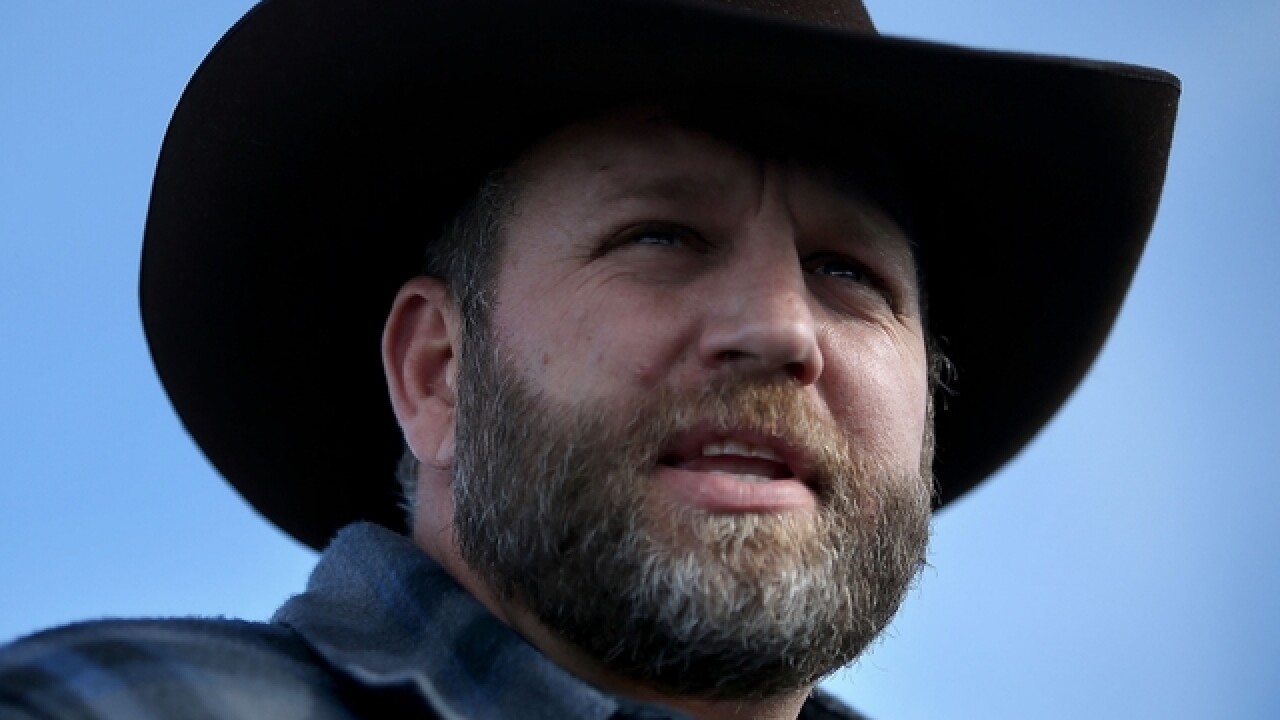 PORTLAND, Ore. (AP) — Ammon Bundy and his followers made ample use of social media and videos to summon armed recruits to join their takeover of a wildlife refuge and to declare their readiness to stand their ground. Now federal authorities are using the occupiers' own words against them.

Court documents against the 11 occupiers under arrest show that FBI agents have carefully scrutinized social media postings, interviews and online talk shows that were broadcast from the Malheur National Wildlife Refuge during the standoff that began nearly a month ago.

Bundy and several other jailed leaders appeared Friday in federal court in Portland, where a judge denied their release. U.S. Magistrate Judge Stacie Beckerman said Bundy, his brother Ryan Bundy and Ryan Payne pose a danger to the community and she is concerned they would not follow orders to return to Oregon for criminal proceedings.

Beckerman said she would release them only if the standoff ends. Four holdouts continued to occupy the refuge in the snowy high country near Burns, and they posted a YouTube video Friday demanding pardons for everyone involved in the occupation.

A speaker believed to be David Fry said he asked the FBI whether it was possible to "get out of here without charges," but "they keep saying that's not possible."

Ammon Bundy's lawyer, Lissa Casey, said her client is not aligned with those remaining at the refuge and wants to go back to his family in Idaho.

"He is done in Harney County; his message has been sent," she said.

Casey said Bundy didn't recognize Fry's name and that he was not a core member of the group.

Bundy and his followers took over the refuge Jan. 2 to demand that the federal government turn public lands over to local control. They have complained about what they say are onerous federal rules governing grazing and mining rights across the West.

Court documents detail some of the evidence against the occupiers, including a memorandum filed by prosecutors Friday arguing against releasing defendants before trial.

"As the armed group's unrepentant leader, he (Ammon Bundy) has consistently and publicly expressed support for an armed occupation that has endangered, and continues to endanger, many people," the document states.

A criminal complaint filed earlier this week makes reference to an online video that showed Bundy saying the group planned to stay for several years. He called on people to "come out here and stand," adding: "We need you to bring your arms."

A video posted Jan. 4 showed another defendant, Jon Ritzheimer, saying he was "100 percent willing to lay my life down."

In a video posted a day later, Ritzheimer talked about Robert "LaVoy" Finicum and other occupiers taking up a "defensive posture" at the refuge against a feared FBI raid.

Finicum was killed Tuesday night in a confrontation with the FBI and Oregon State Police on a remote road. Bundy and four others were arrested during the encounter, and more followers were taken into custody by the next day.

At one point, a couple of dozen ranchers and other protesters were holed up at the refuge, but they began clearing out after the arrests and killing.

The FBI on Thursday released a video showing Finicum's death, to counter claims he did nothing to provoke his killing.

In the aerial video, Finicum is pulled over in his white truck but then takes off in the vehicle and plows into a snowbank because of a roadblock. He gets out of his truck and has his hands up at first, then reaches toward his jacket pocket at least twice. He is shot and falls to the snow.

The FBI said a loaded handgun was found in the pocket.

An undisclosed number of state troopers involved in the shooting have been placed on leave pending an investigation, which is standard procedure.

The charges against the defendants say the refuge's 16 employees have been prevented from reporting to work because of threats of violence.

Ammon Bundy is the son of Nevada rancher Cliven Bundy, who was involved in a tense 2014 standoff with the government over grazing rights.

On Friday, the younger Bundy told the judge he respects her authority and would come back if released. He said he has no interest in returning to the refuge, saying "my only desire is to be home with family and take care of my wife and children."

Bundy and his followers will be back in court next week.