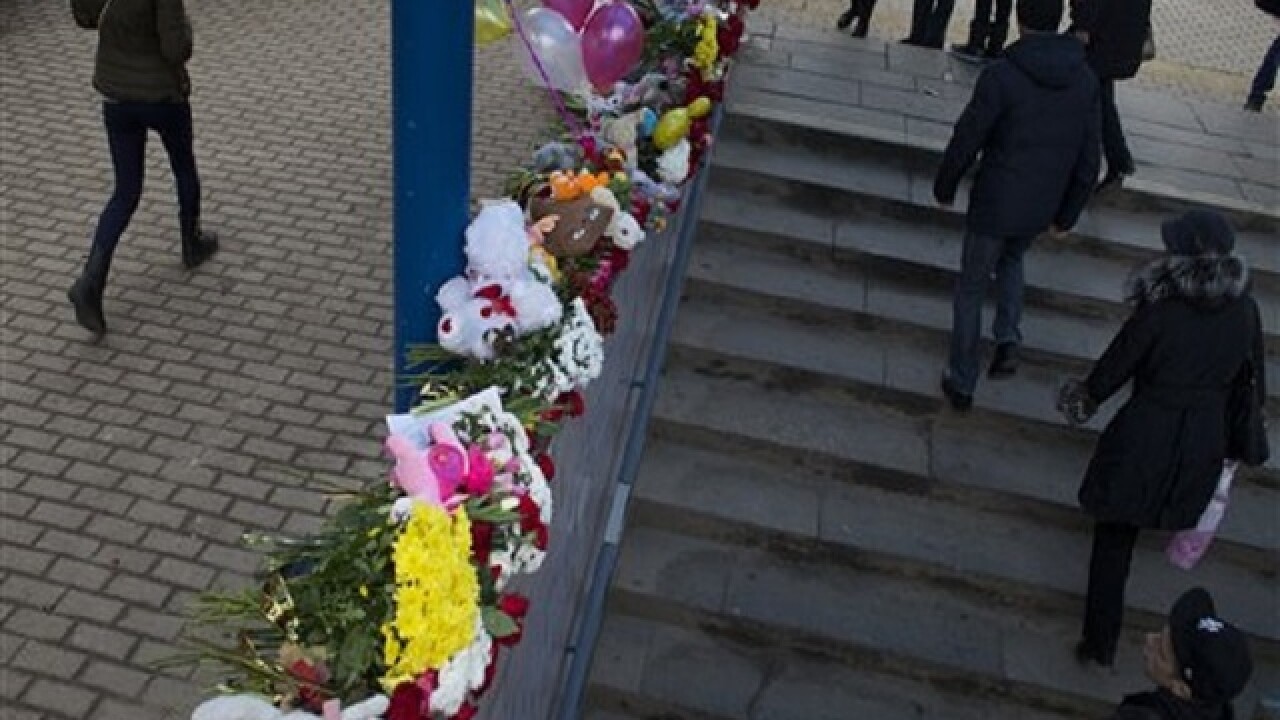 Ivan Sekretarev
<p>Flowers, children's toys and balloons are seen outside a subway station in Moscow, Russia, on Tuesday, March 1, 2016. Russian police on Monday arrested a woman who was seen waving the severed head of a small child outside a Moscow subway station. She is suspected of killing the child when it was in her care. (AP Photo/Ivan Sekretarev)</p>

MOSCOW (AP) — A nanny from Uzbekistan who is accused of killing and decapitating a 4-year-old girl in Moscow was not acting on her own, Russian prosecutors told the court Wednesday.
The 38-year-old woman was spotted outside a Moscow subway station on Monday brandishing the child's head — a horrific scene that was not covered on Russian state television.
Before a Moscow court approved Gulchekhra Bobokulova's arrest for two months, prosecutors told the court they believe there are individuals who "incited" her to carry out the slaying and they are still at large. The suspect is expected to be charged with murder later this week.
Investigators, however, said earlier that the suspect, who is married, appeared to be mentally unstable.
The motive for the slaying is not known. Bobokulova was the child's nanny, and the child's parents are a middle-class couple, seemingly without government connections or influence.
The nanny's religion was not known but she wore a head covering and some witnesses said she shouted "Allahu akbar!" while waving the bloody head. In videos posted on Russian news websites, she was heard shouting "I am a terrorist!" in Russian.
When asked by a reporter outside the courtroom Wednesday why she killed the child, Bobokulova, who did not wear headscarf this time, replied "Allah ordered" as she walked by.
None of the main Russian television channels reported on the grisly scene. Russian President Vladimir Putin's spokesman denied that the news was withheld at the request of the Kremlin or out of concerns that the killing could stoke ethnic tensions in a country with many Muslim citizens and migrant workers.
Associated Press 2016