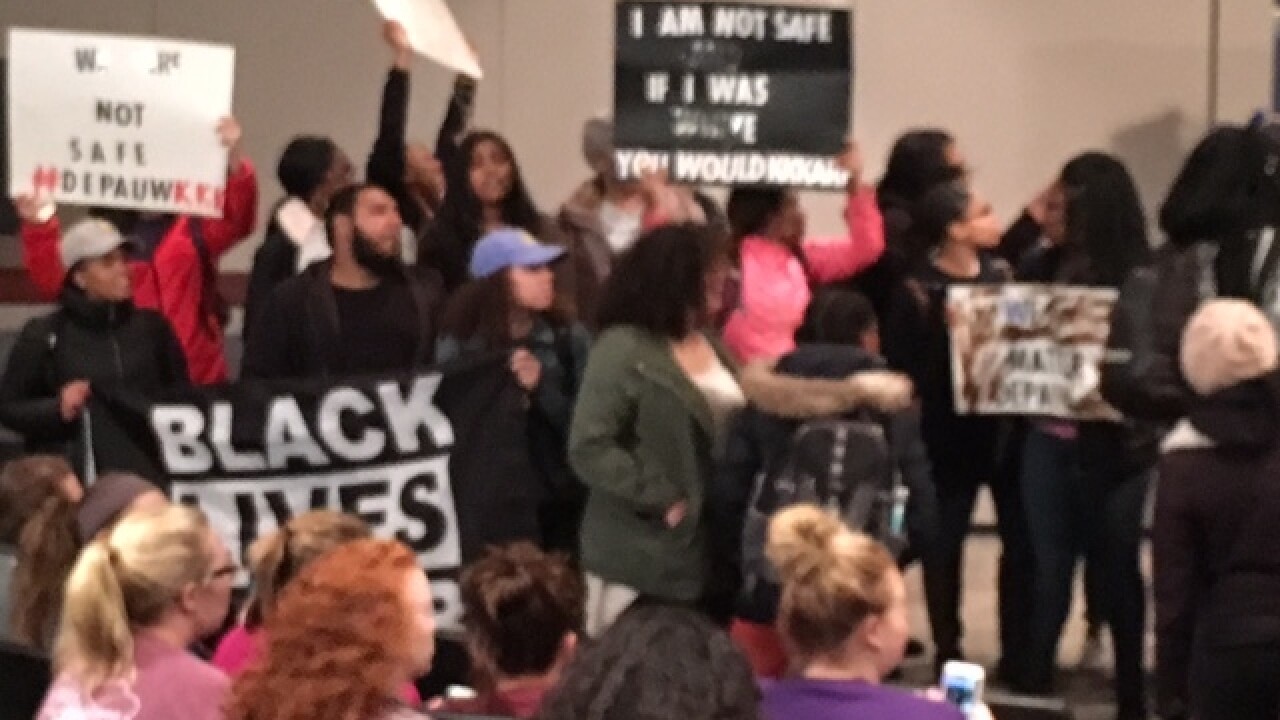 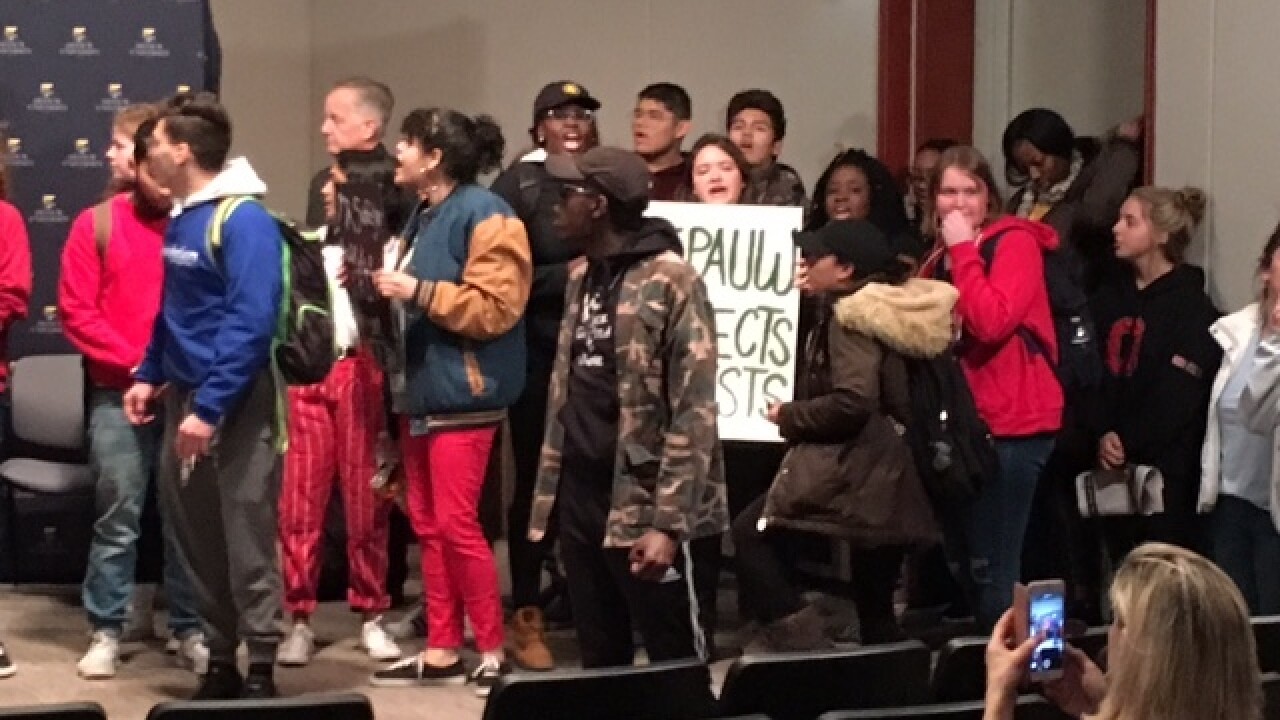 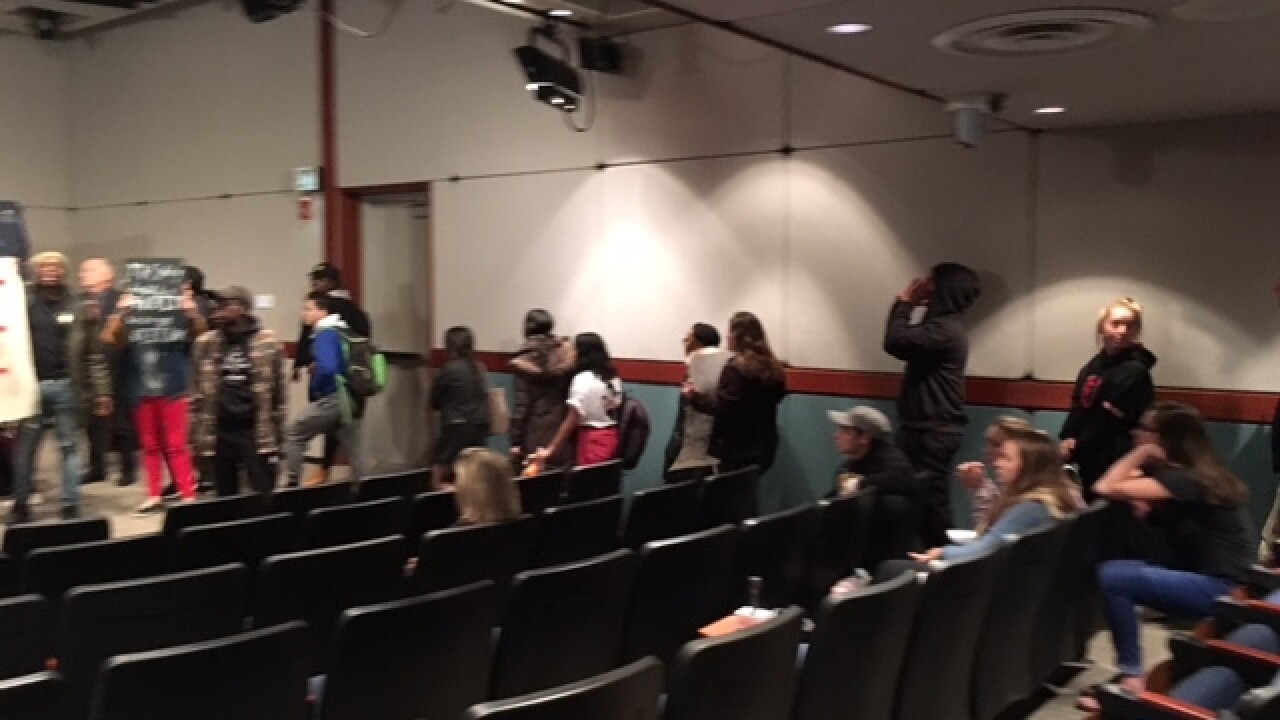 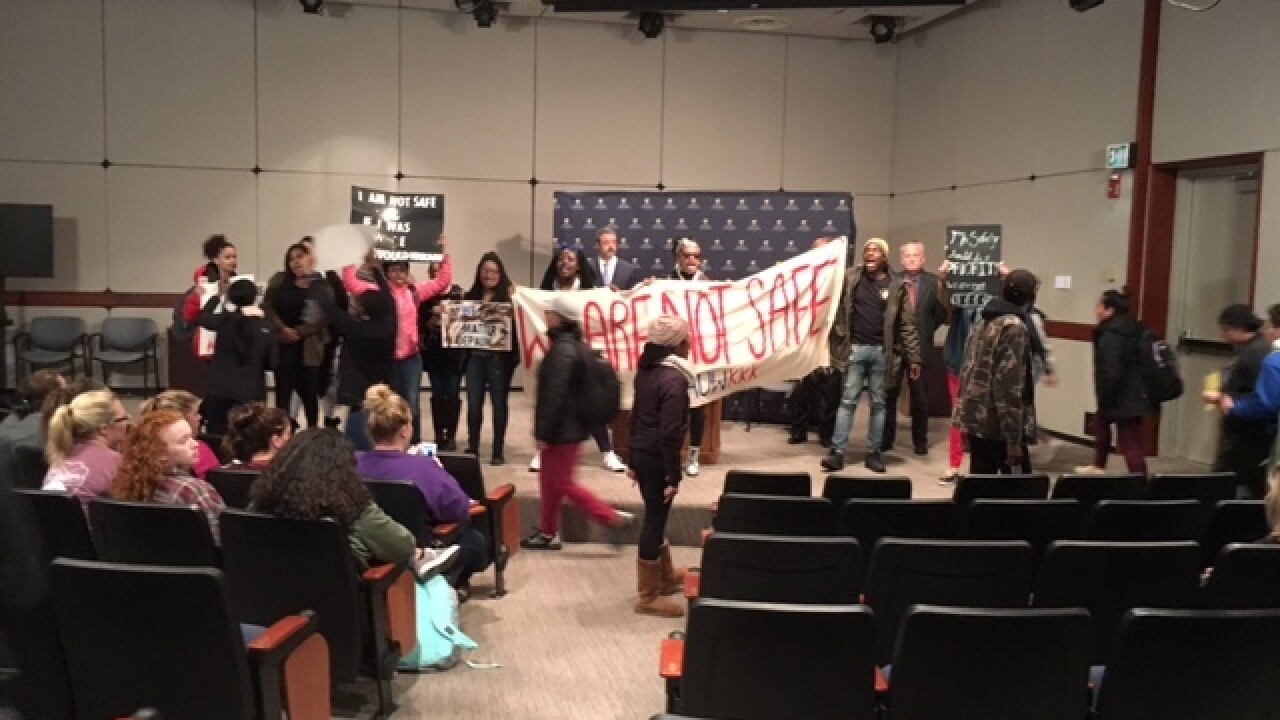 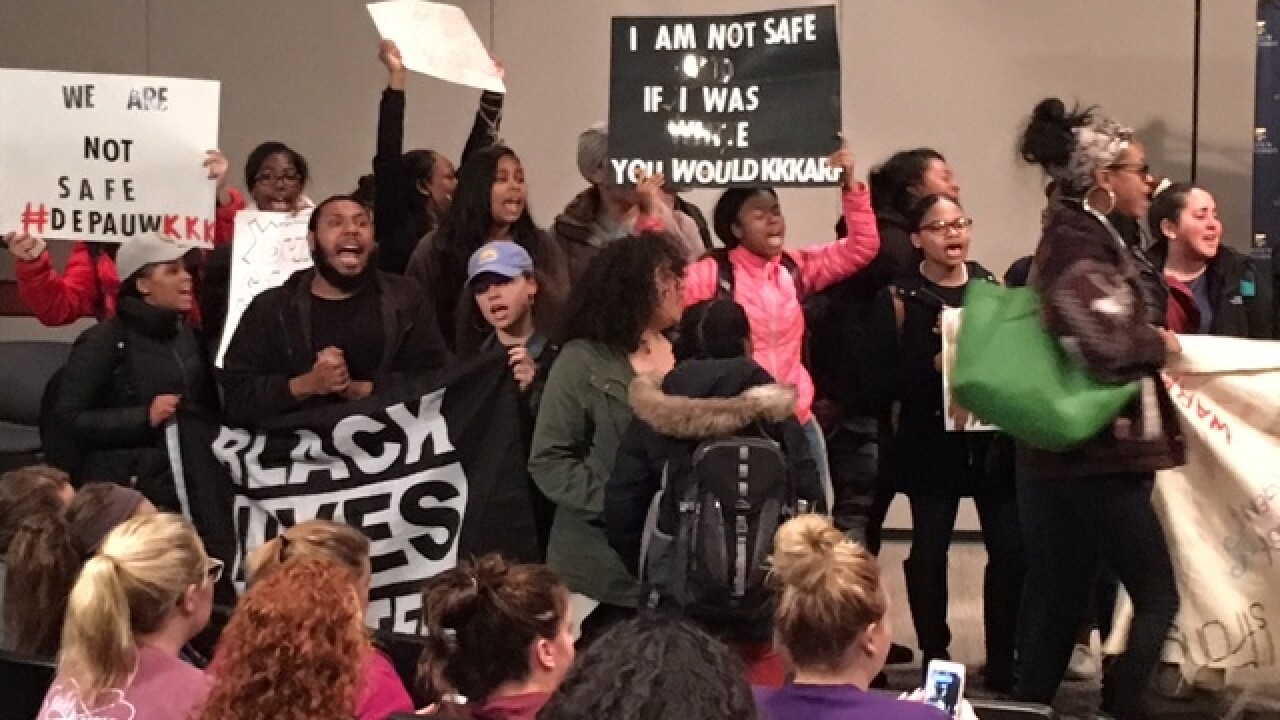 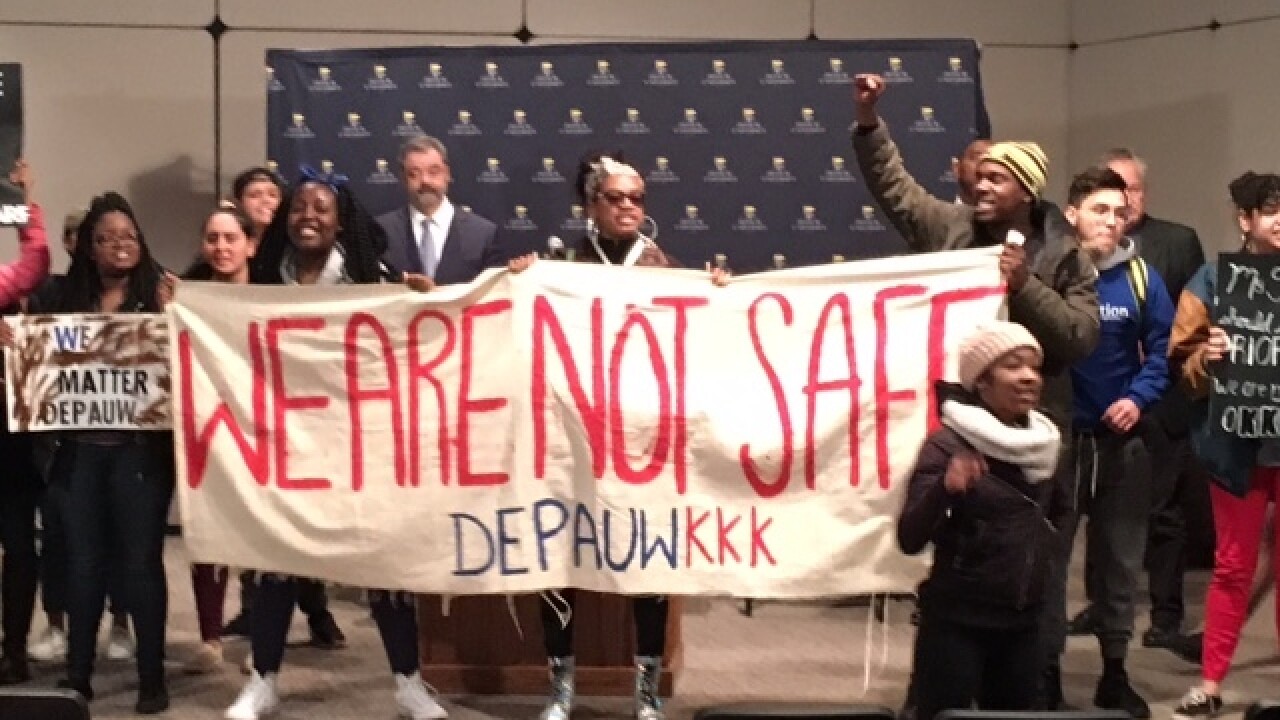 GREENCASTLE, Indiana — Protesters at DePauw University in Indiana interrupted a press conference meant to discuss recent racist writings on and near campus, one day after students demonstrated at an on-campus event led by actress Jenna Fischer.

About 10 minutes into the press conference Wednesday, DePauw President Mark McCoy learned about protesters outside the doors, wanting inside.

McCoy and the other officials allowed the protesters inside, where they chanted, "Meet our demands. We are not safe."

For about 20 more minutes, McCoy and the group discussed the incidents, and what the university is doing to stop future incidents from happening.

"We are all together addressing every issue that has happened on this campus," McCoy said. "We are committed to addressing these issues. DePauw has made so many efforts to address this and has still fallen short."

McCoy eventually became visibly frustrated by the interruptions from the crowd.

Fischer was on DePauw's campus to promote her book, "The Actor's Life: A Survival Guide."

Watch the full press conference, protest and discussion in the video below. Warning: Profanity