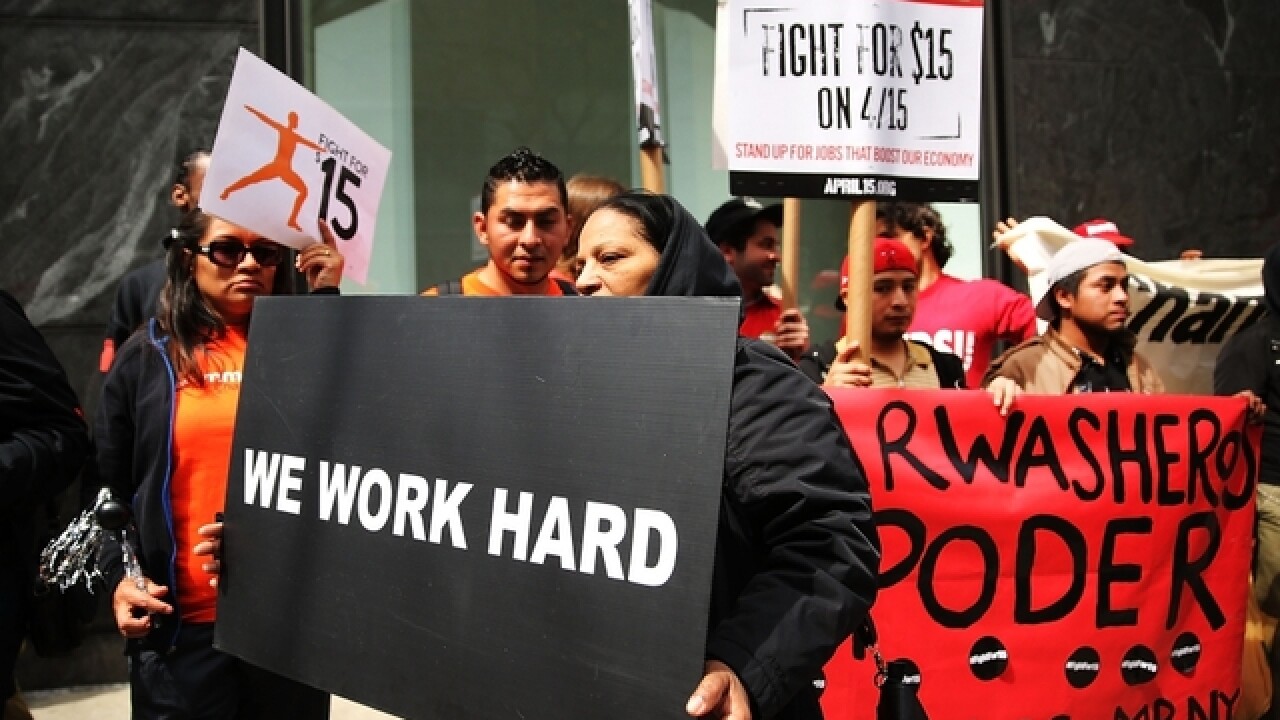 Ahead of tonight’s Democratic debate in Milwaukee, a group of protesters stormed the University of Wisconsin campus where Bernie Sanders and Hillary Clinton were scheduled to face off.
They held signs and chanted right outside the press filing center
Demonstrators were comprised of both Black Lives Matter activists as well as those with Fight for $15 – a movement dedicated to establishing a national minimum wage of $15.
Interestingly enough, Clinton agrees with a $12 minimum wage, while Sanders is the one backing $15.

"I work, I sweat, put $15 on my check,” the activists, many of whom are fast food workers, could be heard chanting at times.
The minimum sits significantly lower, at $7.25. In Wisconsin, according to Fight for $15 organizers, 46% of workers are paid less than $15 per hour.
Associated Press 2016