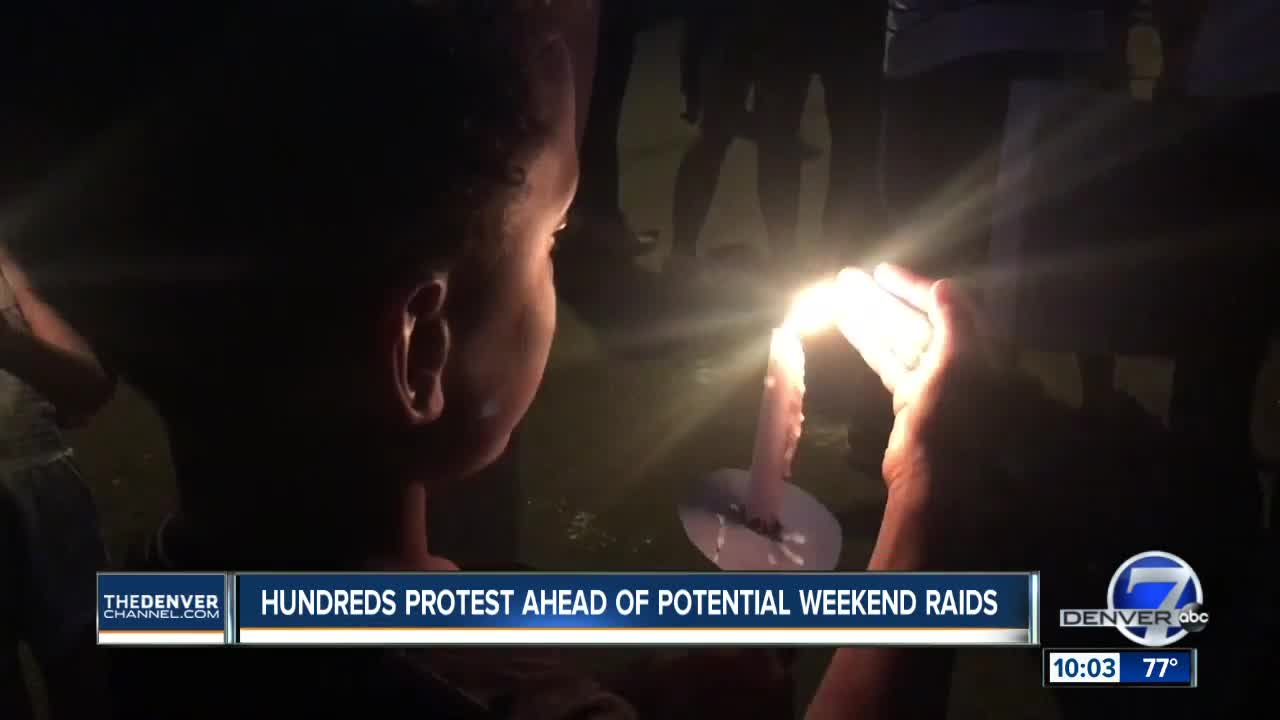 About 2,000 protesters concerned about potential ICE raids this weekend in Denver and the treatment of immigrants at detention camps across the country demonstrated at an Aurora ICE detention facility on Friday. 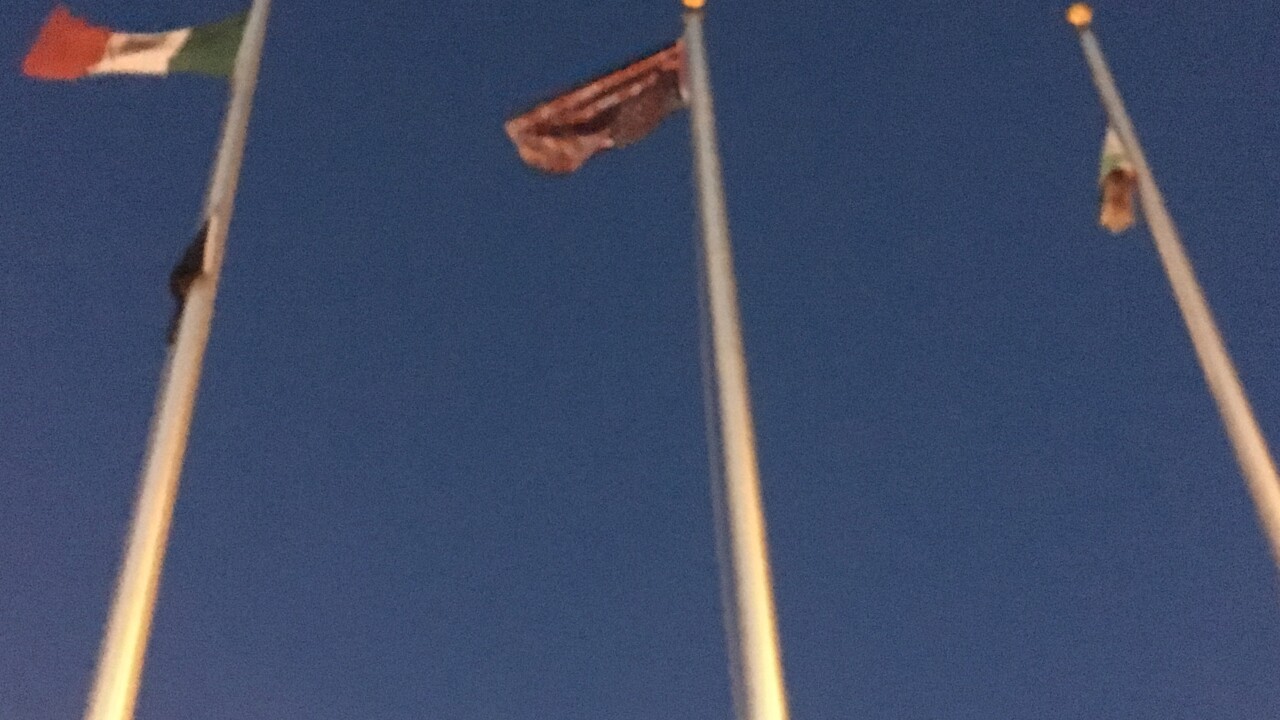 AURORA, Colo. -- About 2,000 protesters concerned about potential ICE raids in nine major U.S. cities including Denver this weekend and the treatment of immigrants at detention camps across the country demonstrated at an Aurora ICE detention facility on Friday.

During the protest, a small group pulled down the American flag and the GEO flag and replaced them with a Mexican flag and a defaced thin blue line flag by hoisting it upside down and spray-painting in red with an anti-police slogan.

There was a rift in the crowd about whether that action was appropriate, with some undocumented protesters leaving out of concern for their safety.

Many protesters hoped that image would not overshadow that of so many speaking out against deportation raids and camps.

Denver teacher Kathleen Frank went to the protest with her son because she couldn’t stop thinking about the children who have died in U.S. custody.

“He is a child like any of those 3 year olds in the concentration camps, so it just breaks my heart and makes me really angry,” she said. “I think it needs to be ended immediately and I feel really helpless in the face of this just unbelievable pain, so this seemed like a small thing I could do.”

Some undocumented residents at the rally said they were concerned about what may happen this weekend if the ICE raids promised by president Trump happen in Denver.

“They don’t know if when they leave for work one day they’ll come back to their family. That’s the reality I‘ve lived with every day,” said Gladis Ibarra, an undocumented resident who works with Colorado’s immigrant community. “This is 28 years of my life, so I know a lot of people are outraged now, and I hope that the outrage continues past today.”

This story was originally published by Jaclyn Allen on KMGH in Denver.