Rule to force women to register for draft erased 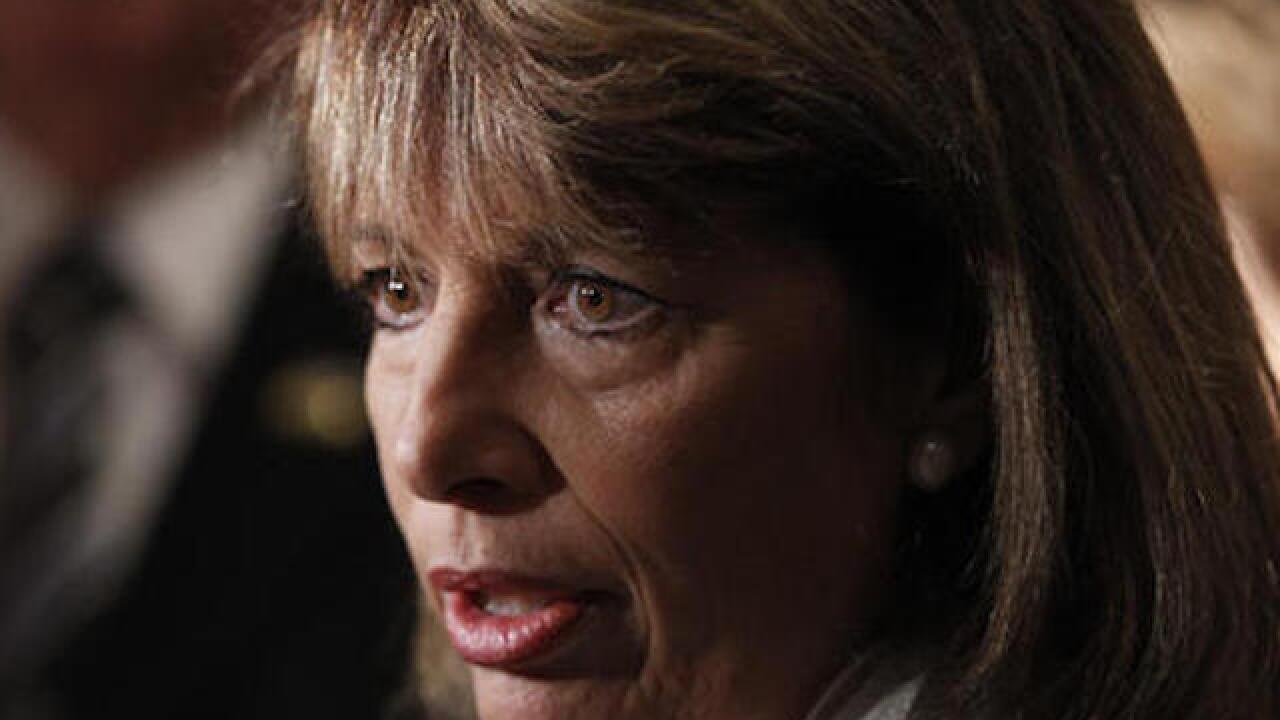 Copyright Associated Press
Charles Dharapak
<p>In this Aug. 30, 2011 file photo, Rep. Jackie Speier, D-Calif., talks to reporters in Washington. A divided Armed Services Committee, in which Speier is a member, backed the provision in a sweeping defense policy bill that the full House will consider next month, touching off a provocative debate about the role of women in the military.(AP Photo/Charles Dharapak, File)</p>

WASHINGTON (AP) — Buckling under conservative pressure, the Republican-led House Rules Committee pulled a legislative sleight of hand and stripped a provision from the annual defense policy bill that would have required women between the ages of 18 and 25 to sign up for a military draft.

The committee's chairman, Rep. Pete Sessions, R-Texas, said in a statement Tuesday the action was taken to prevent what he called a "reckless policy" from moving forward without closer study of its impact.

"I have the utmost respect and deepest appreciation for the young women who bravely volunteer to serve our country, but I am adamantly opposed to coercing America's daughters to sign up for the Selective Service at 18 years of age," Sessions said.

The Rules Committee wields substantial influence over legislation before it moves to the House floor. The full House planned to start work on the bill on Tuesday. A Senate bill does include a version of the provision, so the congressional debate over whether women should register isn't over.

Rep. Steny Hoyer of Maryland, the No. 2 Democrat in the House, criticized the committee move, casting it as an attempt by Republicans to avoid subjecting "their members to a vote on equality for women, and they ought to."

Conservatives have warned that requiring women to sign up for a military draft is a dangerous blurring of gender lines.

Rep. Mac Thornberry, R-Texas, chairman of the House Armed Services Committee, said a broader discussion of whether the nation even needs the Selective Service at a time of the all-volunteer force might be necessary.

"The question is, do we need Selective Service?" Thornberry said. "We want to make decisions with the facts on hand."

Military leaders maintain the all-volunteer force is working and do not want a return to conscription. The U.S. has not had a military draft since 1973, in the waning years of the Vietnam War era. Still, all men between the ages of 18 and 25 are required by law to register.

The Selective Service is an independent federal agency.

The House Armed Services Committee last month voted 32-30 to require women to register. Six Republicans voted in favor of adding the provision to the defense policy bill that authorizes military spending for the fiscal year that begins Oct. 1.

The move was triggered by the Pentagon's decision late last year to open all front-line combat jobs to women. After gender restrictions to military service were erased, the top uniformed officers in each of the military branches expressed support during congressional testimony for including women in a potential draft.

"The chiefs are entitled to their opinion and I am too," Sessions said.

Rep. Adam Smith of Washington, the Armed Services Committee's top Democrat, decried the Rules Committee's decision to reverse the vote, calling it "a dead-of-night attempt to take an important issue off the table."

Rep. Mike Coffman, R-Colo., a member of the Armed Services Committee, also disagreed with the move. He said he and most other lawmakers didn't find out about what the Rules Committee had done until Tuesday morning.

Coffman has advocated disbanding the Selective Service, which he said would save taxpayers $23 million a year.

"We have a choice to make: Either we continue with Selective Service and have women be a part of it or we abolish it altogether. I'm for abolishing it altogether," Coffman said.

The Senate Armed Services Committee voted last week to include a draft registration requirement for women in its version of the annual defense policy bill. That measure calls for women to sign up with the Selective Service within 30 days of turning 18 — just as men are — beginning in January 2018, according to a summary of the legislation released by the committee.

If the draft requirement makes it through the full Senate, then the issue will have to be settled by a House-Senate conference committee.