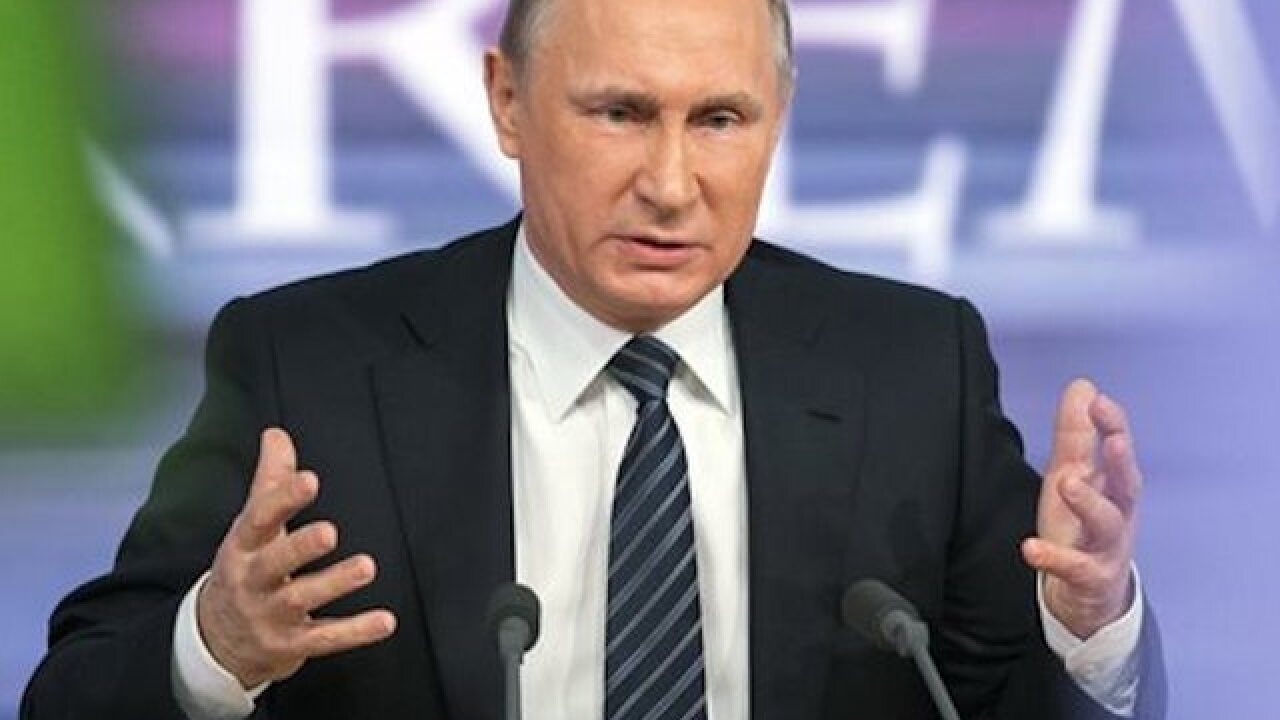 MOSCOW (AP) — Russia is ready to improve ties with the United States and work with whomever is elected its next president, President Vladimir Putin said Thursday. He said his talks with U.S. Secretary John Kerry earlier this week showed that Washington is ready to "move toward settling the issues that can only be settled through joint efforts."

Addressing Russia's strained relations with some of its neighbors at his annual news conference, attended by hundreds of Russian and foreign journalists, Putin said he saw no possibility of overcoming the tensions with Turkey under its current leadership, and wanted to see the conflict in Ukraine settled as soon as possible.

The Russian military operation in Syria will continue until a political process starts, but it is up to the Syrians to decide when to stop fighting and sit down for talks, Putin added.

"We aren't going to be more Syrian than the Syrians themselves," he said during his annual televised news conference with hundreds of Russian and foreign journalists.

He also offered assurances that the Russian economy was showing signs of stabilization despite plummeting oil prices, in fielding an array of questions from journalists representing state-owned media organizations about whether the government was coping with the challenges and whether the country could afford waging a war.

Russian warplanes have flown thousands of combat sorties in Syria since Moscow began its air campaign on Sept. 30. Putin said it will continue until work begins on a political settlement.

The president said he was unsure whether Russia needs a permanent military base in Syria, given that new Russian weapons, such as sea- and air-launched cruise missiles, give Moscow enough punch to strike an enemy.

Putin said Moscow supports the U.S. draft of a U.N. Security Council resolution on Syria. He said Russia and the U.S. agree on the need to ensure the drafting of a new constitution for Syria and create mechanisms of control over future elections, in which Syrians themselves will determine their leadership.

Some of his harshest words were reserved for Turkey. After a Turkish fighter jet shot down a Russian bomber along the Syrian border on Nov. 24, Putin said he was stunned when Ankara, instead of contacting Moscow to explain its actions, turned immediately to NATO.

With Ukraine, however, Putin said Russia was interested in seeing the conflict settled as quickly as possible. He urged the Ukrainian government to approve legislation on holding elections in the eastern regions, where Russia-backed separatists have been fighting government troops since April 2014. More than 9,000 people have been killed.