Rapper feuds with astrophysicist, gets schooled 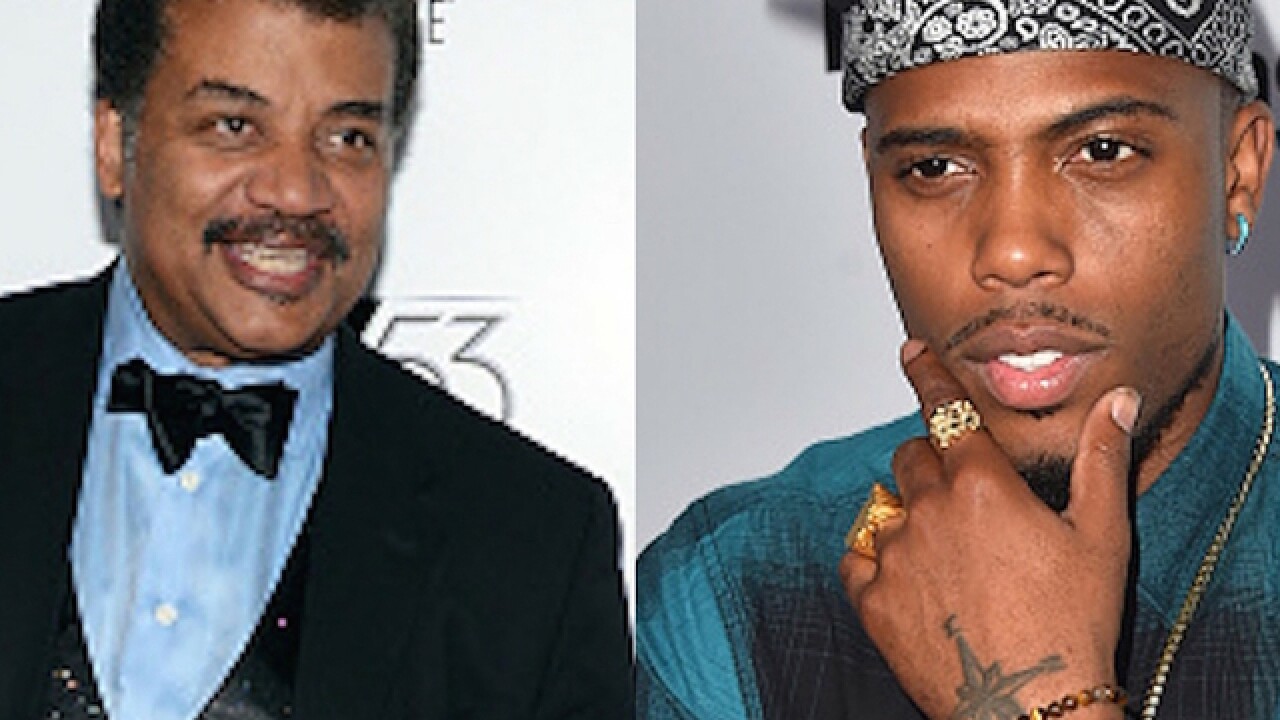 Rivalries in rap are all too common, from Biggie and 2Pac all the way up to Drake and Meek Mill. But it’s not often that a rapper takes on an astrophysicist.

After a bizarre weekend Twitter rant in which he claimed the Earth is flat, Grammy-nominated rapper B.o.B. doubled down on his theory and took aim at Neil deGrasse Tyson at a new song released on Monday.

The rapper's rant began on his Twitter account ( which he claims has been censored in the past ) on Friday. That’s when he tweeted a meme that called for the shutdown of “Human Cloning Centers.”

since I'm lying... prove it ... pic.twitter.com/KoJmqSpXnX

no matter how much over-whelming evidence is presented to humans... they won't believe it until it comes on the cooperate driven news

His tweets then shifted toward space and NASA, which he called “Edge of the World Gatekeepers.” He also accused the agency of doctoring photos of the Earth taken from space.

NASA forgot to put stars in all the photos of earth???

By Sunday, B.o.B.’s timeline was full of memes that supposedly proved the existence of a flat Earth.

By Monday, the media had taken notice of the rapper’s rant, which produced  a number   of think pieces disproving his theories. But that didn’t stop him from releasing a new song, “Flatline,” in which he takes shots at noted astrophysicist Neil deGrasse Tyson.

In one line, B.o.B. implies that he believes Tyson is being paid by the government to misinform the public.

Aye, Neil Tyson need to loosen up his vest
They'll probably write that man one hell of a check

Tyson — who has never been afraid to call out scientific inaccuracies in the entertainment industry in the past — countered B.o.B.’s claims with some scientific facts.

@bobatl Earth's curve indeed blocks 150 (not 170) ft of Manhattan. But most buildings in midtown are waaay taller than that.

@bobatl Polaris is gone by 1.5 deg S. Latitude. You’ve never been south of Earth’s Equator, or if so, you've never looked up.

@bobatl Flat Earth is a problem only when people in charge think that way. No law stops you from regressively basking in it.

He even found a rapper — his nephew — to counter B.o.B.’s diss track with one of his own.

B.o.B.'s song may be better, but you can still chalk this one up as a win for science.