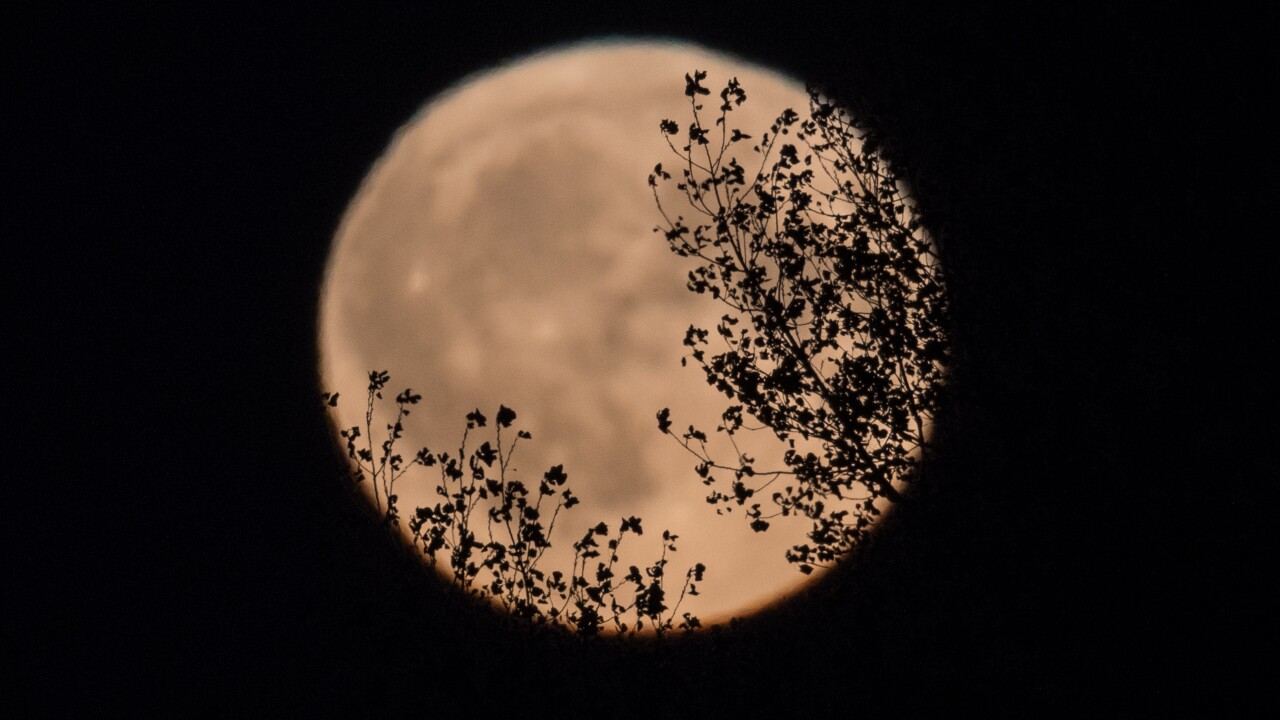 Matt Cardy/Getty Images
BURROWBRIDGE, ENGLAND - OCTOBER 05: The full Harvest moon rises over the ruins of St Michael's Church, a scheduled monument on the top of Burrow Mump on October 5, 2017 in Somerset, England. Normally the Harvest moon, the name given to the first full moon rising closest to the autumnal equinox, usually occurs before the equinox in September. However this year, the Harvest moon, which is said to symbolised when farmers would need to start gathering in the food to prepare for the lean winter months, is happening in October. (Photo by Matt Cardy/Getty Images)

INDIANAPOLIS — It isn't quite Halloween, but a rare Harvest Moon this Friday the 13th will have you ready to get the season started.

For those not familiar with the lunar experience, the Harvest Moon is the full moon that occurs closest to the autumnal equinox.

This year's Harvest Moon will fall on Friday the 13th and, fingers crossed, other than a few scattered showers that evening the weather should make it an enjoyable night to watch the sky.

September is also full of other celestial surprises this year.

"On the evening of the full Moon on September 14, 2019, as evening twilight ends, the brightest planet in the sky will be Jupiter, appearing in the south-southwest at about 24 degrees above the horizon," NASA's September Blog says.

It continues the following morning. "As the morning twilight begins, the bright stars of the local arm of our home galaxy, including the constellation Orion, will appear spread acros the sky from southeast to northwest," NASA said.

This means the "Summer Triangle" has set and the stars in the sky will appear to shift west throughout the month.

September 28 will be the new Moon, when the moon passes between the Earth and Sun and will not be visible from Earth, according to NASA.