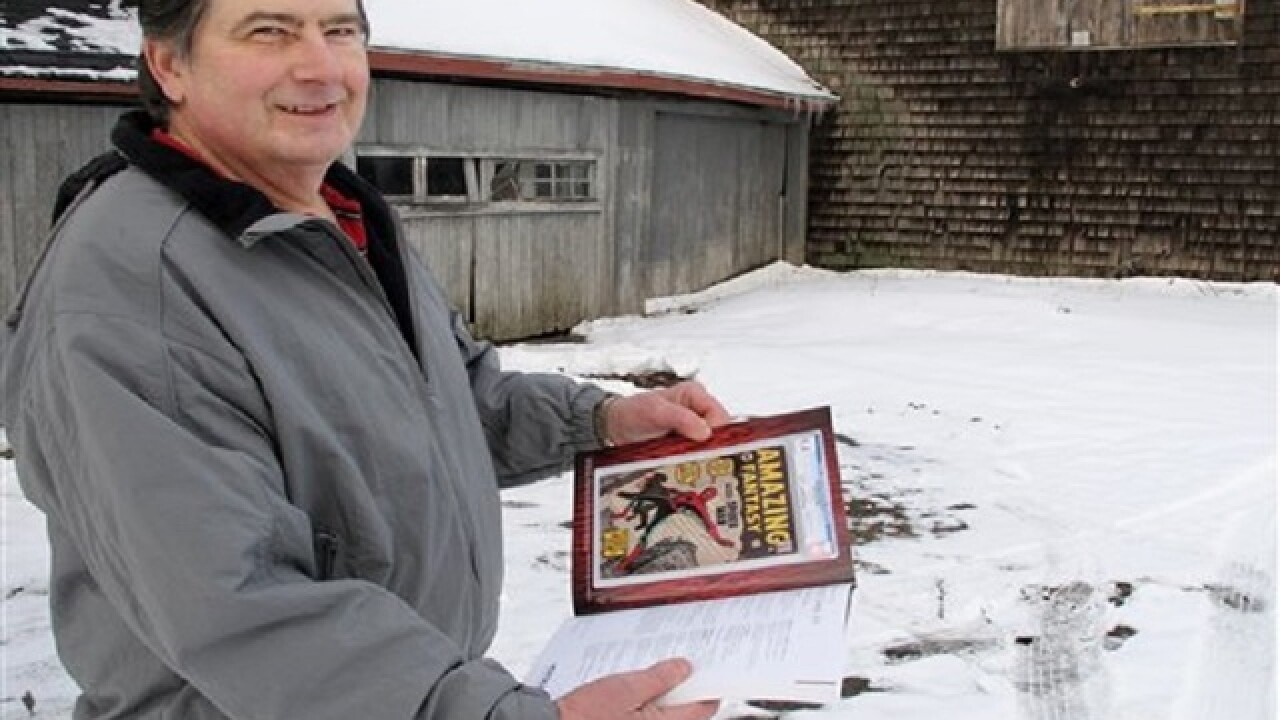 MINEOLA, N.Y. (AP) — A Dallas-based auction house says a rare copy of a comic book featuring the first appearance of Spider-Man has sold for $454,100.
The comic book was purchased by an anonymous collector, and Heritage Auctions says Thursday's sale is a record for a public auction price for any Spider-Man comic book.
The 1962 edition of "Amazing Fantasy" No. 15 was graded as near-mint, with a score of 9.4 on a scale of 1-to-10.
Walter Yakoboski, of Long Island, New York, had bought the comic book in 1980 for $1,200. He told The Associated Press last week that he bought several rare comics as a young man as an investment.
In 2011, a private collector reportedly paid $1.1 million for a near-mint copy of "Amazing Fantasy" No. 15.
Associated Press 2016