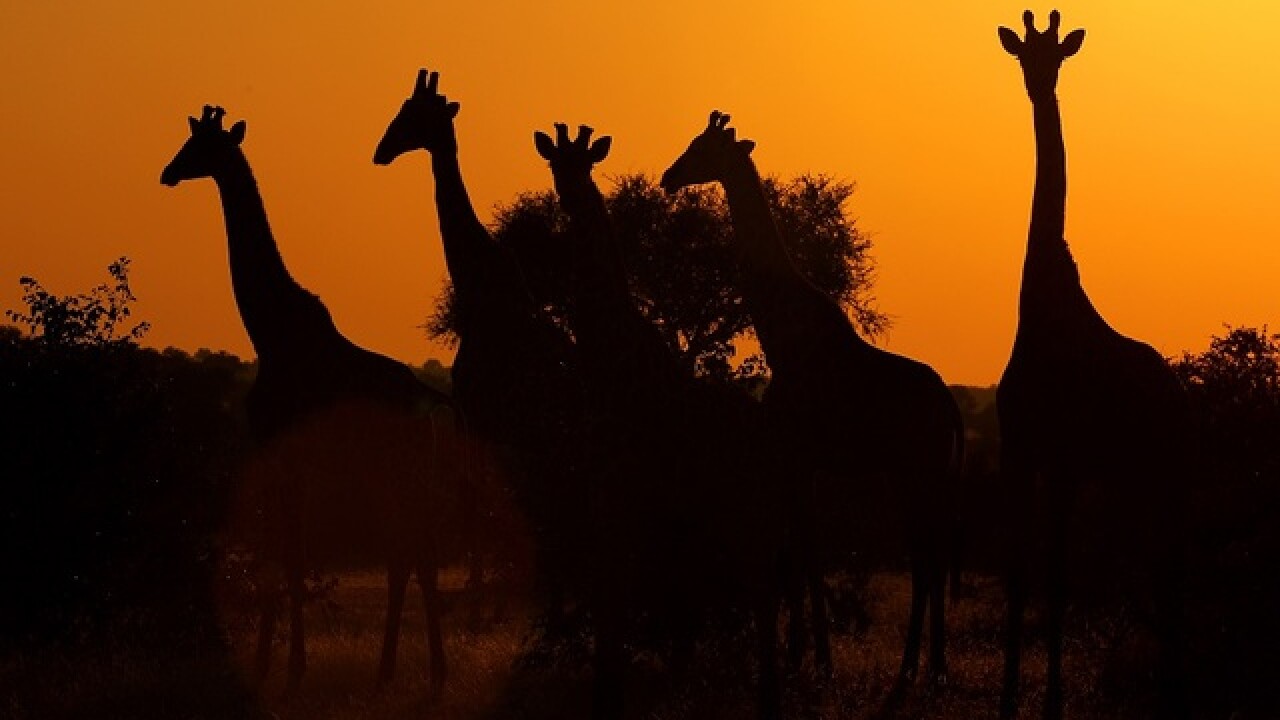 Cameron Spencer
<p>MASHATU, BOTSWANA - JULY 27: A tower of giraffes at sunrise in the Mashatu game reserve on July 27, 2010 in Mapungubwe, Botswana. Mashatu is a 46,000 hectare reserve located in Eastern Botswana where the Shashe river and Limpopo river meet. (Photo by Cameron Spencer/Getty Images)</p>

Don’t let her strange, white color fool you – the white giraffe below is not albino.

But she is beautiful, nonetheless.

The rare white giraffe – named Omo, after a popular brand of detergent in the area – was first spotted last year in Tanzania's Tarangire National Park. But it was recently seen and photographed again.

According to CBS News, experts say that Omo gets her unusual coloration simply because her body’s surface cells are not capable of making pigment, meaning she is leucistic, rather than albino.
Derek Lee, principal scientist at Wild Nature Institute (WNI), told CBS News that Omo is only the second record of a white giraffe in Tarangire over the past 20 years.
RTV6