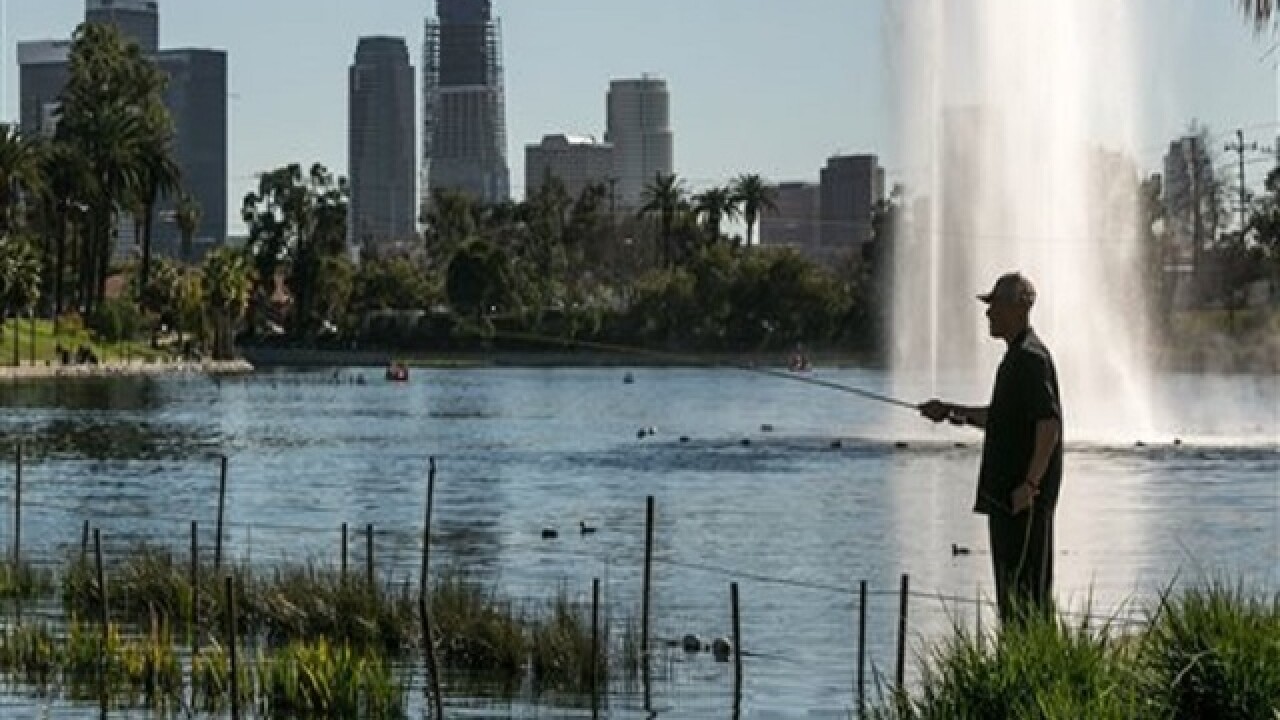 LOS ANGELES (AP) — A midwinter heat wave baked Southern California again Tuesday, breaking more February records as temperatures soared into the 80s and 90s even as the Santa Ana winds that stoked the atmosphere began to fade.
Records for the date fell by midday as temperatures climbed into the upper 80s, and by afternoon there were numerous readings in the 90s throughout the region.
Downtown Los Angeles topped out at 89 degrees, beating the old Feb. 9 record by 4 degrees. The high was 21 degrees above normal for the date, the National Weather Service said.
Other records were set or tied in Long Beach, where it reached 92 degrees, Santa Barbara, Camarillo and at Los Angeles International Airport.
Unseasonable warmth began building over the weekend as high pressure set into the Great Basin, sending air flowing toward Southern California. The gusty, dry Santa Ana winds form as air descends through mountain passes and canyons, warming through compression and pushing out to sea.
Red flag warnings for wildfire danger that were posted on Monday were not reissued Tuesday as the winds subsided.
Forecasters said strong high pressure will continue through the week and afternoon temperatures will stay above normal. Mountains and some inland valleys were expected to see a bit of relief Wednesday, but not coastal areas.
Cloudiness will lower Saturday temperatures five to 10 degrees, but the high pressure ridge will quickly reform and make next week almost as warm, forecasters said.
While Northern California has received a steady series of winter storms that have built a substantial snowpack in the Sierra Nevada, Southern California has yet to see the kind of extended rains sometimes produced by the El Nino warming phenomenon in the Pacific Ocean.
Downtown Los Angeles has recorded only about half the 8.28 inches of rain normally received seasonally to date.
Associated Press 2016