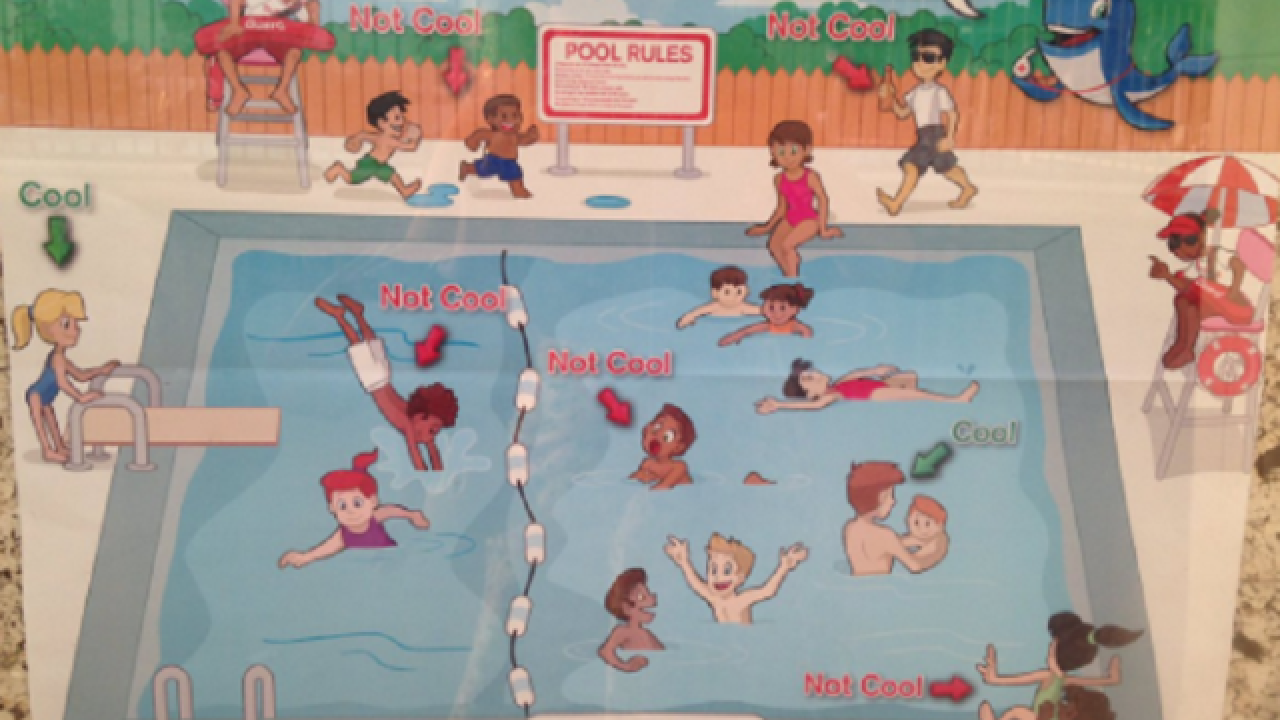 Following social media uproar, American Red Cross has apologized for a swimming safety poster that was spotted near at least two Colorado pools.
Many have deemed the image on the posters as “racist,” a controversy that quickly gained traction on Twitter.
The image in question depicts mainly minority children engaging in activities it deems “not cool.”
It points out five instances in which children are doing things like diving, running around the edge of the pool or pushing others into the water. Four of the “not cool” children appear to be black or Hispanic (see the image below).

Hey, @RedCross , send a new pool poster to @SalidaRec bc the current one they have w your name on it is super racist pic.twitter.com/TY8MmFB3Qk

Following a post by Twitter user John Sawyer, American Red Cross responded, “Thank you for bringing this to our attention. We’re removing this from our site immediately & are creating new materials.”

@JSawyer330 Thank you for bringing this to our attention. We’re removing this from our site immediately & are creating new materials.

“We deeply apologize for any misunderstanding, as it was absolutely not our intent to offend anyone,” the Red Cross said in a statement, according to Time . “As one of the nation’s oldest and largest humanitarian organizations, we are committed to diversity and inclusion in all that we do, every day.”
The nonprofit humanitarian group added, “We are currently in the process of completing a formal agreement with a diversity advocacy organization for their guidance moving forward.”
It wasn’t immediately clear how many of the posters had been placed nationwide.
Copyright 2016 Scripps Media, Inc. All rights reserved. This material may not be published, broadcast, rewritten, or redistributed.