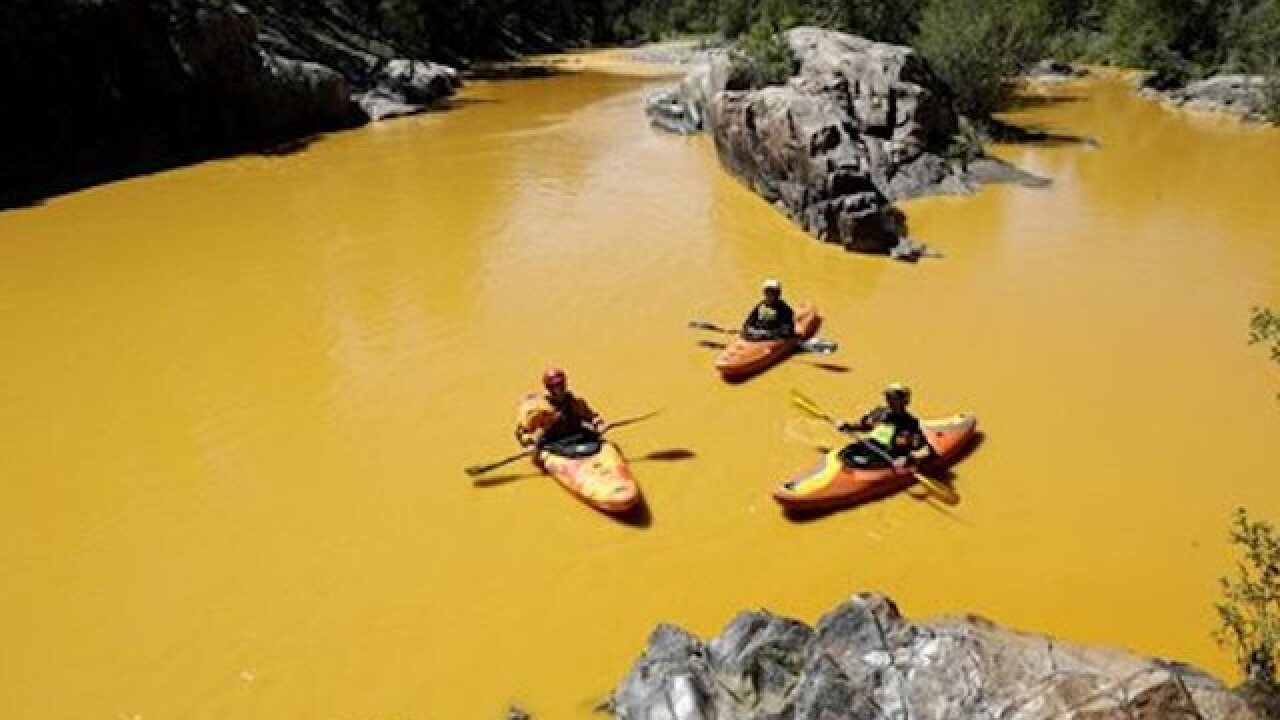 Jerry McBride/The Durango Herald via AP
Jerry McBride
<p>FILE - In this Aug. 6, 2015 file photo, people kayak in the Animas River near Durango, Colo., in water colored from a mine waste spill. New Mexico officials said Thursday, Jan. 14, 2016 that they plan to sue the federal government and the owners of two Colorado mines that were the source of a massive spill last year that contaminated rivers in three Western states. An EPA cleanup crew accidentally triggered the spill in August at the inactive Gold King mine near Silverton, Colo.(Jerry McBride/The Durango Herald via AP, File) </p>

DENVER (AP) — A U.S. House probe of a mine waste accident in Colorado that fouled rivers in three Western states has found further evidence that government workers knew a spill from the gold mine was possible.

A U.S. Environmental Protection agency official in charge of the site at the time of the August accident said in an email that he "personally knew" the plugged, inactive mine could contain large volumes of water.

The email from Hays Griswold was provided to The Associated Press by the House Natural Resources Committee.

An EPA cleanup crew triggered the spill during excavation work at the mine's entrance, unleashing a 3-million-gallon deluge that contaminated rivers in Colorado, New Mexico and Utah.

An Interior Department investigation pinned responsibility on the EPA for not checking to see if the mine held pressurized water.