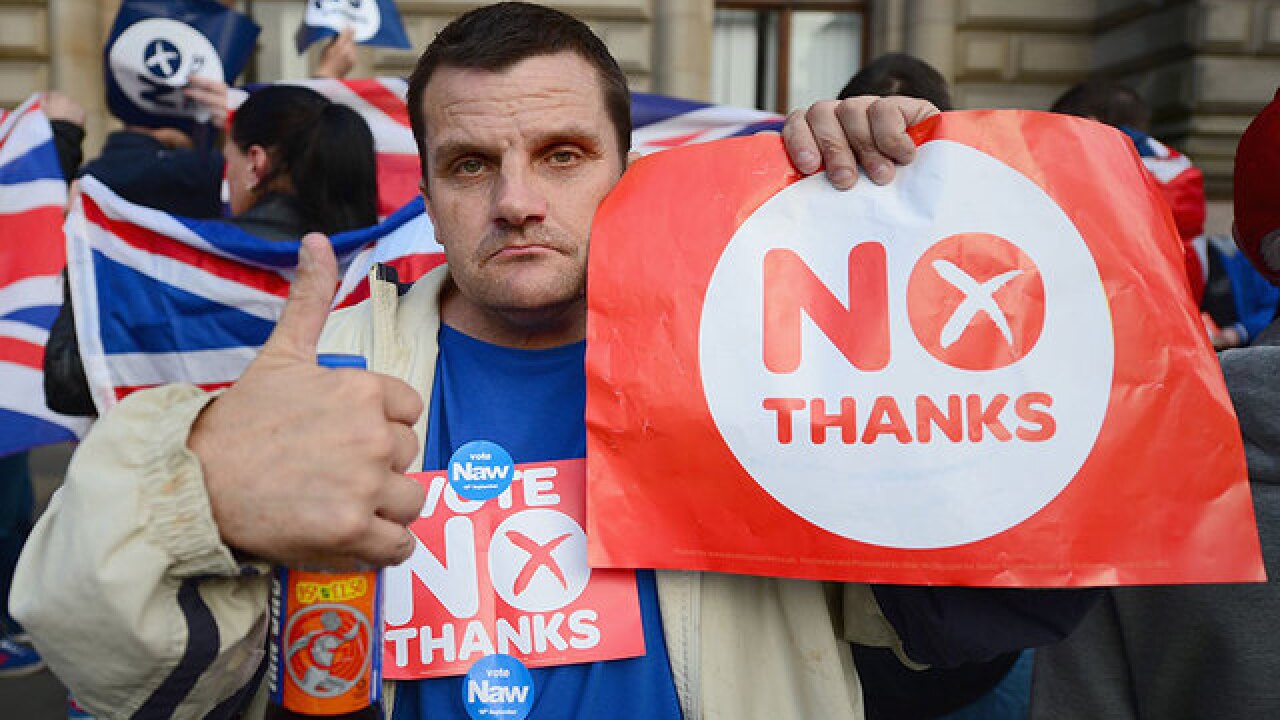 Photo by Jeff J Mitchell/Getty Images
<p>Unionist supporters gather near Glawglow, Scotland’s George Square where “ es" activists had been holding a pre referendum event on Sept. 17, 2014.The referendum debate has entered its final day of campaigning as the Scottish people prepare to go to the polls Thursday to decide whether Scotland should break away from the United Kingdom. (Photo by Jeff J Mitchell/Getty Images)</p>

The Scottish National Party announced Friday it may consider a second referendum vote on independence following Britain's vote to exit the European Union.

Nicola Sturgeon, leader of the Scottish National Party, made a statement assuring Scottish voters she intends to work to have their voices heard and remain in the EU, despite the overall outcome of the vote.

Nicola Sturgeon says she will "take all possible steps" to keep Scotland in the EU. https://t.co/CV3ONUcWG9 #Brexit pic.twitter.com/qvsGN1qXur

In 2014, Scotland held a referendum vote to decide whether to stay within the United Kingdom or to leave the union after 307 years together. Unionists won with a 55 percent majority over the 45 percent of people voting to separate.

Sturgeon said she intends to talk with EU leaders to reassure them of Scotland's desire to remain in the 27-nation union and declared it is "democratically unacceptable" for the country to be removed from it against its will.