Restaurant burglar crashes through ceiling, falling into a kitchen 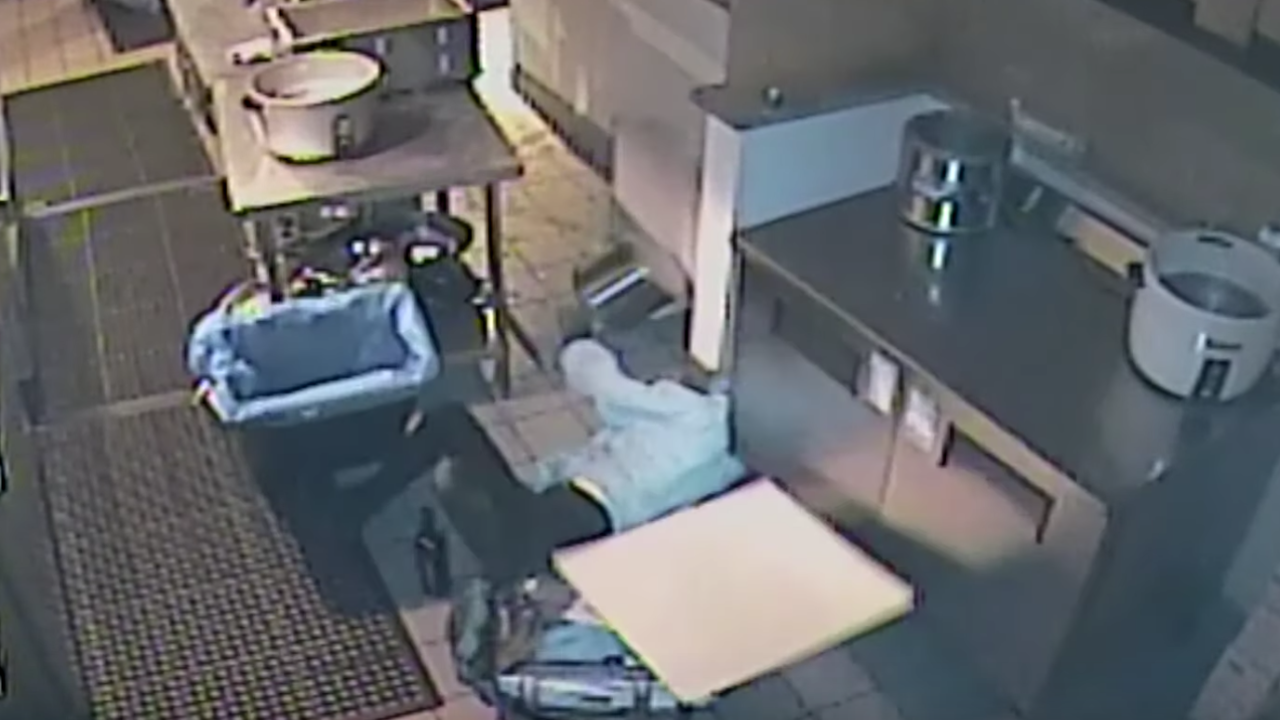 That had to hurt.

Security cam footage captured a burglar crashing through the ceiling of a Venutra County, California, restaurant on Oct. 31. The woman is seen hitting her head on metal kitchen equipment.

She was slow to get up, but eventually continued with the burglary, along with a male accomplice.

The video was released by the county's sheriff's office earlier this week in hopes of finding the pair of burglars.

The woman who crashed through the ceiling is described as a white or Hispanic female, approximately 5-feet-6 to 5-feet-8 in height, 110-130 pounds, 18-25 years old, with bleached blonde colored hair and dark colored roots.

A male suspect also seen in the video is described as a white male, approximately 5-feet-8 to 6-feet in height, 160-190 pounds, 20-25 years old with short brown or dark colored hair.

The sheriff's office said several hundred dollars and numerous bottles of wine were stolen from the business.