GOP star in WV fight for coal against EPA 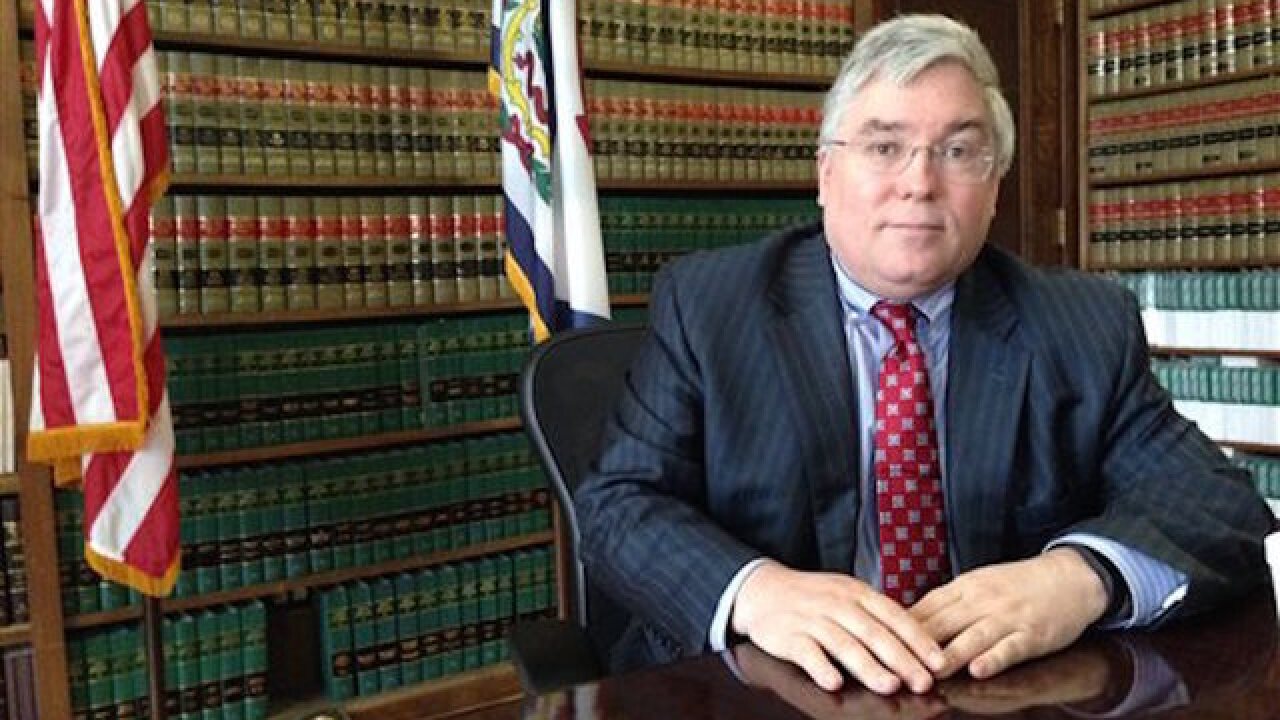 CHARLESTON, W.Va. (AP) — Patrick Morrisey, the West Virginia attorney general taking on President Obama's clean power plan, is no stranger to the hot seat: He parlayed a love of tennis as a young adult into becoming a line judge at the U.S. Open and other tournaments, regularly standing up to second-guessing by irate players and fans.

Fast forward to 2016. The 48-year-old transplanted New Jersey native is challenging the Obama administration's calls, joined by several mostly Republican states in suing to try to overturn federal greenhouse gas rules. He says taking the heat on the courts taught him to stay cool in court years later.

"You learn how to handle pressure when you have a crowd of people screaming at you for one of your calls," Morrisey told The Associated Press. " ... Of course, I'd not like to repeat being booed out of the stadium. But that could be good practice for politics."

That plan against climate change focuses particularly on cutting pollutants from coal-fired power plants. Welcomed by many, it's blasted by critics as a possible knockout blow to the coal industry.

In West Virginia, seven coal-fired power plants have shut in recent years, and more than 1,000 miners have lost work since December alone.

"I'm very fortunate to have this job at this time so I could fight for coal miners and make West Virginia a better place to live," Morrisey said.

Texas Attorney General Ken Paxton, co-chair of the attorney generals' group, said Morrisey's a fighter: "He quickly recognized what an impact it would have on West Virginia. I think that's why he grabbed the leadership mantle."

More than a dozen other states support Obama's plan, while environmentalists criticize Morrisey as hindering moves toward cleaner energy sources.

"We believe that the attorney general's blind allegiance to coal is a disservice to future generations," said Jim Kotcon of West Virginia's Sierra Club chapter. "The clean power plan is necessary to address climate change. We think the EPA is on sound legal ground."

Democratic California Gov. Jerry Brown wrote Morrisey and Paxton that their arguments were "legally flimsy" and "at worst, you're sending a dangerous message to the world: on climate change, do nothing."

Of detractors, Morrisey said: "People aren't always going to be happy with every decision that you make. But if you make the right decision and you stick to it, good things will usually happen."

It's a fight Morrisey didn't foresee upon moving to Harpers Ferry in 2006 from a private Washington, D.C., law practice. Yet the longer he lived in West Virginia, "the more I realized the state was being held back by policies that were not in the people's interest."

Frustrated by a five-term attorney general reluctant to oppose Obama's policies, Morrisey ran in 2012 and won. His campaign aligned with state Democrats accusing Obama of waging "war on coal."

The U.S. Chamber of Commerce acknowledged involvement in Morrisey's race. President and CEO Thomas J. Donahue said the Chamber's Institute for Legal Reform, which doesn't have to disclose its donors, conducted "voter education efforts" in several states that year. Board members include executives at several big corporations, including energy companies.

In 2013, after Obama targeted carbon dioxide at power plants, Morrisey filed a Supreme Court brief, joined by other states.

In 2014, Morrisey wrote "Why I Sued The President," a "National Review" article on Obama's dare to Republicans to try to block his initiatives. "I accepted the president's invitation," Morrisey wrote. "A president is not a king."

Morrisey also sued over federal moves to shift legal responsibility to the states for canceled health plans and took on pharmaceutical makers while seeking stronger prescription drug regulations in a state rife with fatal overdoses.

"Our intent is always to win cases," Morrisey told The AP. "We only file lawsuits and briefs when we believe we are correct on the merits. We have tried to gum up the works on a number of cases because of what the administration has been doing in terms of its abuse of executive authority ... "

Regarding his own views on climate change, Morrisey said he focuses strictly on opposing regulations capable of a "great deal of harm."

Sure, he wants clean air and water. But his emphasis "will remain solely on the law. To move off of that and start to talk about the policy ideas when we're in the middle of a lawsuit really is not appropriate."

Morrisey won't hint at future goals beyond getting re-elected this fall.

Observers say his newfound prominence could take him, as with West Virginia, to places he never expected. "Patrick Morrisey is in charge of his own destiny politically," said Conrad Lucas, West Virginia's Republican Party chairman.

For Morrisey, tackling a problem with a "little bit of smarts" and a willingness to "outwork" others is a recipe for success. He's quick to add: "When you have an opportunity to make a difference, you take advantage of it."

This story has been corrected to say that the White House declined to comment instead of not responding to a request for comment.