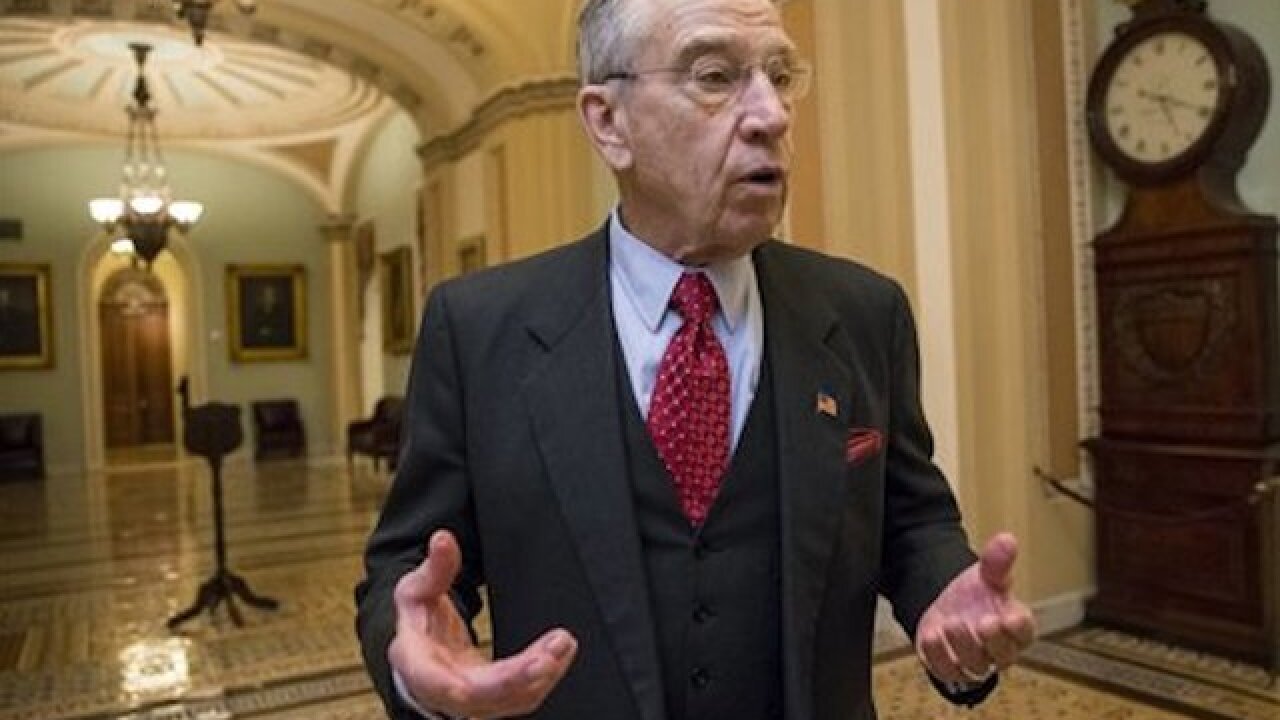 Copyright Associated Press
J. Scott Applewhite
<p>In this Feb. 10, 2016, photo, Senate Judiciary Committee Chairman Chuck Grassley, R-Iowa, speaks with reporters on Capitol Hill in Washington. Grassley has a major say on whether President Barack Obama's nominee to the Supreme Court even gets a hearing. In the past week, Grassley, who is seeking a seventh term, has delivered a muddled message about the fate of any pick. (AP Photo/J. Scott Applewhite)</p>

The RNC says it's forming a task force to advocate against any candidate Obama picks. The party is teaming up with Republican opposition research group American Rising Squared.

Obama is expected to announce his nominee as early as this week.

The RNC has already been looking into candidates on Obama's short-list and will oppose him or her with radio and digital ads, petitions and research documents. The committee says it's building a list of "surrogates" who will make the case in the media.

The party is also naming Democrats it will target including Hillary Rodham Clinton and Senate candidates including Colorado's Michael Bennet and Ohio's Ted Strickland.