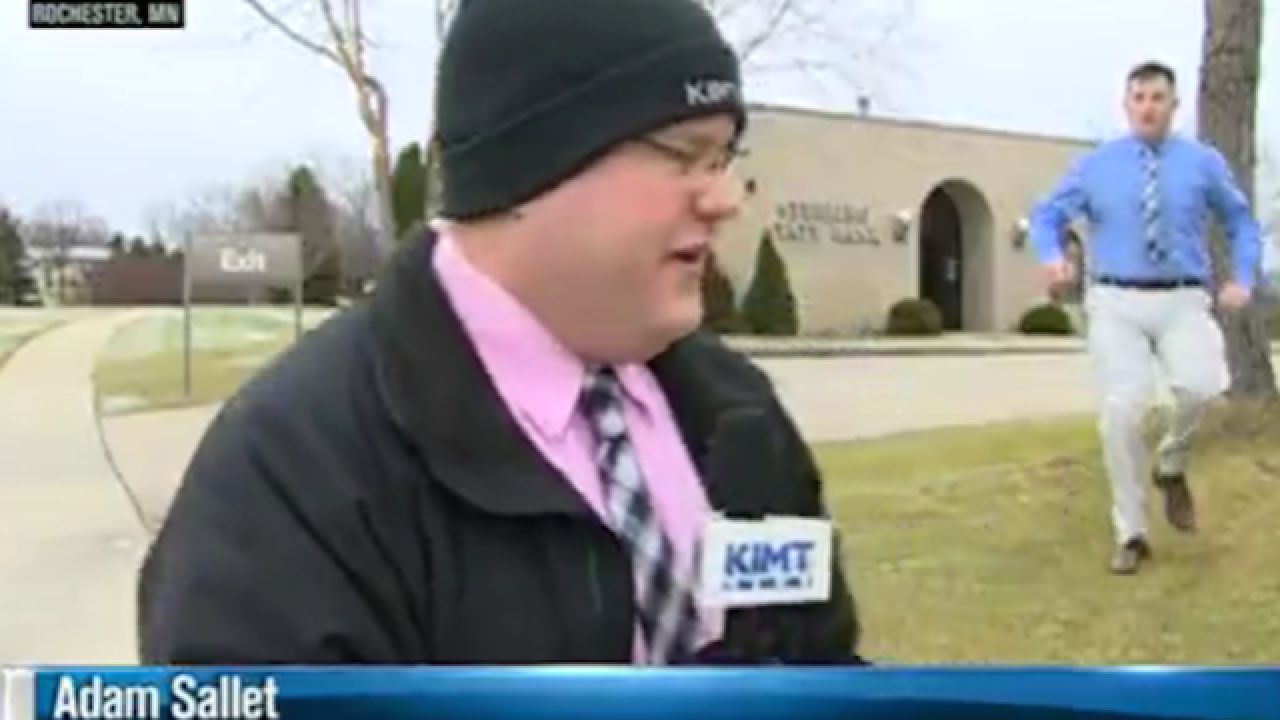 "This is live TV, folks. That's the robber who just went by."

News reporter Adam Sallet, of Iowa's KIMT-TV said that after an interesting moment during one of his live shots on Tuesday.

Sallet was reporting on a bank robbery in Rochester, Minnesota when one of the bank's employees ran up behind him, pointed off-camera and said, "That's the robber!."

Apparently the robbery suspect had just run by the news crew as they were doing the live report. According to KIMT, the suspect was arrested after the report.

See the clip below.