Durst agrees to be extradited to California 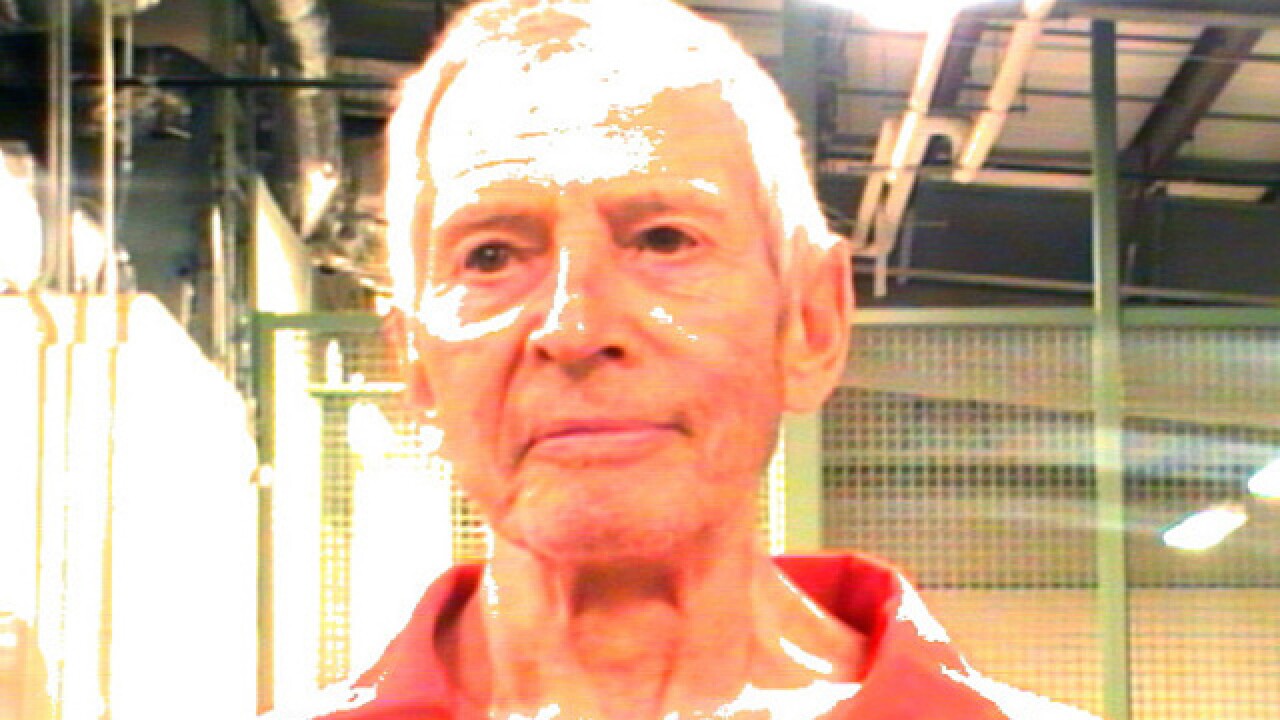 Handout
<p>NEW ORLEANS, LA - MARCH 14: (EDITOR'S NOTE: Best quality available) In this handout provided by the Orleans Parish Sheriffs Office, OPSO, Robert Durst poses for a mugshot photo after being arrested and detained March 14, 2015 in New Orleans, Louisiana. Family member of a prominent New York City real estate empire and subject of a HBO series, Durst has been arrested on a first-degree murder warrant issued by police in Los Angeles related to the death of his friend, Susan Berman. (Photo by Orleans Parish Sheriffs Office via Getty Images)</p>

The Los Angeles County district attorney's office jointly filed an agreement with Durst and his lawyers for his return by Aug. 18. Durst had previously waived extradition.

Court filings have shown that Durst has struck a plea deal with federal prosecutors on a weapons charge in New Orleans.

Durst, an estranged member of the family that runs 1 World Trade Center in New York, faces a murder trial in Los Angeles in the death of his friend and onetime spokeswoman Susan Berman.

The weapons charge has kept Durst jailed in Louisiana since March.

Durst's lawyers have said he is eager to prove he's innocent in Berman's death.

The weapons charge stems from a gun that was found when Durst was detained at a hotel room in March on the eve of a six-part HBO documentary about him, the disappearance of his first wife in 1982, Berman's death, and the death and dismemberment of a neighbor in Galveston, Texas, in 2001.

U.S. District Judge Helen Berrigan in Louisiana postponed Durst's trial on the weapons charge earlier this month to give attorneys time to work out a date to sign a plea agreement. On Thursday, she scheduled a change of plea hearing for Feb. 3.