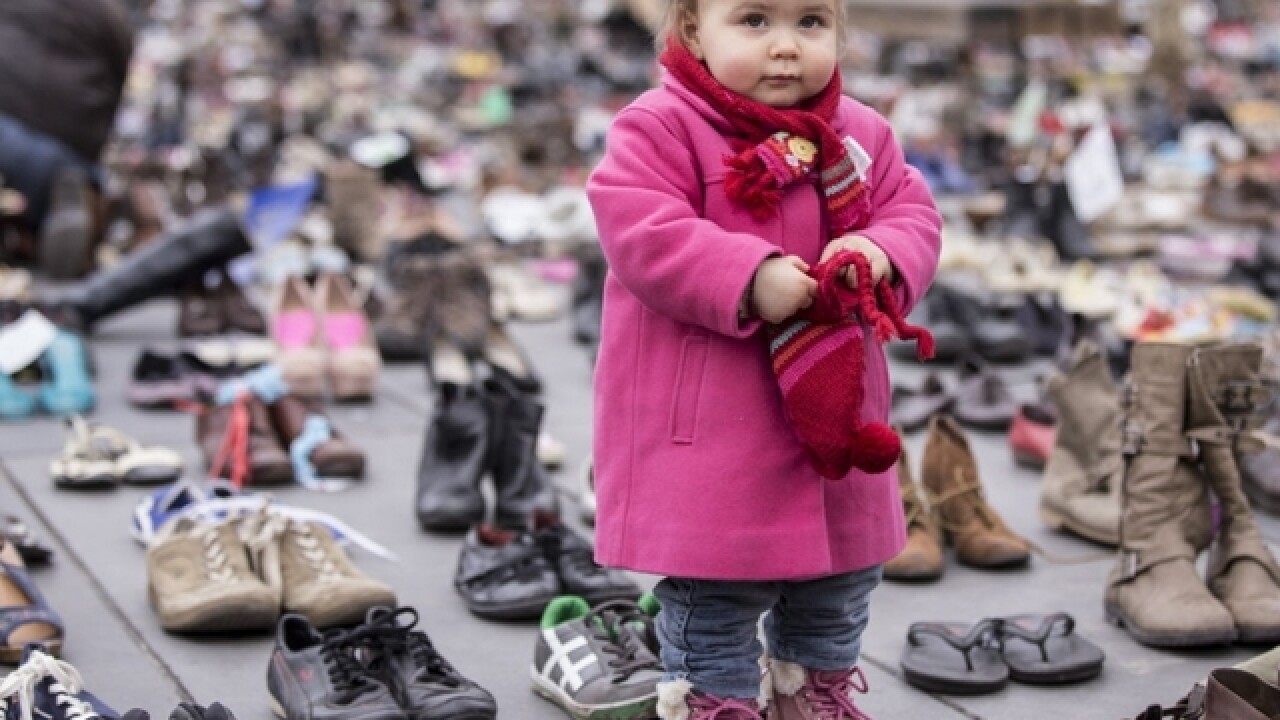 The Eagles of Death Metal band is kicking off its rescheduled European tour Saturday in the Swedish capital, three months to the day after the Paris carnage.

In an emotional interview on Sweden's TV4 channel, Hughes spoke with tears running down his cheeks. He said, "I am a raw nerve."

Hughes, co-founder of the band recalled that in Paris he "didn't see a single coward, I didn't see anyone doing anything cowardly."

He said he "instantly knew what was happening" on the fateful Friday night before band members dispersed to escape the carnage. "There is heaviness in my heart."

At total of 130 people were killed in the French capital in coordinated attacks.

The band performs at Stockholm's Debaser Medis club before traveling to Oslo for a concert Sunday. The California band will play at the Olympia Theatre in Paris on Tuesday. The tour ends in Cologne, Germany, in August.