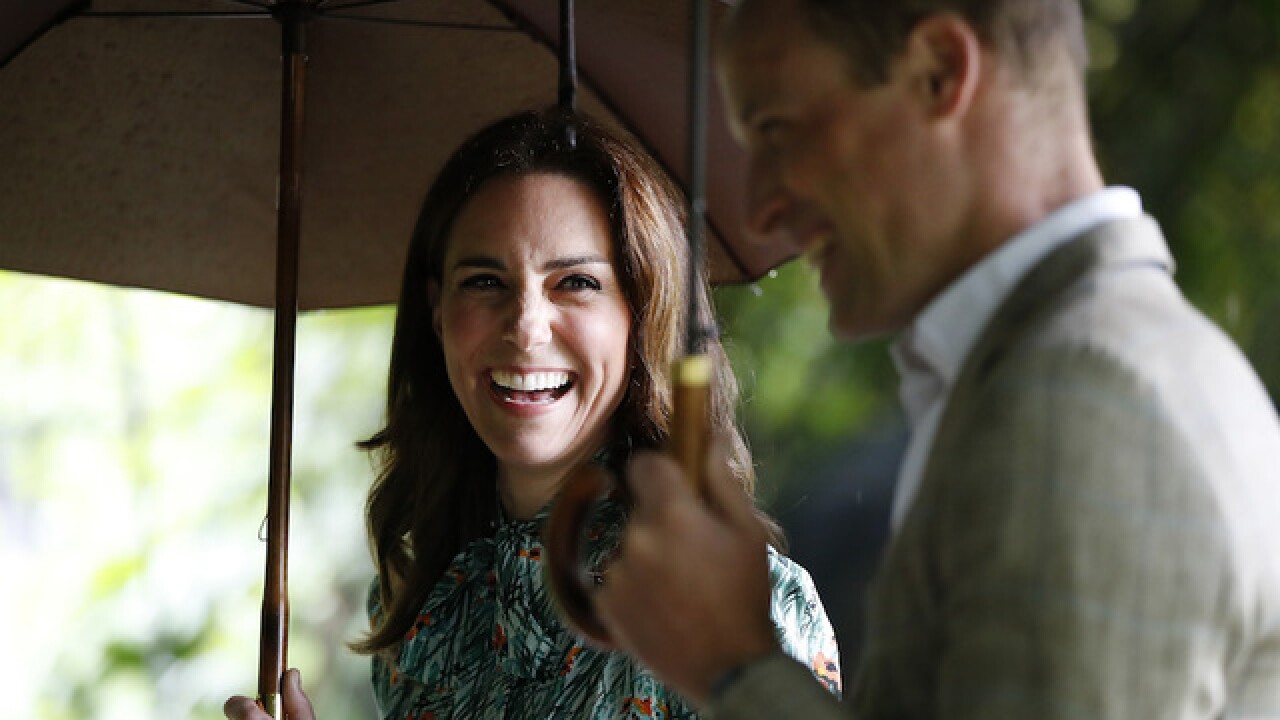 Britain's Prince William and his wife Catherine have revealed that their third child is due in April next year.

"The Duke and Duchess of Cambridge are delighted to confirm they are expecting a baby in April 2018," Kensington Palace's official Twitter feed posted on Tuesday.

Kate's pregnancy was announced by the Palace last month.

At the time, she was said to be suffering from hyperemesis gravidarum , severe levels of nausea and vomiting, a more serious health risk than the morning sickness many women suffer during early pregnancy.

The duchess was affected by the same condition during her two previous pregnancies.

The newest addition to the royal family will be William and Kate's third child, a brother or sister for Prince George, aged four, and Princess Charlotte, two.

The baby will become fifth in line to the throne, behind big sister Charlotte, bumping William's brother Prince Harry further down the line of succession.

A change in the law after William and Kate were married in 2011 gave women the same rights of accession to the throne as men.

The child will be Queen Elizabeth's sixth great-grandchild.

The Cambridges moved back to London this year so that they can take on more royal duties on behalf of the Queen and her husband Prince Philip. The 96-year-old prince retired from public duties in August.

Prince William, 35, had been working as an air ambulance helicopter pilot for the past two years. It was the first time a royal who is in direct line to the throne had taken a civilian job; he donated his salary to charity.

Since 2014, William and Kate have used Apartment 1A at Kensington Palace in London -- which underwent a $7.6 million overhaul in 2014 -- as their official residence.